Amanda Mansfield has faced challenges in her life: the disapproval of her critical father and the near-fatal accident that ended a promising military career and resulted in her transformation to cyborg. Now a Cyber Operations field agent, she volunteers to lead the most dangerous Cy-Ops mission ever: infiltrating enemy territory to find the secret hideaway of a terrorist mastermind. The last thing she needs is an added complication.

Like him. Sonny Masters. Her partner. A streetwise former thug turned cyber operative with a lethal grin who doesn’t understand she’s charge and does not require his protection. He’s everything she dislikes—and everything her body wants.

If they can keep their hands off each other long enough to complete the mission, they might just get out alive…

Trapped with the Cyborg (Cy-Ops Sci-fi Romance 4) is a standalone read.

Add Trapped With The Cyborg to Goodreads 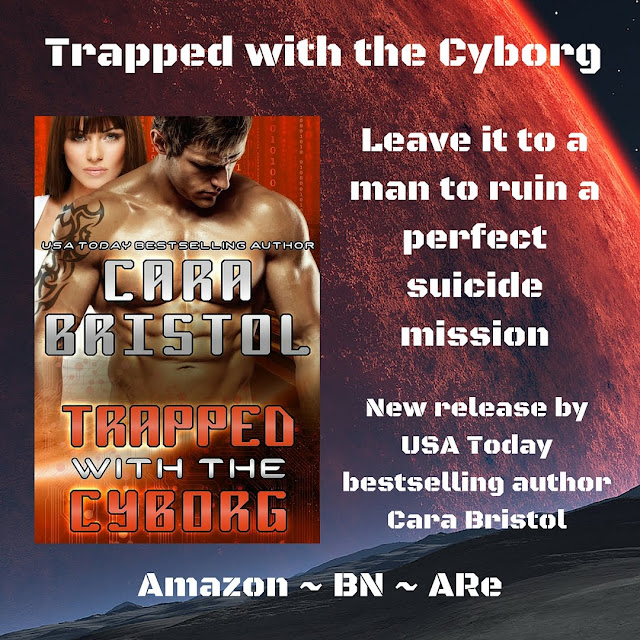 Sonny Master is the type of cyborg you could call the strong silent type. He's list of those he calls friends is smaller than the length of his arm. So as a private man, those missions that one would consider a suicide mission are the ones that he's first to volunteer for.

Amanda Mansfield is a woman on a mission, prove that a female cyborg is just as strong and capable as a male cyborg. Having never made her father proud of her accomplishments, she pushes herself to into one dangerous situation after another. When she sets her mind to something, there is no stopping her. And this next mission just may the most impossible on yet.

Amanda may be in the lead agent on this mission, but Sonny's protectiveness will reach new heights as feelings he never expected to have grow with every second he spends with the hard headed, strong willed, beauty that is Amanda. If only they can get out of this mess alive.

This book is something special, in more ways than one. Unlike the previous books, this couple got together before they knew they would be working together. They acted on their mutual attraction, which was carried into their mission. Their passion drives them on the mission and into each other's arms. Their desire to have a future outside of their job sustains their arduous trek behind enemy lines.

I loved that each are strong, independent, and like things their own way. They stand for what they believe in, even if the other is exasperated by it. But it's the intensity of their love that will keep you captivated until the end. Theirs is a love that knows no bounds. 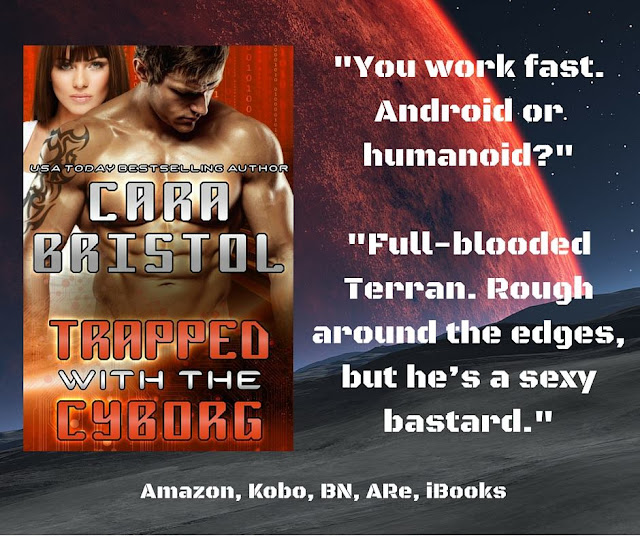 He signaled the android and motioned to their empty glasses. “Bill these to my room.”

“I’m more than capable of paying for my own drink.” She huffed.

He confirmed with the android. “My tab.” He motioned for Amanda to lead the way out of the lounge. “We’ll work out the details later. We can arm wrestle for it.”

“Why are you coming with me, then?”

Amusement rumbled up from his belly in an explosion of genuine enjoyment. Son of a bitch, he wished he had more time. A rare pang of regret shot through him. Cy-Ops had been good to him, and he didn’t regret this career path, considering what his alternatives might have been. The lives of those he’d helped—were better for it. But, yeah, sometimes he wished he had a woman waiting for him. He had a hunch from this point forward, when he pictured that imaginary woman, she would have Amanda’s face.

“Thank you,” he said, and rubbed the scar cutting a bare swath through facial stubble.

“What happened?” she asked.

“I didn’t grow up in the best part of town. A gang of thugs who thought they were hot shit roamed the neighborhood, spoiling for a fight. They rarely had trouble starting one.”

He shook his head. “I was one of them.” He traced the thickened, puckered skin. “I deserved this.” He’d omitted he’d started the fight in defense of his sister. It mattered little his motives had been inculpable that time. One good deed did not undo a multitude of bad ones. With his disreputable background, he hadn’t sought medical attention. His facial wound hadn’t healed properly, and he’d been left with a significant scar. Still, he’d survived life on the streets and emerged less scathed than some. Than his sister.

He fingered the souvenir of a misspent adolescence. “I’d like to say this ended my association, but I can’t. I was a slow learner, I guess.” Not to mention a thug. A gang member. A criminal.

“So, what got you out of it?” She halted and peered up at him. The top of her head would graze his chin if he were to hold her. Which he wanted to do. Horizontally, while she clenched around him. “I assume you’re out of it?”

“Yes. You’re not in any danger with me.”

“Because you think you can kick my ass like you did the Malodonian?” 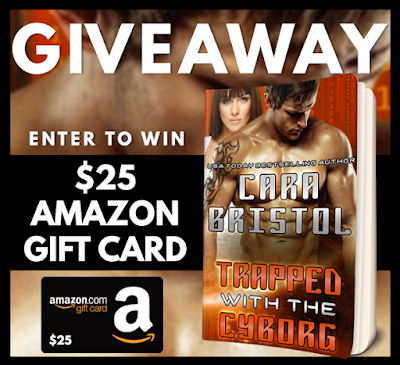 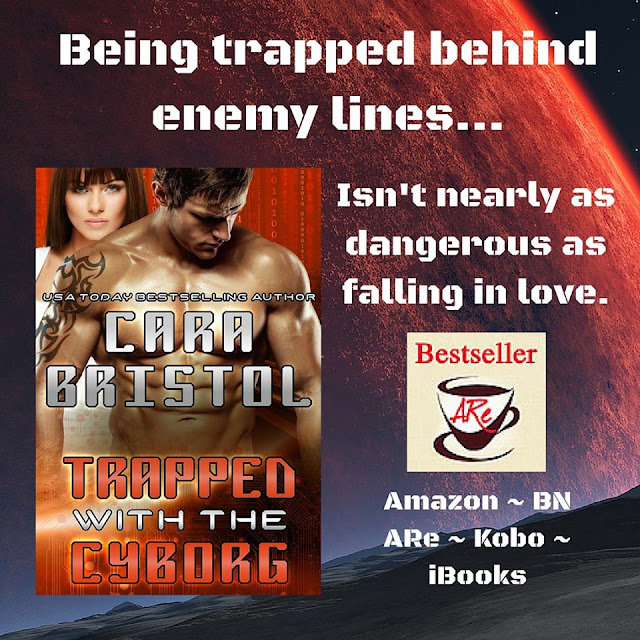