Blog Tour & Giveaway ~ Seared On My Soul by Cole Gibsen

She’s so young, so full of life…

I couldn’t let her die…

Even if she made the world’s worst coffee.

Emily Garret never asked to be rescued, let alone by a walking JCrew ad whose idea of fun is probably managing his stock portfolio and watching the nightly news. Then again, she never thought she would wind upside-down in a ditch after a night having a little too much fun.

Reece Montgomery never planned on being anyone’s hero, especially the foul-mouthed, bleach-blonde barista from the local coffee shop. He thinks there’s more to Emily than her tattoos, and lip ring, but getting close means letting her into his past and meeting his ghosts.

And he’s not sure she’s ready for that battlefield. 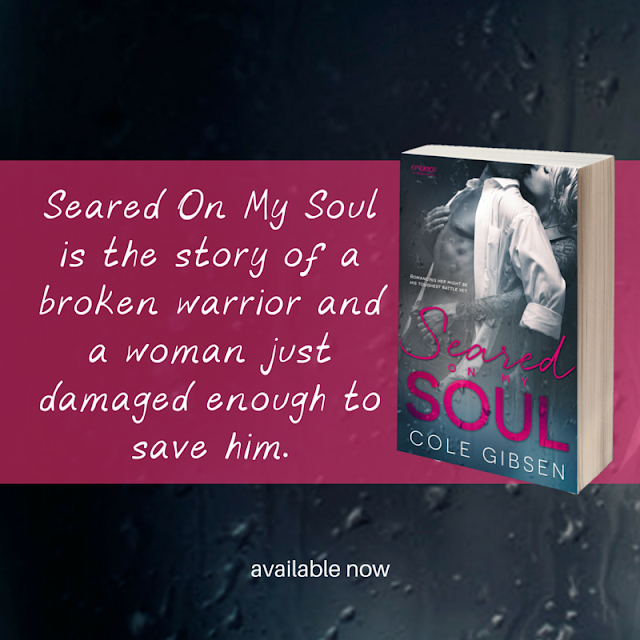 “You know, Reece, you’re not as stuffy and uptight as I thought you were.”

I chuckle. “Thanks? You’re not as loud and obnoxious as I thought you were.”

She laughs before falling quiet. After a brief silence she says, “I’m glad we did this. It was bizarre, awkward, and I thought we might be going to jail for a minute there. Still, I had fun.”

“Me, too.” Though, I’m not sure fun is the right word to describe it. Last night, when I held her in my arms, a piece of myself I thought was dead and gone returned to life.

“Promise me one thing, Reece?” She tilts her head to the side.

“Don’t be a stranger, okay? Maybe we can exchange numbers?”

I nod, even as I study every line of her body, trying to commit it to memory. I want to remember how she is in this moment—messy hair, no makeup, and smelling of sugar. I want to remember her, because I, the Boy Scout, lied. I won’t be dropping by her apartment, and I won’t be calling. As amazing as she is, she’s too dangerous to be around.

In the military, we’re trained to survive. Last night, this woman found a way through to my humanity, but I’ll be damned if I let her into my heart—whatever little there is left of it. 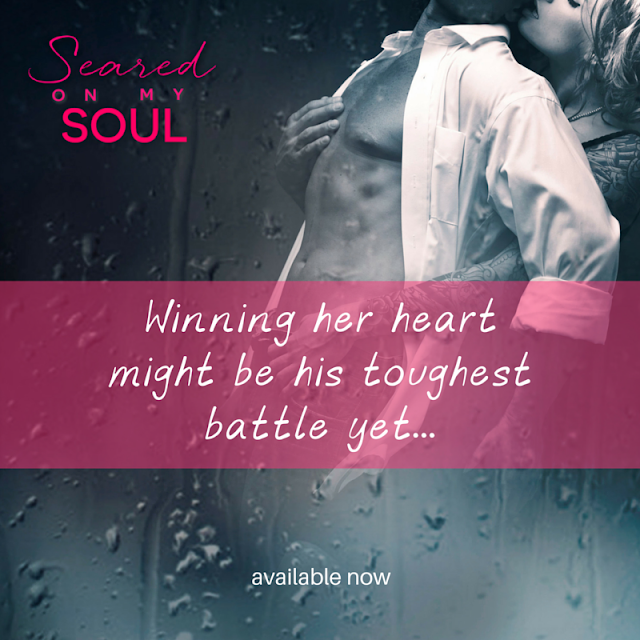 At seventeen Cole found herself homeless with only a beat-up Volkswagen Jetta and a bag of Goodwill clothing to her name. The only things that got her through the nights she spent parked in truck stops and cornfields were the stacks of books she checked out from the library along with her trusty flashlight. Because of the reprieve these books gave her from her troubles, Cole vowed to become a writer so she could provide the same escape to readers who needed a break the reality of their own lives.