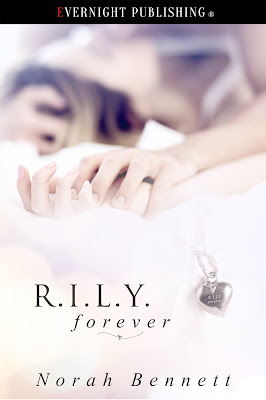 Julia and Ethan meet at the age of sixteen and are drawn to one another, first as friends then as lovers. When everything and everyone Julia holds dear is threatened, Julia is forced to do the unimaginable. Under a veil of secrets and lies, the young lovers are violently separated. The last time Julia sees Ethan, he gives her a heart-shaped silver locket with the inscription, R.I.L.Y. Forever.

Twenty-two years pass before Ethan and Julia’s lives intersect again in a small town in Northwest Jersey. Their reunion is unexpected and emotional. Their passion reignites and their relationship flourishes despite Julia’s abusive ex-husband and Ethan’s possessive ex-wife. But the past rears its ugly head and the lovers soon discover that a foundation built on secrets will always crumble. Can Ethan and Julia overcome their painful past and learn the lessons of honesty, trust, and forgiveness in time to save their love? 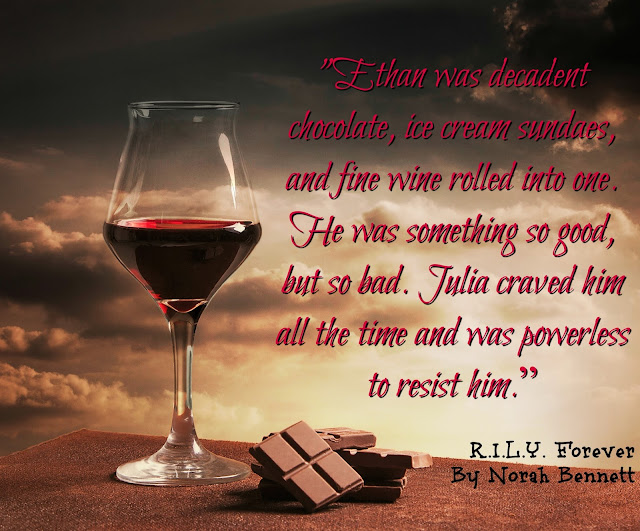 Julia stopped walking, thinking, breathing! Her world narrowed to him—his tousled, thick, brown hair, his mesmerizing gray-blue eyes that changed with his every mood, and his long, thick lashes that were the envy of every girl in high school. Julia devoured Ethan with her eyes. She couldn’t help herself. She was starved. He was taller and more built than she recalled, but his handsome face with its square chin, slightly crooked nose from years of playing football, and full, sensuous lips, was the same image that visited her dreams nightly.

Julia knew the instant he became aware of her. He stopped answering Aimee as his gaze shifted and centered on her. His pupils widened and his eyes darkened to a smoky gray. Aimee followed his gaze. Her brows furrowed and she took a step toward Julia. But Ethan grasped her elbow and shook his head.

Julia’s eyes never left Ethan’s tall, muscular frame as he walked toward her. The room and all its inhabitants fell away until there was only him. The soft caress of his eyes touched every inch of her. She studied his face, but his expression was neutral. He stood silently examining her and it was left to Julia to break the silence. The problem was she had no idea what to say. No words were adequate to express how she felt. But as her eyes locked with his, she hoped they voiced what her lips couldn’t. She missed him. Missed him every second, minute, and hour they were apart. When he was hers, he was her best friend, her lover, her confidant. He was her everything. When she lost him, the ground beneath her feet shook so violently, it brought her to her knees and it took years to learn how to stand on her own, without him.

Tears pooled in Julia’s eyes and spilled down her cheeks. She wrapped her arms around herself. Ethan’s assessing gaze tracked her every movement and then his eyes, followed by his mouth, softened. 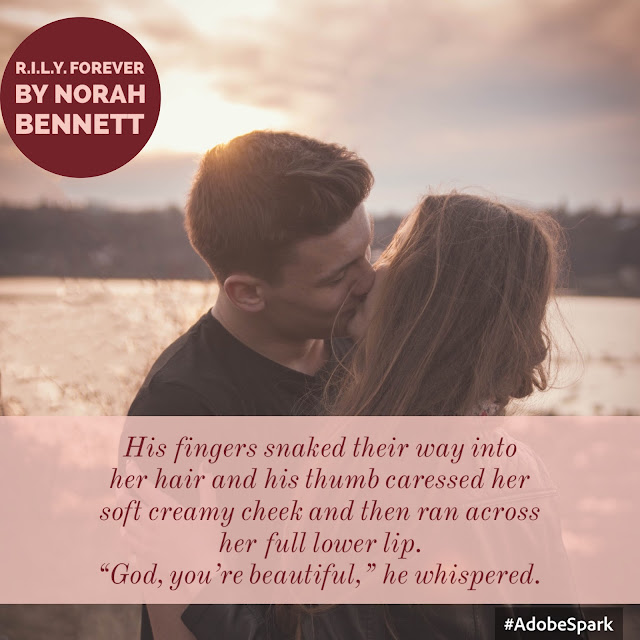 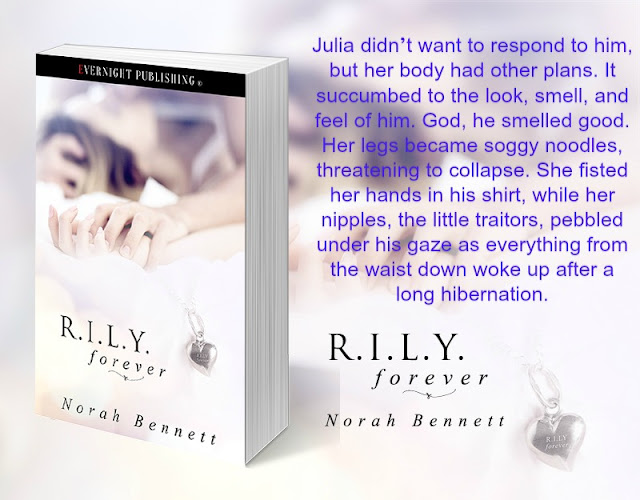 Norah is a contemporary romance writer living deep in the woods on a lake in NW Jersey. She has been married for thirty years to the love of her life. She has two adult children, a Great Dane, a Maltipoo, and a Cockatoo. There is never any peace in her house and she likes it that way.

By day she is a serious professor and administrator at a university in the Northeast. By night she lets her imagination flow as a romance writer. Although it is incredibly hard to balance both worlds, it’s a hell of a lot of fun walking around having this delicious secret, this alternate life that few people know about. Welcome to the world of Norah Bennett.