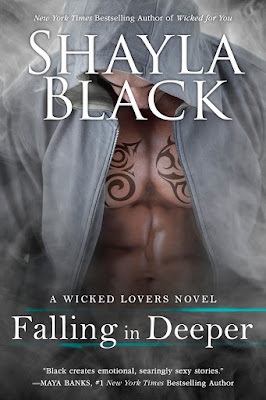 A tragic past threatens to destroy a passionate future in this dangerously sexy new novel from the New York Times bestselling author of Wicked for You.

After a violent tragedy nearly destroyed her, Lily Taylor ran away, changed her name, and started over. When her deadly nemesis resurfaces to eliminate his loose end, she turns to the last man she should trust—a stranger with a history of violence and an intoxicating sexuality she can’t refuse…

Though strong-armed into locating Lily to help put away a drug lord, ex-con Stone Sutter isn’t anyone’s snitch. When he finds the terrified beauty, he vows to keep her safe—but he isn’t sure he has the strength to shield her from his own desires.

As an unquenchable fire sparks between them, Lily’s tormentor stalks ever closer, and she must overcome her darkest fear to survive. Can she trust the bond she and Stone have formed as they’re falling in deeper? 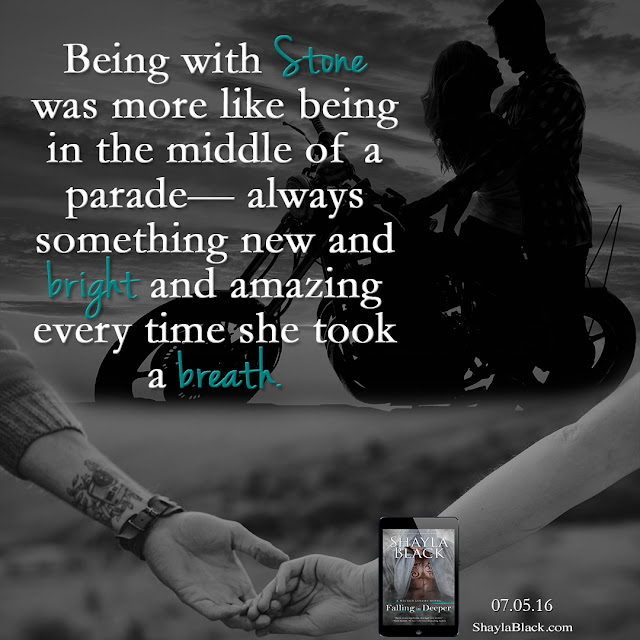 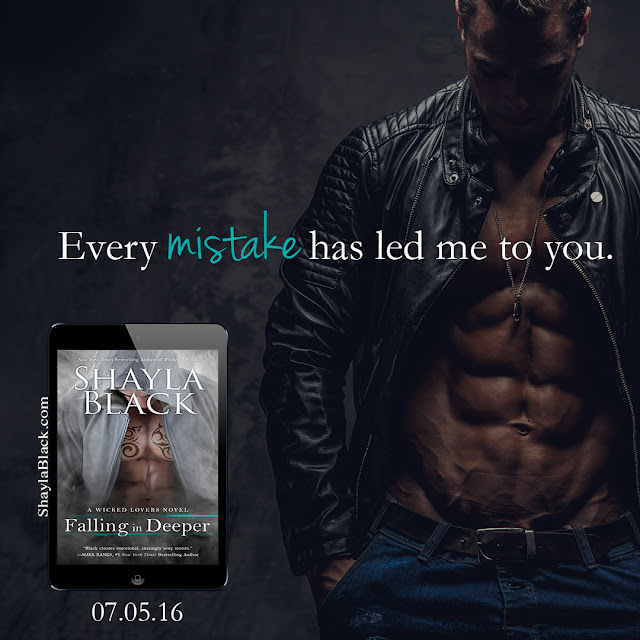 “Oh, fuck. You’re so beautiful. You need this now, don’t you? Yeah,” he agreed when she nodded frantically. “Let it take you under. Let me hear you scream.”

Lily couldn’t think of anything she wanted more. As she circled her hyperaware nerve endings again, her body jerked. Desire surged. When Stone bent to take her nipple in his mouth, she clasped the back of his head and anchored him to her. Not that he’d do anything except help her drown. But this time nothing would be sweeter.

He dragged a hand up to her other nipple and tangled his fingers with her own. Together, they manipulated the tip of that breast while he sucked the other hard and scraped the very tip with his teeth.

Sensations mounted again. She felt like a vessel filling up with blood, with need, with an imminent explosion. It was right there . . .

Her legs shook. Her hips jerked. She whimpered, strained for it. She tasted need.

But she couldn’t seem to fall over the sweetly sharp edge.

Lily pressed harder against her clit, narrowing her circles, focusing on just how good this was going to be. The seconds ticked off in her head, slowly becoming minutes. The exquisite need was its own form of hell, and she couldn’t seem to escape.

The torture dragged on, and she saw no way out. She squeezed her eyes shut, feeling defeat begin to creep in.

Stone sprang into action, popping her nipple from between his lips and grazing her ear with his lips. “You got this, baby. Focus on my voice and close your eyes. Yeah, I know that’s hard, but I’ve got you.”

Oddly, she already believed that.

“Picture yourself naked and me standing over you, stroking my cock. You know I’m going to tell you how sexy you are and how much I want you. Imagine that I’d fall to my knees between those pretty thighs. When you hold your arms open to me, I’ll go right into them. Then I’m going to kiss you, touch every lush, tingling curve of your body, and when you’re begging, that’s when I’ll slide inside you. Deep. That’s when I’ll stroke you slowly and thoroughly and make you claw my back as you come.”

As he spoke, her desire and racing blood clashed, merged. Everything inside her roared to a screaming crescendo. The wall she’d been slamming into, preventing her from falling over, disintegrated. She envisioned exactly what Stone told her to picture. She saw herself being not just perfectly able but eager to lie back and welcome him inside her as he gave her mind-blowing pleasure and she surrendered herself completely. 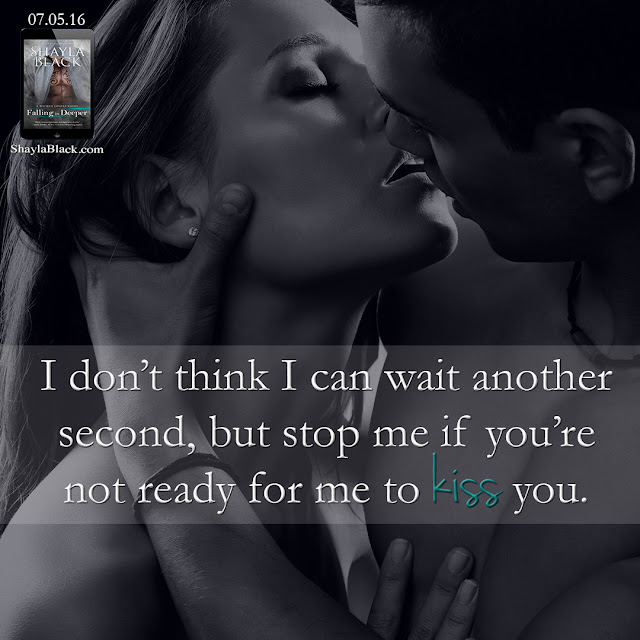 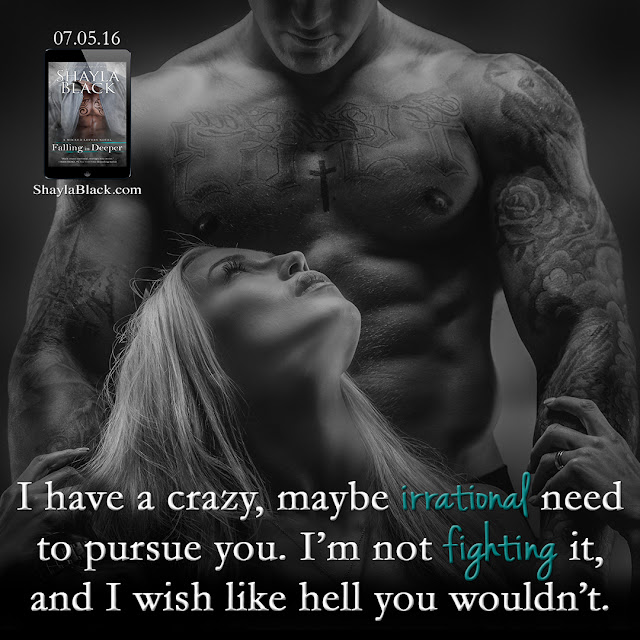 Raised an only child, Shayla occupied herself with lots of daydreaming, much to the chagrin of her teachers. In college, she found her love for reading and realized that she could have a career publishing the stories spinning in her imagination. Though she graduated with a degree in Marketing/Advertising and embarked on a stint in corporate America to pay the bills, her heart has always been with her characters. She’s thrilled that she’s been living her dream as a full-time author for the past seven years.

Shayla currently lives in North Texas with her wonderfully supportive husband, her teenage daughter, and a very spoiled cat. In her “free” time, she enjoys reality TV, reading, and listening to an eclectic blend of music. 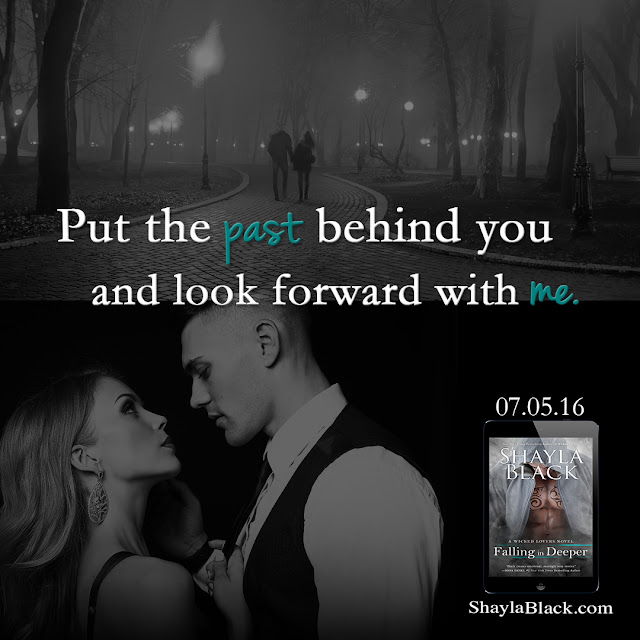