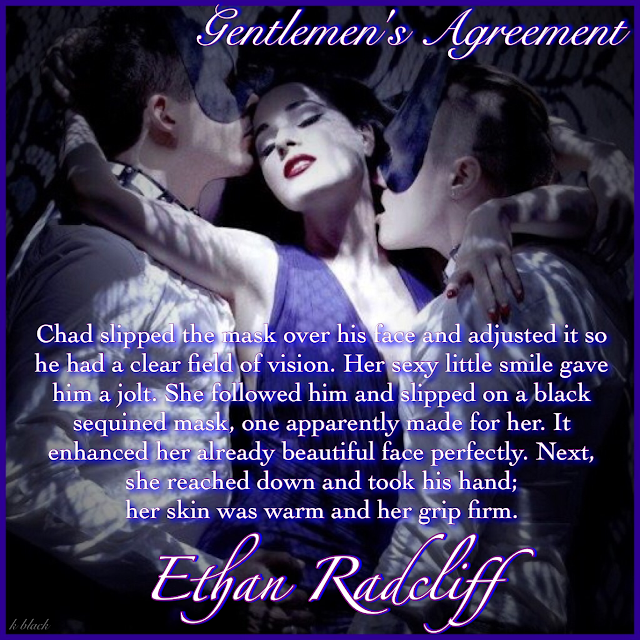 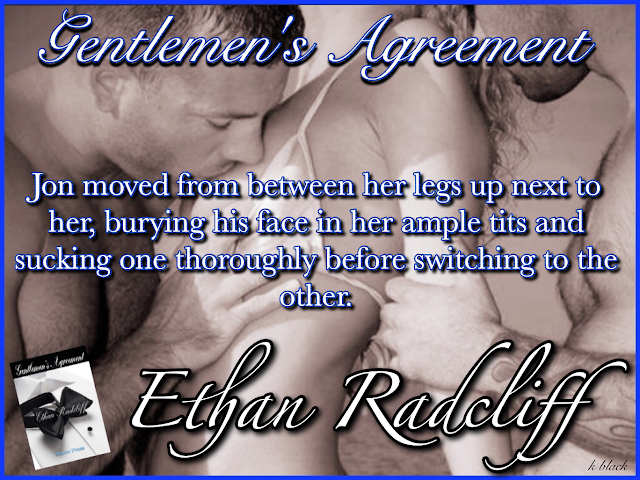 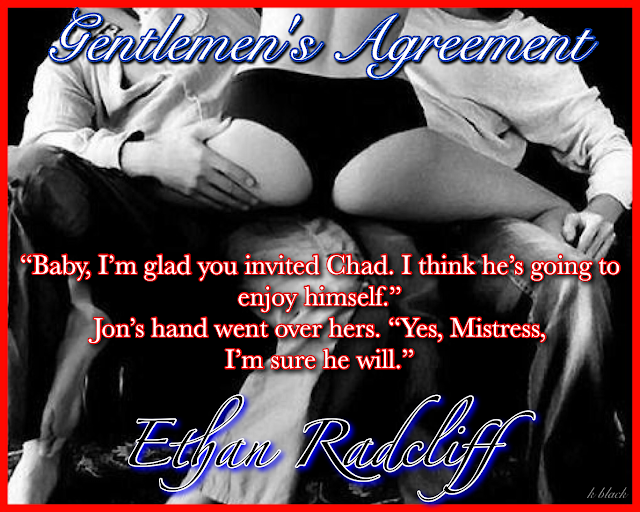 What now had caught his attention was the woman with Jon. He let his eyes wander seductively over her. He’d seen imposing women before, but her tall, lithe body and auburn hair took his breath away. As they neared, he honed in on her cat-like emerald green eyes. Son of a bitch, he thought, had his best friend, Jon Lasiter, been holding out on him? The decadent and devious thoughts running through his head caused warning bells to go off as the blood rushed to his cock.

He grinned broadly, catching Jon’s attention. It was obvious he irritated him because that small nervous tic in Jon’s right cheek was in full swing. Chad sat back in his chair and attempted to make eye contact with the beautiful woman, and when he did, their eyes locked.

Now it was Chad who became unnerved as the tip of her pink tongue ran along her full bottom lip. Chad swallowed slowly.

The corner of her mouth rose slightly as she smiled, or was that a smirk? She eyed him carefully from head to toe. He squirmed a bit in his chair from the intensity of her seemingly casual appraisal. Was she was sizing him up? More warning bells rang loudly. Son of a bitch, she was looking him over, perhaps sniffing out her next victim. The hairs on the back of his neck bristled and his cock twinged. The air around him was charged...was he intimidated? If so, this was a first.