Playing with Piper
Playing For Love Series #3
by Tara Crescent 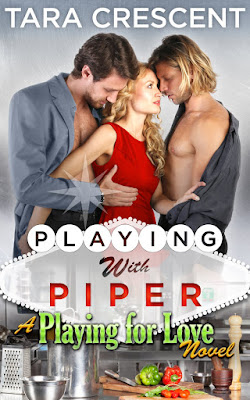 They're fixing her restaurant. Can she fix their hearts?

Piper Jackson wants to make a play for her two hot partners...

Owen Lamb has been playing a role his entire life...

After his parents were brutally murdered in a gang war, Owen changed his appearance and fled the country. He’s lived in peace and quiet for many years, but now, an old enemy has resurfaced. Everyone Owen cares for is at risk. Especially Piper…

Wyatt Lawless has played into his blackmailer’s hands...

For twenty years, Wyatt has kept a secret that has the potential to destroy his life. Now, the truth is about to be revealed, and everything Wyatt has built is about to come crumbling down. Unless he can trust Owen and Piper…

When the stakes have never been higher, can the three of them trust each other and make a play for love?

Note: Playing with Piper is a stand-alone ménage novel (mfm) and part of the Playing For Love series. Intended for mature audiences only. 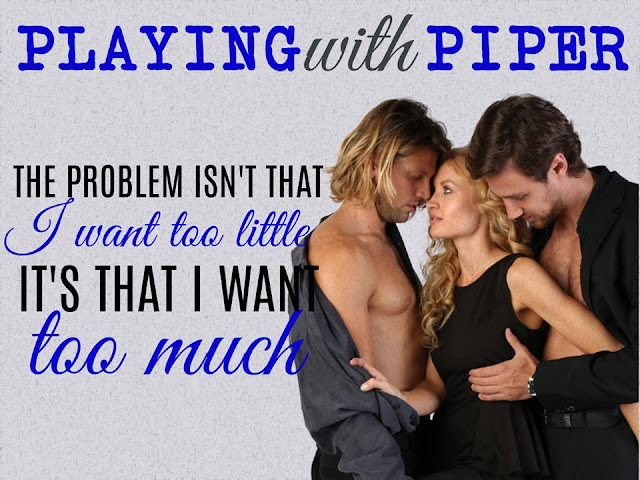 I am loving the Playing For Love series and Playing For Piper is fantastic addition to this series.

Piper is a strong willed Southern girl, but she's been dealt a hand that is harder than she first thought. Her dream was always to be chef, even if her parents hated the idea. She's left a restaurant upon her aunt's death, but the terms of will are very specific with what and how she runs it. She's barely treading water but refuses to give up just yet.

In walks two very sexy men with a proposition that makes it hard for her to refuse. They'll help her with her career but there is something more that they want from her, even if they don't mix business with pleasure.

Owen and Wyatt are sure about one thing, there is something special about Piper. They misjudged her at first, but now that they've gotten to know her, they respect her. She's talented and want her to succeed, and they'll everything within their power to make it happen.

Thier relationship is unconventional but it's everything they want and desire it to be. Piper never thought she'd be in this situation, but now it's the only thing that she wants. Owen and Wyatt have shared women in past, but this time they want something more substantial. They each of something in the past that could break their new relationship, so they will have to overcome their past to achieve the future they want.

This book is enchanting and divine. I love how Own and Wyatt support Piper and make her see that she's stronger than she believes. Piper may be naive in a lot of things, but when to comes to Owen and Wyatt, she's there for them. If someone attacks one, they attack all three.

I am enraptured by these three. Their passion is scorching and flows of the pages in abundance. This book is a seductive, heart pounding, thrilling read that will make you hungry in more ways than one.

In my spare time, I write of course. I also read, garden, travel, cook, and almost never clean. I just started watching Walking Dead on Netflix (zombie erotica, anyone?), and I’m impatiently awaiting the next episode of Doctor Who. (I would kill for a TARDIS.)

I’ve scribbled bits and pieces all my life, chiefly inspired by what I’m reading, which tends to be mainly science-fiction and fantasy, with a healthy sprinkling of romance and erotica thrown in.

I’m a huge believer in happily-ever-after, but tempered by real life, where happily-ever-after is possible, but takes work.  My favorite kind of romance stories are ones that are somewhat believable; I like strong men and women who know what they want out of life, and are driven to get it.

I love reader email; I can be reached at taracrescent@gmail.com. 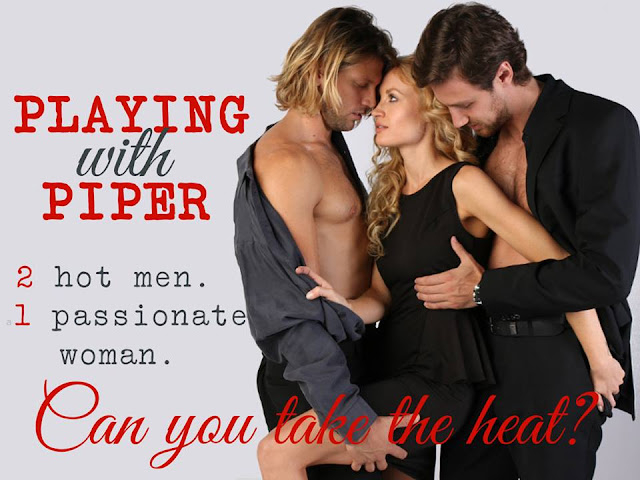