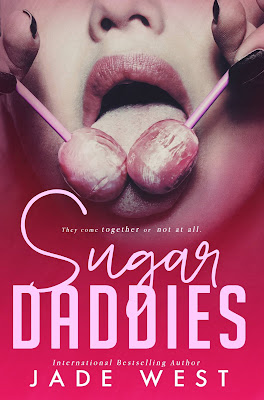 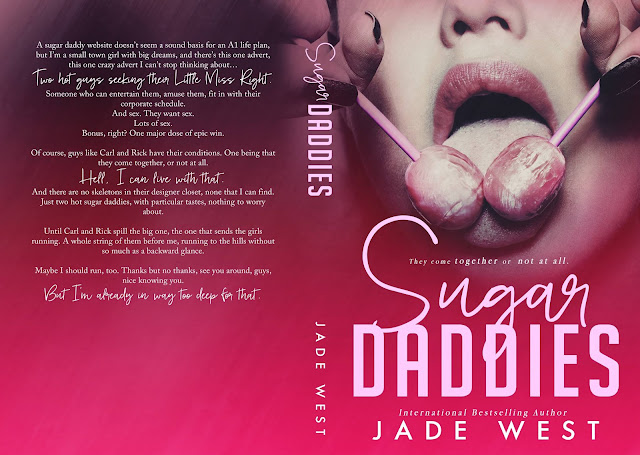 A sugar daddy website doesn’t seem a sound basis for an A1 life plan, but I’m a small town girl with big dreams, and there’s this one advert, this one crazy advert I can’t stop thinking about…

Two hot guys seeking their Little Miss Right. Someone who can entertain them, amuse them, fit in with their corporate schedule. And sex. They want sex. Lots of sex. Bonus, right? One major dose of epic win.

Of course, guys like Carl and Rick have their conditions. One being that they come together, or not at all. Hell, I can live with that.

And there are no skeletons in their designer closet, none that I can find. Just two hot sugar daddies, with particular tastes, nothing to worry about.

Until Carl and Rick spill the big one, the one that sends the girls running. A whole string of them before me, running to the hills without so much as a backward glance.

Maybe I should run, too. Thanks but no thanks, see you around, guys, nice knowing you. But I’m already in way too deep for that.

Warning – as with every other Jade West book, reader discretion is highly advised. This novel contains vivid depictions of MMF / MM relationships, and Jade’s characters, as always, have very filthy mouths. Mature readers only, please. 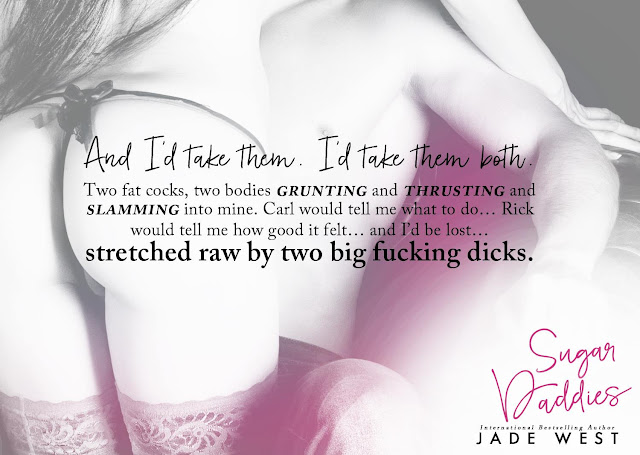 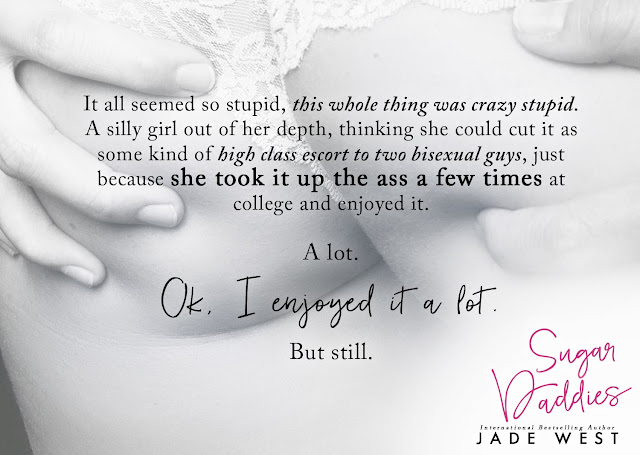 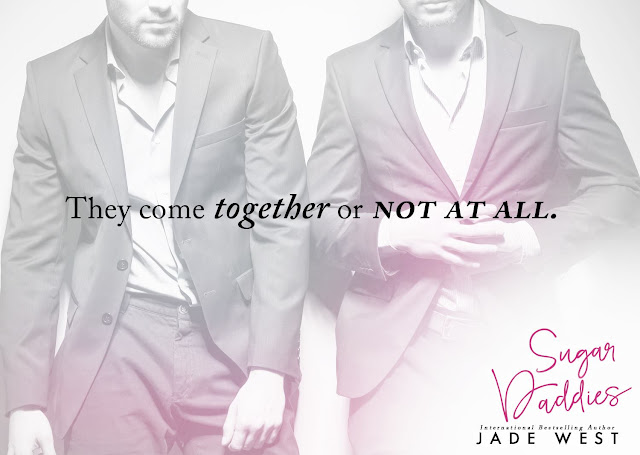 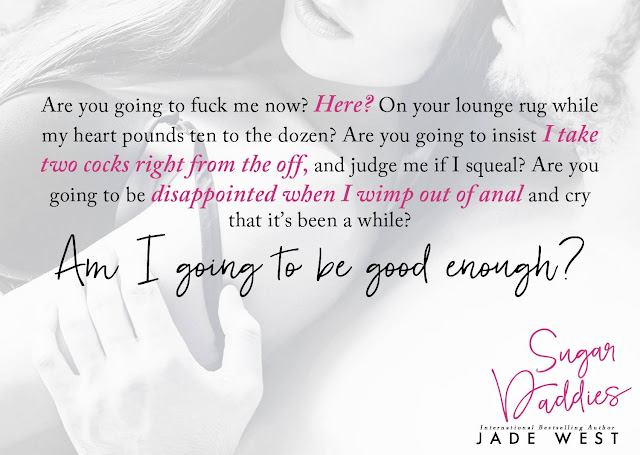 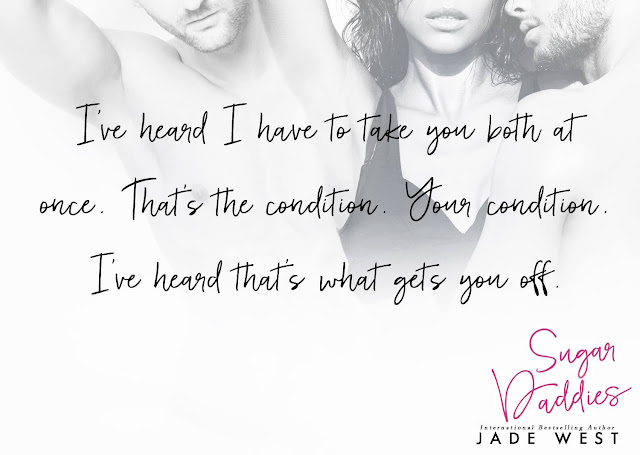 This book is kinky and oh so delicious. I couldn't put it down once I started, and the long night was totally worth it.

Carl and Rick are super sexy, but it's their hearts that won me over. Carl is alpha to the max, but there are reasons behind his demeanor. His past shaped him in the man he is today, but he has a desire that one the perfect person can provide.

Rick is the laid back of the two, having a good life growing up and rather concentrate on the good things rather than the bad. His love for those around him is contagious. I love how he handles Carl when his big mouth gets in the way. When he first comes across Katie ad, he knows that she's the one they've been looking for. Watching him convince Carl is priceless.

I loved the dynamic between the three, but it was Carl that surprised me the most. His heart is deep and profound and the love that he shows for both Katie and Rick is phenomenal. And I like Katie, would love to have these two strong, passionate, devoted men to stand beside me.

There were bumps along the road with this relationship, but I love how they never gave up, fighting for what they long for in their lives.

Jade has increasingly less to say about herself as time goes on, other than the fact she is an author, but she’s happy with this fact.


Living in imaginary realities and having a legitimate excuse for it is really all she’s ever wanted.

Jade is as dirty as you’d expect from her novels, and talking smut makes her smile.

She lives in the Herefordshire countryside with a couple of hounds and a guy who’s able to cope with her inherent weirdness.

She has a red living room, decorated with far more zebra print than most people could bear and fights a constant battle with her addiction to Coca-Cola.