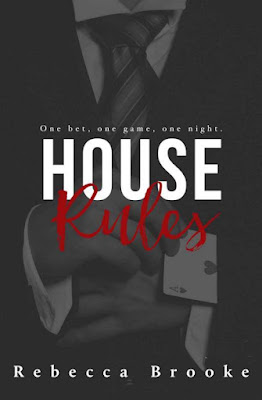 *Note: House Rules is a standalone novel in the Traded Series

I stuck my dick in a different woman every night.

They lined up, pawing at me. All of them wanting to be part of the bad boy prestige that was Miller Hawes.

Then they flipped the river…

And she was mine. Sexy, compelling and the first woman who didn’t fall at my feet. Why can’t I get her out of my head?

I need to focus on taking over the family business. Except all my attention is on one thing and one thing only. 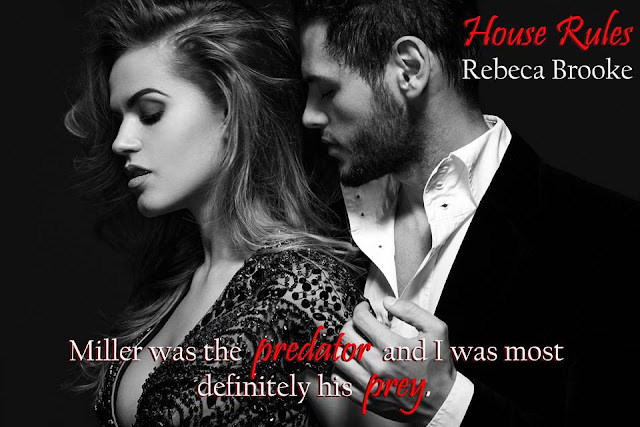 
Walking into the bar and seeing Tess’s ass on display for all to see sent me right to the edge. Then the shit in the booth had to go and grab it, bringing her closer to him. My blood burned, every limb stiffening, every muscle clenched to keep myself from slaughtering the asshole right there in the middle of the bar.

Her ass called to me, putting all the others in the room to shame. As much as I hated to admit it, Tess had the perfect body for the uniform. It would have been perfect, provided I was the only one to see it.

And therein lay my problem.

Why the fuck was I so obsessed? I’d never had a problem resisting women before. They were good for sex, nothing more.

Whatever caused it, I needed to get over it quickly. Too much was riding on me being in control of my life for me to get involved with someone. That didn’t mean I would leave her fate to Nathan Marcello. That bastard didn’t care who he hurt in the process of getting his money. Dad had been trying for years to convince people to stop going to him. Obviously, it hadn’t worked. And now Tess was in his sights.

I pulled my phone from my pocket and took a seat behind my desk. If anyone could find out about Ray’s debts, it was Ashton. He answered after a few rings.

“Shit,” Ashton groaned. “Please tell me you’re not in trouble.”

“Why does everyone always think I’m in trouble?”

“Because every time you ask for a favor, that’s usually the problem.”

I sighed. “Someone’s in trouble, but it’s not me.”

“Stop beating around the damn bush and tell me already.” I could hear papers being shuffled in the background.

When I first opened the club and the bar I thought Ashton had it easy; that he just exaggerated how much hassle running the restaurant was. I always laughed when he whined about it. I mean, it wasn’t like he was cooking every night. Then I opened these two places and realized that the paperwork is never-ending. No matter how much I got done, there were still a million more piles.

“Remember the woman I brought to La Tratoria a few weeks ago?”

He laughed. “Yeah. I was actually hoping to see her with you again. It would get Elena and Mom off your back.”

“I just found out she took a job at Rock Bottom.”

He laughed, which made me suck in a deep breath. “How the fuck do you not know she’s working for you?”

“It’s not like I’ve spent a shit-ton of time here lately. Between the dealership and the club, I haven’t had time to get over here. That’s not why I called.”

“Why are you letting her work there?”

“She needs the job—”

“And you can’t get her one somewhere else? I’ve seen the sleazy as shit outfits the girls wear. You can’t for one moment tell me you want other men—”

“Ashton, would you shut the fuck up for five seconds and listen to me.” Damn he was pissing me off. I had bigger things to worry about than Tess’s ass hanging out, especially if Marcello thought she was bait for Ray Wasden.

“Fine. But I’m not letting this one go. I watched you with her that night.”

I slumped in my chair.

“Marcello’s men broke into her apartment the other night.”

“Why the fuck would Marcello give two shits about a woman you’re dating? It’s not like we’ve bothered with his business, even though he’s a slimy bastard. Besides, he’d be more likely to come after me for that shit.”

It was time for the truth to come out about how I met Tess in the first place. I started with the poker game, all the way up to finding her in my bar a little bit ago.

“Jesus Christ. You won her?”

“I’m trying, but damn Dad was pissed when I first told him about Elena. He’s going to flip his shit over this.”

I ran a hand through my hair. This conversation was almost as frustrating as the one with Tess a few minutes ago.

“He already knows. Trust me it wasn’t pretty. Right now I have to worry about that asshole Marcello and what he wants with Tess.”

“Goddamn it, Ashton. Fine, fuck you. Forget I called. I’ll figure it out myself.”

“Don’t be an asshole. You can’t drop this much shit in my lap all at once and expect me to solve your problem instantly. Give me a minute.”

He had a point.

“All right. What do you know about Nathan Marcello?”

“Only what a few clients have told me, after they’ve borrowed money from him. The bastard is relentless and has no problems hurting someone’s family or friends to get it.”

“Shit. That’s what I thought.” For a moment I wanted to hurl my phone across the room, but that would only end up pissing me off more when I had to get a new one.

“Not that I want to see anyone hurt, but why do you even care? You’re normally the love ’em and leave ’em type.”

That was the one question I’d been asking myself since I walked in and saw that bastard grabbing her ass earlier. She wasn’t mine to worry about, but I couldn’t stop myself from doing it, and the simple thought of Marcello or his men anywhere near her trying to hurt her for Ray’s debt made blood pound through my ears.

The asshole burst out laughing.

“What the hell is so funny?”

“You. You’re confused and tongue-tied over a woman. For years I’ve been watching women behave that way in front of you. Damn if the tables haven’t turned.”

“That’s ridiculous. I only want to help her out of a bad situation.”

He scoffed. “And when was the last time you wanted to help anyone out of a bad situation?”

“Why is that so surprising?” I snapped. “You did it for Elena.”

“Yeah, but I’m not you or Dad. Admit it, the two of you can be absolutely ruthless when it comes to getting your own way. The only time you worry about someone else is if they’re family.”

“No, truth. Unless you consider them family, you don’t give two shits. You like pretty things on your arm, not messy relationships that get in the way. You’re more like Dad then you want to admit. Keep in mind how he and Mom met.”

I slammed my fist against the desk. “Enough.”

Every word he spoke was closer to the truth than I wanted to admit. I was like my dad, but that didn’t give Ashton the right to question my motives. Maybe it pissed me off that he was right, or maybe I was less tolerant because I was so fucking busy I couldn’t see which way was up. Either way, I wasn’t listening to it anymore. My shoulders tensed beneath the fabric of my suit jacket, the desire to hit something overwhelming.

“Holy fuck. The why doesn’t matter. I’m going to see what I can find out about Wasden’s debt.”

“You’ll figure it out, eventually. Until then, I’ll drop it. I’ll see if I can dig anything else up.”

His offer to help went a little way to cool my temper. My muscles began to loosen.

“Let me know what you find out.”

“I will. And when you calm down, think about what I said.”

I already had and wasn’t interested. I’d deal with it later. Right then, I needed his help to keep Tess safe, especially since she was being stubborn as shit about me getting her a place. I decided to ignore his statement. 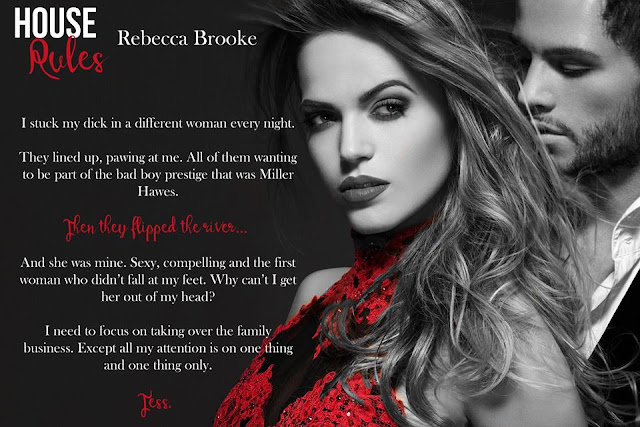 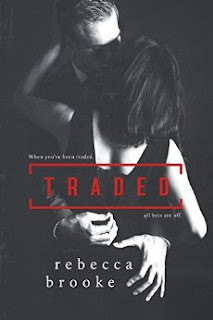 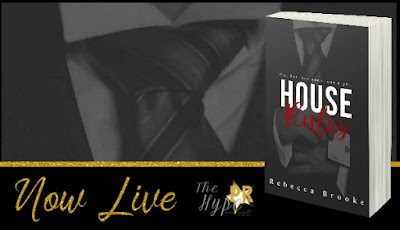 Rebecca a New Jersey native has had a passion for reading all of her life. No matter the genre, turning her dreams into stories for her readers to treasure is more than she could ask for. She lives with her family wishing every day could be spent in the summer sun. 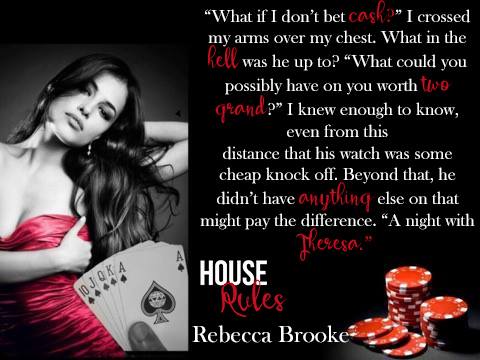