Sophie loves her life: she's traveled the world and lived by her own rules. But when she finds out about her grandfather's heart attack, she drops everything and boards a plane to Ireland. Two weeks, that's the plan. Until one look at her childhood nemesis has her rethinking everything. She's sworn off athletes, but she might just give him a try...


He's the biggest player of all.


Sex and rugby. Those were the only two things Declan cared about, right up until his first love waltzed back into his life. Even as he slept his way through Dublin, he never stopped thinking about her. Never stopped wondering if she thought about him, too. So even though he's never gone after a woman the way he chases down opponents on the field, this time, he won't let her get away.


On the field, he's invincible, but she just might break him.

With my arm wrapped around her shoulder and her head resting against my chest, Sophie had fallen silent. Listening to her deep and steady breathing, I realized she was asleep.

I used the quiet moment to assess my earlier reaction and examine my feelings. Even though I’d pursued her with a single-minded focus, I hadn’t meant for any of this to happen. At first I’d told myself we’d have a good time, enjoy each other’s bodies, but it wouldn’t go any further. But I knew I’d been fooling myself from the get-go. I’d fallen hard … and fast. So incredibly fast. The joke was on me though because for once I was the one looking for commitment from someone who couldn’t return the sentiment.

The way my chest hurt every time I thought about her leaving let me know I wasn’t going to handle it very well when the day came. I’d already watched her leave Ballycurra once with a lump in my throat. I didn’t need a repeat performance. What I needed was to put pull back now, put some distance between us while I still could.

I nudged her shoulder. “Sophie, wake up. We’re home.”

Sitting up, she rubbed her eyes. “Home?”

“My house,” I clarified.

Paying the driver, we exited his car and stood side by side on the wet pavement outside my house.

“It rained,” she observed groggily, wrapping her arm through mine. Looking up at me with a shy smile, she added, “Thanks for today, by the way.”

“I had a good time,” she continued, her eyes searching my face.

“I’m glad,” I answered, refusing to meet her stare. “Be careful, the tiles can be slippery, especially in those shoes.”

Clinging tighter, she whispered, “You won’t let me fall.”

I dragged my eyes to hers. I couldn’t be sure, but suddenly it felt like we weren’t talking about slippery walkways anymore, that there was hidden meaning in her words … and mine.

“Always,” I intoned, pulling her through the door and into me. With her palms resting flat against my chest, I was sure she could feel my heart hammering against my sternum.

Despite the pep talk I’d just given myself, I couldn’t deny how I felt about this woman. She was in my veins. I knew she didn’t trust me not to break her heart, not yet, but I was just as vulnerable. And even though I was probably setting myself up for further rejection, I needed her to know she had a home here. That there was a place for her in my life if she’d only let herself take it.

“You’re safe with me Sophie,” I repeated, my lips dropping to hers. “All you have to do is let me in. I’m yours for the taking.” I kissed her again. “Please, take me.”

Rebecca read her first book when she was four years old and has been hooked on the written word ever since. While working in technology PR in Silicon Valley, she began writing her debut novel and eventually published it six years later. At the end of 2014, she left behind her career in corporate communications to become a full time author. When she's not writing, you can find Rebecca exploring her new city of Dublin, Ireland, watching Leinster Rugby matches, or traveling the globe searching for inspiration for her next book. 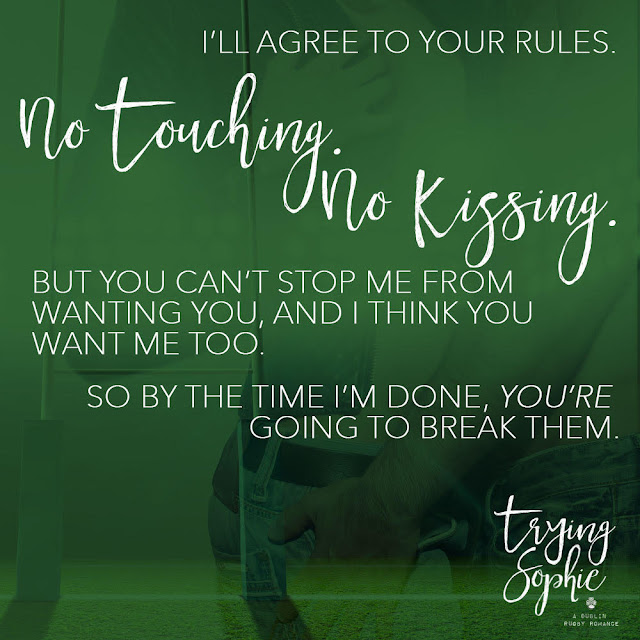 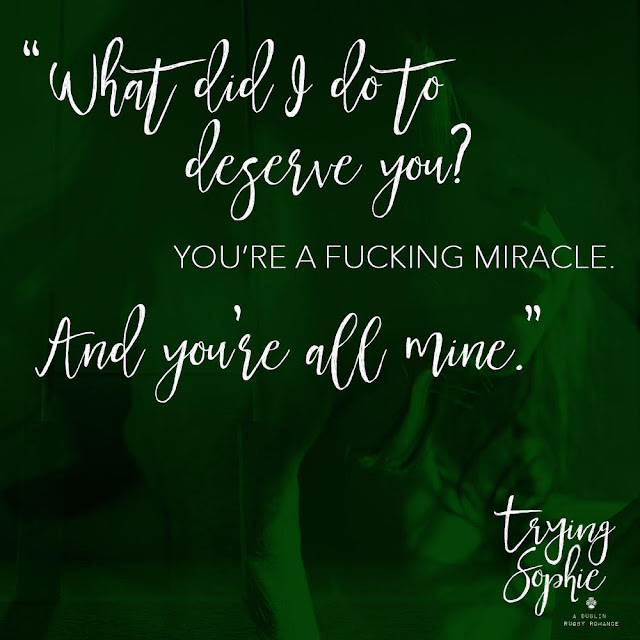