Twenty-four year old Claudia has always been the sensible one. From her boring call centre job right down to her practical wardrobe; flash and extravagant are not part of her normal vocabulary. She may live in Ascot, the home of British horse racing, but the presence of all the moneyed revellers blocking her route home from work are more of a nuisance than a thrill. Until one of them catches her eye…

Peter’s life couldn’t be more different. All his life he’s worked hard to make it in the banking industry, to give his wife all she’s ever wanted. After a day of sipping champagne and watching the races, an indiscretion of hers with Peter’s colleague changes this picture-perfect vision of middle class life forever. He decides to cut and run, only, he hasn’t a clue where he’s going.

A chance meeting by the side of the road brings them together, making them forget their opposing backgrounds. Is passion alone enough to overcome their differences?

Chance Encounters is a series of stand-alone novellas set in jolly old England, following a set of loosely connected people as they find love in unexpected places. Can love conquer all, from class differences to age gaps? Read on and find out. 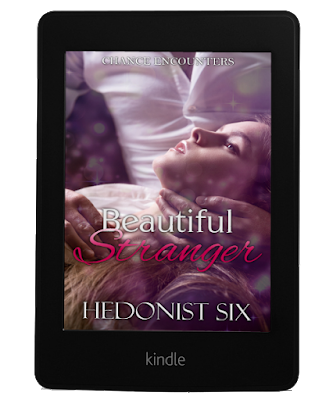 “Well then, let’s see where this goes…” I lean in and brush my lips past his, teasing him with a soft near-kiss. His reaction is instant.

He grabs hold of my sides, just below my underarms and raises me off him. Within the blink of an eye, I’m on my back on the sofa and he’s hovering above me, leaning on his hands placed either side of my head. After a moment spent just looking at me, he gets down on his elbows with his face only inches off my chest.

“You're special, Claudia. Let me show you how special...” He peels my top off slowly, kissing any skin as soon as it’s exposed.

I smile at him, a little more reassured about our situation than before and completely ready for a good, hard reconciliation. When he makes me feel the way I do right now, how can I worry about what may or may not happen in future? Here and now, everything feels right.

With one hand in his hair, I try to guide him towards my nipple which so far he is carefully avoiding; kissing and teasing only the surrounding skin. I impatiently start unbuttoning his shirt before lifting myself and quickly taking my own top off completely.

“In a hurry?” He grins, I just give him a look that says it all.

He leans on one arm and takes my wrist with his other hand. Before I know it, he pins first one arm back against the armrest of the sofa, and then the other. I’m helplessly spread and his appreciative gaze tells me he likes it this way.

He shakes his head and kisses me firmly, gathering both my hands together before I have the chance to regain my composure. His lips make me weak. I can’t take my eyes off his face but quickly get distracted when his free hand finds its way down between us, massaging my thighs from the outside in. Getting ever closer to where I really want to be touched.

I let out a moan and he leans in for a further taste. His tongue slips into my mouth the very moment his hand moves past the waistband of my pants.

“How wet you are,” he groans against my lips.

Bucking my hips upwards, I feel a rush of pleasure come over me as his finger enters me. He’s good, gentle yet firm. He’s also rock solid and straining against my thigh. I try to move around, rubbing my leg against his erection in an attempt to break down his control. It’s working because he pauses mid-kiss and his eyes close.

He presses his cock against me hard but then retreats. My hands are free again when he leans back and sits on his knees between my legs, opening his belt and fly. I quickly rid myself of any remaining clothes and watch him do the same. We’re both naked, except for his red tie. He stares at me, eyes dark and unfocused as he grips his length and strokes himself a few times.

My own hand has travelled down as well, circling my clit and coating it in my own juices. This image appears too much for him and he is on me again, biting and sucking on the soft skin of my neck and guiding his cock inside.

I let out a sharp cry once he’s in. He fills me completely and utterly and I think I’m sold on the idea of us. I want to tell him but can’t speak through the deep, rhythmic strokes. He is focused on me, like a predator on his prey, or perhaps in this case we're both predators in competition with each other, taking turns to please.

My stomach feels taut on the inside, so much tension, anger transformed into passion. I could cry and laugh at the same time, but most of all I just want to keep moving. I run my fingers down his back and he responds by speeding up.

Once again he takes my wrists and holds them firmly above my head. His movements are determined and mostly regular, except the odd twitch and microscopic pause. He wants to be in control but he's failing. I feel pressure building inside me; waves of pleasure increasing in intensity until I’m ready to be ripped open. Moans and gasps fill the room, which I know are mostly mine.

He continues to fuck me faster, harder. The sofa shudders back and forth and I’m done for. My whole body tenses, and I cry—no, I scream.

“Come with me, I need you!” My fingers cringe but have nothing to hold on to. His hands grip me tighter, not letting me move my arms even a little. I look down and see his beautiful body, muscles contracting and relaxing in quick succession; it’s hypnotic and altogether too much. How did I get to be with this man? How come he seems to want plain old me and not someone equally perfect? 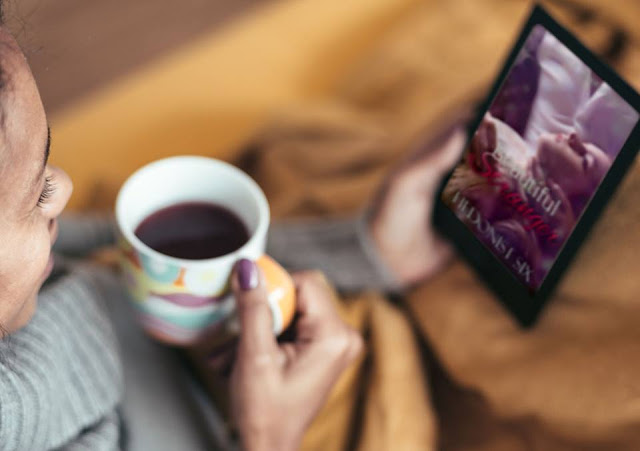 Don't miss the first book in the Chance Encounters series, One Night Stand!

From casual encounter to something more?


Lucy is used to having a handle on things herself: her business, which she’s fighting to turn around after a rough patch, and her love life, which consists of carefully conducted casual encounters during which only she calls the shots.

A one night stand with George – the tall, husky biker whose rough exterior hides a gentler side – changes everything. Lucy’s usual approach doesn’t work anymore: come morning, she doesn’t want to say goodbye. Perhaps it’s time to let someone into her life for more than just one night?

Meanwhile, the crucial project she’s just landed is about to fall to pieces, threatening her reputation as well as her finances. Suddenly Lucy has to learn what it’s like to not be in control of anything at all.

Chance Encounters is a series of stand-alone contemporary romance novellas set in jolly old England, following a set of loosely connected people as they find love in unexpected places. Can love conquer all, from class differences to age gaps? One-click and find out.

Call me “H.” or Hedonist if you prefer. I’m a Romance writer based in London and I’ve always been a dreamer, though it didn’t occur to me to write down the stories I kept dreaming up until 2012. You’ll not find flowery language and poetry in my work. What you will find though is believable characters, none of whom perfect, going through life and trying to find happiness. Just like the rest of us.

I first started writing because I craved to see more of “my kind of books” on the shelves. In any scenario, you’ll find me rooting for the underdog. The (emotionally) scarred hero who hasn’t really had much (or any) luck in love. The shy office worker who wants to pursue the man of her dreams, but hasn’t quite mustered the courage yet. All my characters are beautifully flawed and messed up, in a way that makes them perfect for one another.