Dallas “Boomer” Holt and his fellow SEAL team members have been in many situations that required them to put their lives on the line, but their latest mission included two other SEAL teams. Michael “Wolf” Steel and his team, along with Rocco and his team are needed to pull a lone American woman dubbed, “The Hollywood Princess”, from an ISIS stronghold without causing a national incident. After weeks in captivity with men who think nothing of using and abusing prisoners, the teams know the woman they save…may not be anything like the one who was taken.

An unknown location, too many variables they hadn’t counted on, and a female hostage who’d never faced a day, let alone weeks of torture…all of these things and more are what the SEALs, will have to overcome in order to complete their mission and bring their target home safe.

Elle Boon lives in Middle-Merica as she likes to say…with her husband, two kids, and a black lab who is more like a small pony. She’d never planned to be a writer, but when life threw her a curve, she swerved with it, since she’s athletically challenged. She’s known for saying “Bless Your Heart” and dropping lots of F-bombs, but she loves where this new journey has taken her. 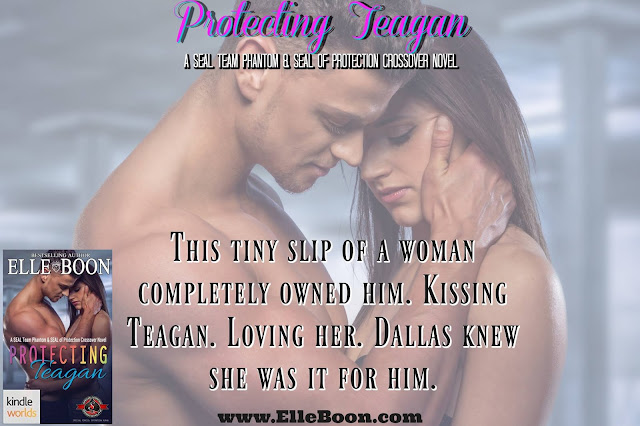 Enter to win a $10 Amazon Gift Card and a Kindle copy of Protecting Teagan!!