Which makes innocence all the more appealing. A heroine doesn’t necessarily have to be a virgin to be innocent. Innocence is more a state of mind, a way of looking at the world with wonder and optimism. Nor does it mean naïve. One can still be smart and perceptive while still being innocent.

When innocence is brought to a sexual encounter in a romance novel it stirs a newness and freshness to an act that in real life can become perfunctory or run of the mill. There’s surprise and awe, and discovery. How the hero deals with that innocence reveals much about the kind of man he is. 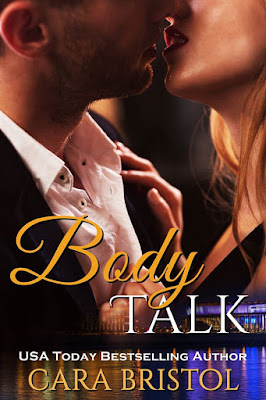 Innocent heroes are more rare, but they do exist. I see it most often in science fiction romance where the alien/cyborg is mated for the first time (of course, he somehow still manages to be a skilled lover even though he’s a virgin).

Body Talk contains a couple of story excerpts in which the heroine begins the story as an innocent. Educating his Bride is set in the 1950s. Margaret is a virgin when she marries her older, sexually experienced, kinky English professor. The patience and concern Henry shows her on the wedding night demonstrates how much he loves her, and her pleasure and joy in her first sexual experience shows her eagerness to learn what Henry wants to teach her.

Another story, the Goddess’s Curse, was inspired by the myth of the Amazons. According to Greek mythology, these women warriors lived apart from men until it came time to reproduce. Goddess’s Curse heroine Reena has never seen a man, but has heard from her cousin how base and brutal they are. Then she meets a man and discovers that not everything she was told is true. Her hero, Garat, is also innocent in his own way. After a bad experience with an evil woman, he has avoided women—but when he meets Reena, he’s irresistibly drawn to her.

An excerpt from Body Talk (Educating His Bride)

It’s the 1950s, and college co-ed Margaret drops out of school to marry her English professor, Henry.  This scene is taken from their wedding night.

“Go shower while I can still let you,” he said gruffly.

Margaret nodded and sneaked a peek at the towel. Her eyes widened at how it tented. 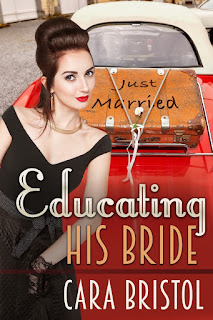 She grabbed her toiletry case and dashed for the bath.

“Don’t you want your nightgown?”

“Yes. Thank you.” She snatched the set from the foot of the bed. After locking the door, Margaret plopped her case onto the sink and pressed her hands to her warm cheeks. Wasn’t marriage supposed to settle you? She felt dizzy, topsy-turvy, like she’d ridden one of those crazy spinning carnival rides.

She hung her nightgown and robe on a hook then reached behind to undo her dress. By twisting her arms and arching her back, she was able to work the zipper down—until it snagged on the fabric and refused to budge another inch.

Margaret cracked the bathroom door open. About to pull back the covers, Henry turned.

She crept outside and presented her back.

He tugged gently on the fabric and the metal tab, and then she heard the zipper slide. The dress sagged and she clutched it to her chest. Silly to feel so shy. She wore a slip, and soon he’d see her naked anyway.

“You’re set.” He brushed his lips against her nape.

Her senses went haywire. “Thank you,” she gulped and scrambled for the bathroom again.

While the tub filled, she stepped out of her dress and hung it on another hook; later, she would transfer it to the closet. Male clothing lay folded on a small table. With no other wall hooks remaining, she draped her petticoats over the neat stack, along with her full-length slip. She unsnapped her stockings from the garters and rolled them off, taking care not to run them, then wiggled out of her girdle. The rubbery foundation garment had left her skin sweaty and marked. She hoped the red streaks would disappear by the time she finished her bath. After removing her bra and panties, she gathered up her unmentionables and hid them in the folds of her petticoats then snapped on a shower cap to keep her hair dry.

Tonight’s the night I become a wife.

Despite her mother’s warnings, Margaret felt almost giddy as she stepped into the tub. 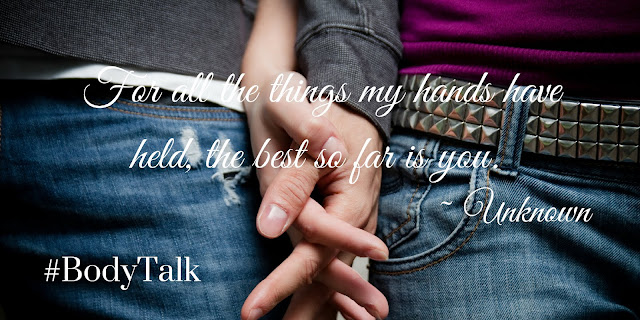 Remember when your favorite paperback books used to naturally open to the scenes you'd read over and over, the ones that made you laugh, tugged your heart or got you hot and bothered? In Body Talk, USA Today bestselling author Cara Bristol has compiled full-chapter excerpts of the sexiest scenes from her most popular and favorite erotic romances. These story excerpts will tug at your heart, captivate your imagination, and stir your senses. You’ll visit the familiar…and escape to the unexpected in a variety of subgenres including: contemporary romance, BDSM/spanking romance, science fiction romance, romantic comedy, and even a historical romance selection.