Available for a very Limited Time!


Burning Destiny
by Wendy Owens
When Tynder Crown discovers her grandfather was murdered she learns he was keeping an entire other life secret from her. Now, if she wants justice for the man who raised her, she will have to jump head first into a world full of magical creatures to figure out just how deep the conspiracy goes.


Gifted Thief
by Helen Harper
A skilled thief with a terrible sense of humour, Integrity Taylor despises her Sidhe heritage and the magical Scottish Clans who lord it over the rest of the Highlands. However, when her old mentor runs into trouble, she's got no choice but to get involved with them again, regardless of the consequences.

Ancient Magin
by Linsey Hall
Cass Clereaux is good at two things: hunting magical artifacts and hiding her forbidden magic. When a past enemy threatens everything she loves, she must learn to use her magic. Or die trying.


Broken Compass
by Jaymin Eve, USA Today and Amazon Bestselling Author
Within the five supernatural races there is one golden rule: true mates are never mixed between the races. But vampire Maximus Compass, and wolf shifter Mischa Lebron, will set out to prove that rules are made to be broken.

Infernal Magin
by C.N. Crawford, Amazon Bestselling Author
She's forgotten her past. Too bad her past won't return the favor.

Dare
by Ally Summers, Amazon Bestselling Author
Choices should come easily to a queen, but sometimes the choices we make are the ones we least expect.


Darkness of Light
by Stacey Marie Brown, Amazon Bestselling Author
Strange things have always happened to 18 year old Ember Brycin, but when the latest school explosion lands her in a facility for troubled teens, she discovers a secret that changes not only her life, but what and who she is. Love, lies, deceit, and betrayal lead her down a path to the Otherworld, into another realm where she will probably not survive.


Caged
by Amber Lynn Natusch, Amazon Bestselling Author
A young woman with a curious past gets caught up in a supernatural war between ancient foes. But is she the prize, or a weapon that could utterly destroy both factions...


Magic Born
by Caethes Faron, Amazon Bestselling Author
A college student discovers she's the daughter of a powerful mage when a panther shifter delivers the news of her mother's murder...and now the killer is after her.


Wilde Bear
by Holly Eastman and Terra Wolf, Amazon Bestselling Authors
In their line of work, mistakes can cost people their lives. So how can they trust each other to keep everyone they care about safe when they're both hiding their own secrets? 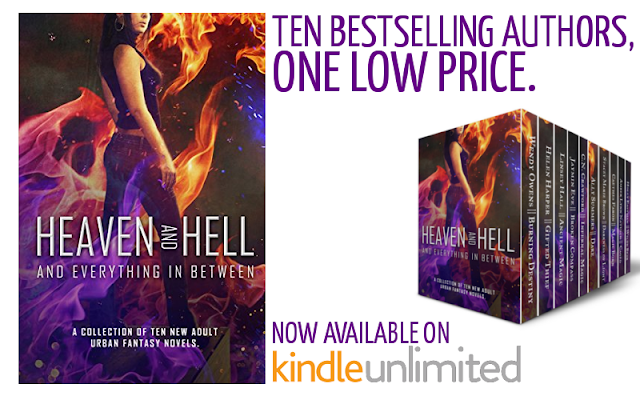 Just #99Cents on Kindle for a Limited Time!

This promotion is brought to you by Pure Textuality PR