By-the-book secret agent Lucas Bendtsen will do anything to keep his country safe—even if that means blackmailing the stepdaughter of a notorious mobster who is about to sell guns to a group of terrorists. The plan? He’ll pose as her fiancé in order to access her stepfather’s guarded compound and find out the location of the arms deal. The problem? Despite her reputation as a heartless femme fatale, Ruby Macintosh is not at all what she seems. Only a fool would double-cross the Organization, but Ruby doesn’t have any choice—not if she’s going to save her brother and mother from her stepfather. So she places her life in the hands of a man who turns her on as much as he ticks her off…

The fake engagement may be the beginning of a high-stakes game of subterfuge, but when their hearts get involved, Lucas has to decide whether to break the rules or break Ruby’s heart.

Mind whirling around the ever shrinking possibilities of getting out of this situation alive and with the odds running even on whether her stepfather or Lucas would finish off her and Jasper first, she turned toward the door. The need to get out of here before the walls closed in on her had her so focused on escape, she missed Lucas’s quick movements until he stood between her and the open doorway.

Never taking his attention off her, Lucas closed the door behind him. His spacious study suddenly shrank in size, and her pulse quickened. He didn’t say anything—he just stared with those all-knowing blue-green eyes that unsettled her.

Desire heated her skin as if there was a blaze burning in the huge fireplace across the room. It made her lungs tight and her breasts heavy as warmth pooled low in her stomach. Her reaction to being close to him had to be a side effect from running on adrenaline since she’d realized Jasper was missing last night. Or maybe it was because she’d gotten a little too used to boyfriends who were battery powered. It wasn’t—couldn’t be—because of him. She wouldn’t let it.

His gaze dropped to her mouth and then to the peaked tips of her nipples pressing against the white knit jersey of her dress, the thin material disguising nothing. Embarrassed at her body’s obvious response to him that she couldn’t hide, she brushed past him and reached for the door.

His hand covered hers on the doorknob before she even had a chance to twist her wrist to open the door. Looking back over her shoulder, she noted he stood directly behind her with only a few inches separating their bodies.

“The queen is right, you know,” he said, his warm breath brushing against the exposed column of her neck and setting off a shiver of lust. “I will do whatever it takes and make any sacrifices necessary to safeguard my country. Consider that before you try anything that might sabotage this operation.” He paused as her heart hammered against her ribs. “The queen is also wrong. I’m a complete asshole used to always having my way. You’d better remember that before you go bursting into any more rooms without an invitation.”

Blood rushing in her ears and desire slowing her thinking, it took a second to realize that he’d released her hand and stepped away. Once she did, her survival instinct kicked in, and she flew out the door, hurrying up the staircase to her room where she could regroup and come up with a plan not to sabotage herself by falling into bed with her blackmailer. 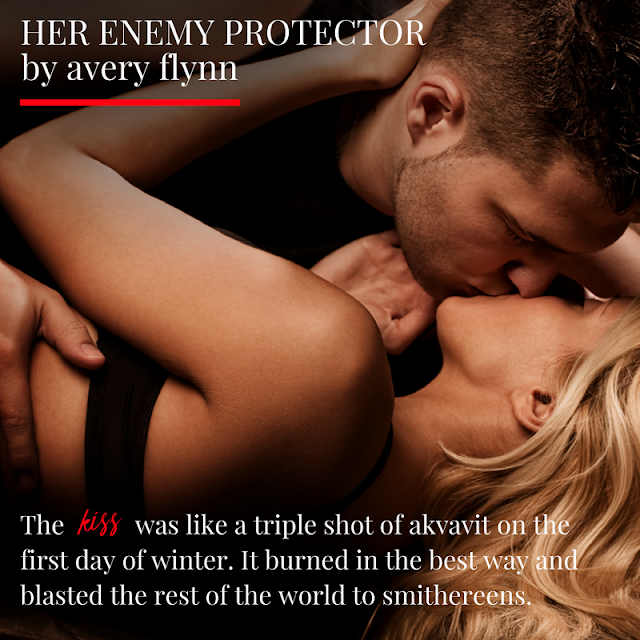 Don't miss #HisUndercoverPrincess, the first book in the Tempt Me Series!

Stylist Elle Olsen lives in fear of someone discovering her secret identity as Princess Eloise. But the men who killed her entire family in a bloody coup have done just that and now they’re coming for her. All Elle wants is to disappear into anonymity again, but the panty-melting billionaire who kidnaps her isn’t about to let that happen.

On the society pages, smoking hot financier Dominick Rasmussen is one of the world’s most eligible bachelors, but there’s more to him than meets the eye. As a secret resistance fighter, his one goal is to get Princess Eloise on the throne and restore the monarchy. The biggest problem? His stubborn and sexy undercover princess has no interest in ever wearing a tiara again.

Their goals couldn’t be more opposed, but neither Dom nor Elle can deny the attraction bringing them closer together. As the stakes rise and danger increases, they are forced to choose between love and country…

She fell in love with romance while reading Johanna Lindsey’s Mallory books. It wasn’t long before Avery had read through all the romance offerings at her local library. Needing a romance fix, she turned to Harlequin’s four books a month home delivery service to ease the withdrawal symptoms. That worked for a short time, but it wasn’t long before the local book stores’ staffs knew her by name.

Avery was a reader before she was a writer and hopes to always be both. She loves to write about smartass alpha heroes who are as good with a quip as they are with their *ahem* other God-given talents. Her heroines are feisty, fierce and fantastic. Brainy and brave, these ladies know how to stand on their own two feet and knock the bad guys off theirs. 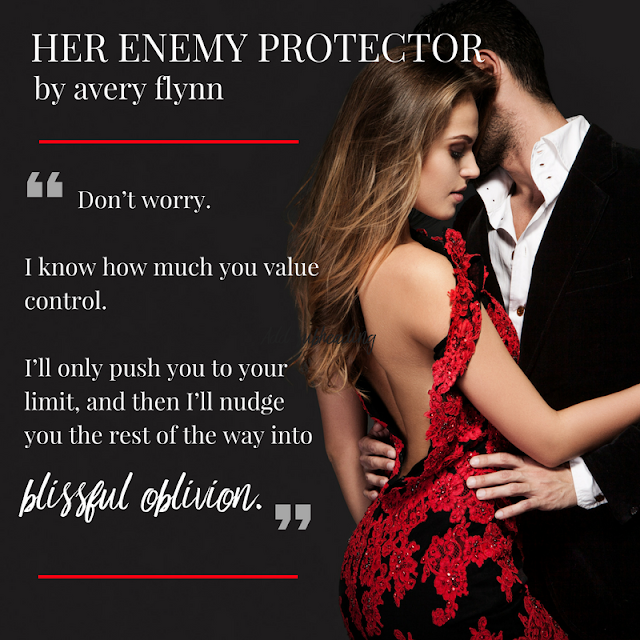