- Does your sister let you touch her, Gemini?
- Barely, but, yes, more than anyone else. I remember even in preschool when the teacher would grab her hand, she’d stare at the spot where their skin connected as if it were an affront to her existence. Just stand there and glare like she wanted to hurt someone.
- Junipera suffers from a rare phobia.
- Please, what does June not suffer from?
- When did she start chasing storms?
- In third grade she started obsessing about the rain. Full blown? I’d say after hurricane Katrina she never looked back. And she didn’t just chase them, June became those wild storms.

Junipera and Gemini Jones, Irish twins born during the month of June, survive a childhood of neglect and poverty by looking out for one another. Destined for a group home, the girls are rescued by a rich aunt and uncle who move them from Northern Minnesota to Fairfield, Connecticut. One sister thrives while the other spins out of control. A violent assault leaves Gemini searching for clues, but what she finds might be questions that are better left unanswered. 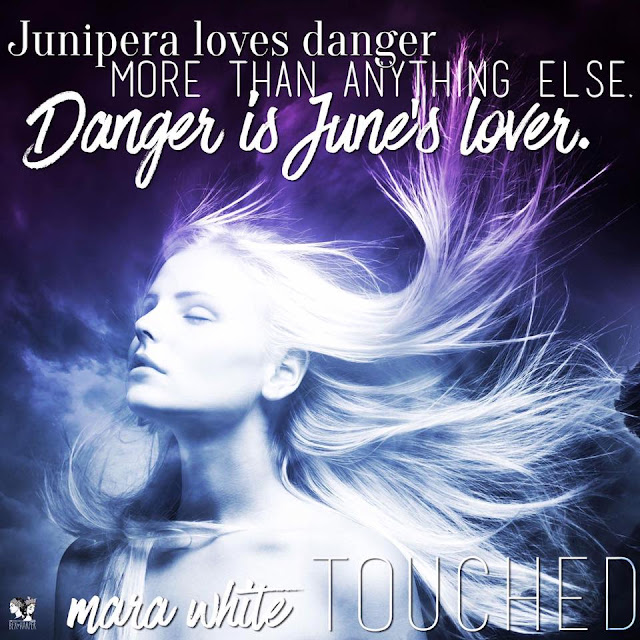 
“Fresh, raw, relevant. Touched slips under your skin with lush prose, unforgettable characters, and a story like no other.” ~ Leylah Attar, New York Times best-selling author

“Mara White has crafted characters so real and complex, they live and bleed. Watching their story unfold was heartbreaking, beautiful, and riveting. Touched is stunning work.” ~ Nikki Sloane, Best-selling author of the Blindfold Club Series

“Touched is a truly beautiful book. It's raw, real, and possessing of a quiet poetry.” ~ Emma Scott, Best-Selling author of the Full Tilt Duet

"I can confidently say, without a shred of doubt, that this story and these people will stay with me for the rest of my life. I bow down, Mara White. You wrote a category 5 masterpiece." ~ BB Easton, Bestselling Author

“A phenomenal, mesmerizing and unforgettable masterpiece!
This story blew me away! I cannot put into words how beautiful this story was! Absolutely astonishing! A must read!” ~ The Book Queen

“The writing is voracious and hungry and insatiable. Touched is a story that will devour you as you stuff your face with it. I'm not only touched, I'm digested. Just read it.” ~ Suanne Laqueur, Best-Selling author of the Fish Tales Series

Alaric was used to being tossed off, so it didn’t surprise him or especially hurt his feelings when his grandfather passed him on to another group home. Three months had been enough for the old coot. Buyer’s remorse. Maybe driving him to school every day put him over the edge. He took the high road and took in the kid, but then soon realized it was a crazy idea. Too much of a responsibility. Besides, he hated people, let alone a grandson. Alaric was needy and Thorn didn’t do needy.

He did miss the room he’d quickly become attached to. He missed choices for breakfast and the hum of the loud refrigerator. He even kind of missed how his grandfather grunted instead of speaking full words, how he’d catch him studying his face like he was trying to decipher a code. Alaric knew he looked like his father, that the fact both pleased and aggravated his grandfather. A second chance the man didn’t ask for and obviously didn’t want.

Alaric realized he was slipping in his game. He shouldn’t have feelings for a bed or a ceiling after only a few weeks of staying in the same place. The trick was, he’d let himself think it was permanent and allowed himself to believe his home wasn’t going anywhere. Turned out he was half right—his home wasn’t going anywhere, but apparently, he was. Alaric reminded himself that nothing was permanent, change was the only guaranteed constant in life.

The other thing he missed were his nightly summer visits with Gem and June. Even though they pretended not to know each other at school, in the few months he’d been there, June and Gem had snuck over almost every night to watch the television in the garage. They shared snacks and laughs, secrets and intimate moments of fun. Although he’d never hung out with girls before, he’d imagined it would be boring, tedious and maybe even petty. How wrong he was, because Gem and June were electric, their curiosity was infectious, their fearlessness—almost troubling. He was, admittedly, a little bit scared of them. Especially June, whom he’d seen eat a bug, let a spider crawl down her turtleneck, poke a dead cat with a stick and turn it over so they could see the maggots, try a sip of beer from a can someone discarded on the curb, ride Freddy Bullet’s dirt bike down the dirt hill at full speed with her legs held out to the sides, hold her head under water in a bucket of freezing water, touch tongues with a teenager from the middle school who dared her to, drive her mother’s car to the other side of the street for alternate side parking. Phew! He would never challenge June to something he wasn’t readily willing to do. Because June would do it and leave him crying in the dust.

Junipera and Gemini turned ten and eleven in June. Alaric was ten in August. Midway through the year, Albert Thorn felt guilty about abandoning his grandson and came back to get him. Alaric was most excited about seeing his neighbors, Gem and June. He felt closer to them than he did his only living relative. Their reunion was spectacular. They smiled so hard their cheeks hurt, eyes dancing with the possibility of another summer spread out before them.

Life wasn’t easy, but they lived it fully and sometimes secretly. Fun was a reality they trusted much more than adults or rules or the surreal transformation that was growing up. If something appeared fun, it carried with it a truth that spoke directly to their hearts. A joke. A puddle to be splashed, a doorbell to be rung and ditched, sidewalk chalk to spell out pastel curse words, the pink heart dotting the I on the word shit, slides to slide upside down and two by two or three if they could fit, wrestling matches to reenact the ones they’d seen on TV—June could do full body slams until purple bruises appeared on her hip bones—they’d gossip and whisper stories from warm lips to ears, candy, costumes, screaming, running, laughing until tears or until June wet her pants. The magic of summer and having friends to share it with; they didn’t take it lightly and reveled in its bewitching yet innocent power.

Alaric would make videos that starred June and Gem. They didn’t reenact stories, he just documented their interactions, the two girls giggling and telling inside jokes, yelling at the television to egg on their favorite characters, fighting over seats or sticks or candy—Alaric found everything they did to be fascinating. He liked to zoom in close on both of their faces, record the flashes of expression and subtle eye movements that informed their unique communication. Once he filmed June outside dancing in the rain. He and Gem stayed in the shelter of the garage overhang while Junipera soaked her white nightgown all the way through. She threw her arms to the sides and spun in circles, tipped her head back and opened her mouth. Thunder crashed around them like the crack of a cosmic whip; purple lightning split through the dark sky making them both jump and cower. June was oblivious.

“Junipera, come back in. It’s dangerous and you’ll get sick,” Gem screamed at her sister.

Alaric panned to her face, which was twisted up in concern, then back out to June, who was laughing openly at the sky in some kind of trance-like rapture. Her feet were covered in mud up to her ankles, her nightgown soaked transparent and advertising her blue underwear. Gem could even see her navel. Greenish lightning zapped through the rapacious clouds and moments later, another clash of thunder shattered their ears. Gem and Alaric bumped shoulders as fear moved them involuntarily. The lightning lit her up in intervals like the glitz of a macabre disco. The vibration of the storm rumbled low in their bellies and when the thunder struck it shook the earth beneath them.

“June, I’m serious. Get back in here!” Gem screamed. Alaric filmed her face, concentrating on her brown eyes filled with panic. “What if she gets hit?” Gem asked him, her palms turned upward in defeat.

“Well, then she’d stop dancing for sure and you and I could go save her.”

Mara White is a contemporary romance and erotica writer who laces forbidden love stories with hard issues, such as race, gender and inequality. She holds an Ivy League degree but has also worked in more strip clubs than even she can remember. She is not a former Mexican telenovela star contrary to what the tabloids might say, but she is a former ballerina and will always remain one in her heart. She lives in NYC with her husband and two children and yes, when she’s not writing you can find her on the playground. 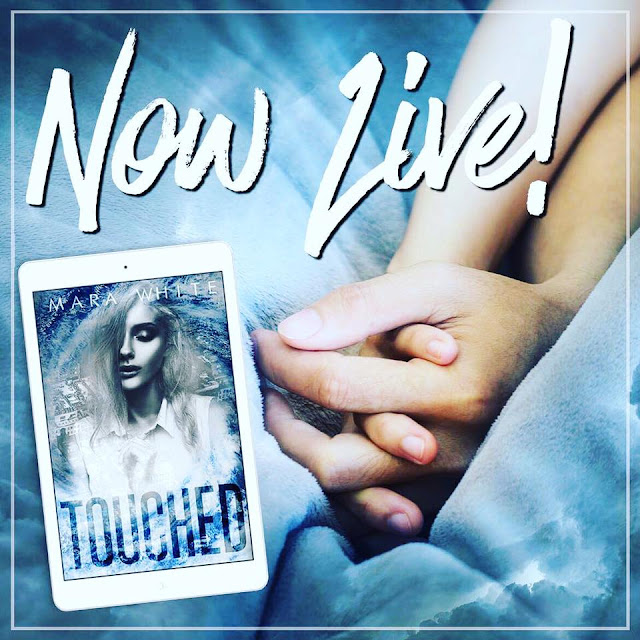