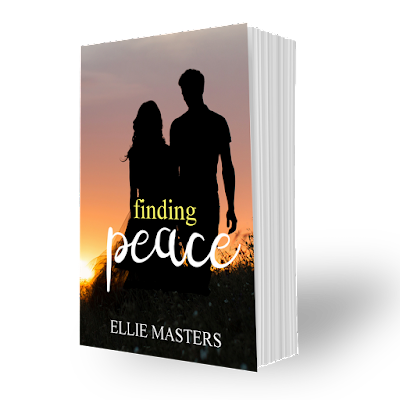 Abby Knight's promising start as a family physician is cut short by an abusive relationship. She leaves a painful past behind and trades the hustle and bustle of city living for the more sedate pace of country life.

She's excited to join her Uncle's family practice in Peace, Montana, and looks forward to many years working by his side.

As for relationships? Abby's not interested. The only thing she cares about is establishing her medical practice and maybe finding a little bit of peace along the way.

However, a freak blizzard in May, quirky llamas, and a determined Montana rancher have other plans in mind.

"It’s beautiful here.” Abby fought against the urge to spin in a circle, arms stretched wide, taking in the scene.

Drake’s hard gaze locked on her face. “Beyond gorgeous.”

Her cheeks heated. He’d hadn’t been talking about the farm.

“Come.” He turned toward the barn.

She followed him in companionable silence broken only by the crunching of snow beneath their feet. At the barn door, he unlatched the massive doors, then put his back into sliding them on their rails until a narrow opening appeared. As she passed beside him, the heat of his breath seared her skin and made her shiver. Her breath fled as she pried her gaze from his eyes to take in the dimly lit interior of the barn.

Musk. A deep animal smell. The pungent aroma of dirt, hay, and what had to be llamas assaulted her nostrils. A low hum vibrated the air. Abby cast her gaze left and right until she realized the sound was coming from a pen to her left.

“Yes, and you should hear the males orgle.”

Had he made up that word?

“Llamas hum when they’re happy. The males have a unique alarm call when they perceive danger, but when they breed, they orgle.”

“Yes, but it’s not breeding season, just the humming for right now.” His eyes crinkled at the corners. “I bet you’re dying to hear a llama orgle now aren’t you?”

He stepped close, towering over her, causing a tingle to spark in her chest and an ache to build lower down. Her entire body was painfully aware of his overwhelming presence. The timbre of his voice was both smooth and hypnotic, drugging even, because she found herself tipping back her head, her mind slipping, and her eyes closing as he leaned down.

His breath disturbed the air above her cheek, and she held still, paralyzed by what might happen next. 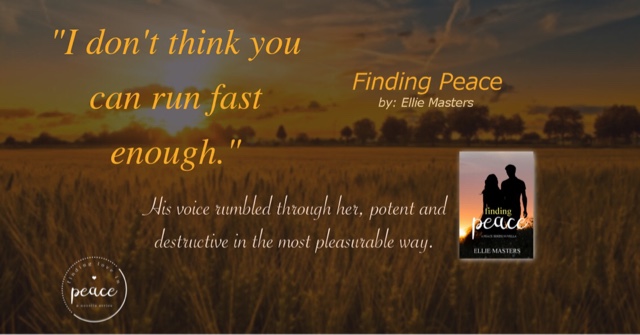 What Reviewers are Saying

"I love Drake and Abby!!! From the very beginning I was hooked! The only thing I didn't like was that it ended,I wanted more!!! A great book!" ~ Vickie, Goodreads reviewer

"...a fast and wonderful read with all the feels." ~ Janice, Goodreads reviewer

"Everyone wants a place to call home – a place where you know you belong and are needed, loved, and wanted. This story of Abby and Drake takes you on that journey... The writing is amazing and the characters are well developed. You get a little of everything in here, from steamy and sexy to sweet and tender. This is just an incredibly beautiful story that warms your heart!" ~ JustCin, Goodreads reviewer 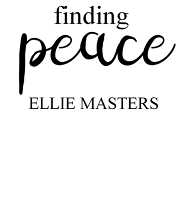 When not writing, Ellie can be found outside, where her passion for all things outdoor reigns supreme: off roading, ATV-ing, scuba diving, hiking, and breathing fresh air, are just a few of her favorite pursuits.

She has lived all over the United States, east, west, north, south and central, but grew up under the Hawaiian sun. Now, Ellie is proud to call herself a Southern transplant, learning to say y’all and ‘bless her heart’ with the best of them. She lives with her beloved husband, two children who refuse to flee the nest, and four fur-babies; three cats who rule the household, and a dog who wants nothing other than for the cats to be his friends. The cats have a different opinion regarding this matter.

Ellie’s favorite way to spend an evening is curled up on a couch, laptop in place, watching a fire, drinking a good wine, and bringing forth all the characters from her mind to the page and hopefully into the hearts of her readers.