Oliver London has no problem standing stark-ass naked in front of a group of strangers.

As a figure model, it's afforded the nearly starving artist the time and means he needs to paint.

She's focused on her career and intent on securing a stable future after an unstable past.

Fourteen years ago, the high school sweethearts parted on a sour note.

When best friends invite them on a fabulous French Riviera wedding cruise, Oliver and Stori remember what it was that drew them together all those years ago. 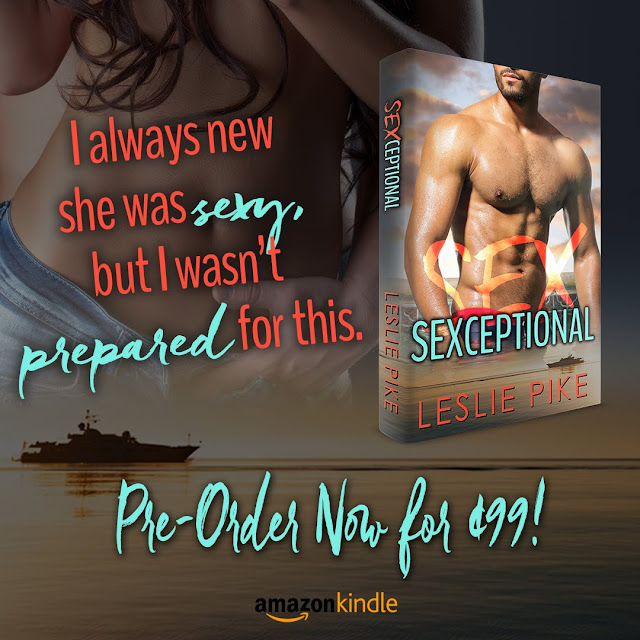 Leslie Pike lives in Orange County, California, with her husband Don, and their Pom-Poo, Mr. Big. Before writing her first novel, Leslie worked as a screenwriter on episodic television. She’s traveled the world with her Stuntman/Stunt Coordinator/Second Unit Director husband. They’ve been on movie sets from Africa to Israel, from New York to Los Angeles. Some of Leslie’s favorite things include calligraphy, long walks with her friends and afternoons at the movies.