“...one of the most engaging and well-written romance books I have read...It's like nothing you've read before. It touches the issues no one talks about in our community. And it's a Must-Read." ~ LJ Shen, Amazon Bestselling Author

Scroll all the way down for an excerpt and to enter the $25 Gift Card Giveaway!

Resisting an irresistible force wears you down and turns you out. I know. I've been doing it for years.

I may not have a musical gift of my own, but I've got a nose for talent and an eye for the extraordinary. And Marlon James - Grip to his fans - is nothing short of extraordinary.

Years ago, we strung together a few magical nights, but I keep those memories in a locked drawer and I've thrown away the key. All that's left is friendship and work.

He's on the verge of unimaginable fame, all his dreams poised to come true. I manage his career, but I can't seem to manage my heart.

It's wild, reckless, disobedient. And it remembers all the things I want to forget.

Read Grip today for only 99¢ or free in Kindle Unlimited!

Flow, the free prequel, must be read before Grip!
Amazon US | UK
Wattpad

“Neither of us has been in a serious relationship in years.”

“That doesn’t mean anything.” I stand and slide my feet into the Jimmy Choos. “You haven’t exactly been waiting around, have you?”

“Damn right I haven’t been waiting around.” He doesn’t get up, but his firm hold on my wrist stops me from walking away. “I’m not Rhyson.”

I look down at him, frowning my confusion.

“Remember when Kai put Rhyson in the friend zone?” Of course I do. For a long time, my sister-in-law Kai denied the attraction between her and Rhyson.

“When Kai wasn’t checking for Rhys, I assumed he had to be sleeping with other girls.” Grip shrugs. “I mean, he and Kai were just friends. But, nope. He said he only wanted Kai and didn’t sleep with anyone else.”

“Then you’re right.” I tug at my wrist, but he holds on tight. “You’re definitely not Rhyson.”

“It was months, Bristol. She shut him out for months. Not years.”

“I’m not shutting you out.” I release a tired breath. “I’m living my life, and you’re living yours.”

“Right.” He nods and turns his mouth down at the corners. “So, if you won’t be with me, then I’ll fuck whoever the hell I want. If you have a problem with that, you know what to do about it.”

For a moment, our eyes tangle in the dimness. His words sink into my flesh like briars. Every word out of his mouth only proves that I’m right to get out of here. That I’m right not to give in. If I ever gave him a chance and he fucked around on me . . . I’ve seen what that looks like. It looks like a woman as strong as my mother reduced to pathetic, teary drunkenness.

“It’s none of my business.” I shift my eyes away from him and to the glittering city skyline just beyond the rooftop.

“It’s none of your business until you say it is.”

I force myself to look back.

“Don’t hold your breath, Grip.” I say my next words with deliberation. “I mean, it’s not like I’m sitting around saving it, either.”

He pulls me forward, and I press my hand to the hardness of his chest so I don’t fall into him. My knee supports me, pressed against his on the couch.

“Are you poking me?” One strong hand wraps around the back of my thigh, anger marking his expression. “Do you want to know if it bothers me when you fuck other guys?”

I just stare at him unblinkingly. He presses my leg, urging me forward until I’m fully on the couch, fully on him, one knee on either side of his legs, facing him. Straddling him.

“It makes me want to set the world on fire.” His words come softly, but the truth roars in his eyes. “To think of you with them.” 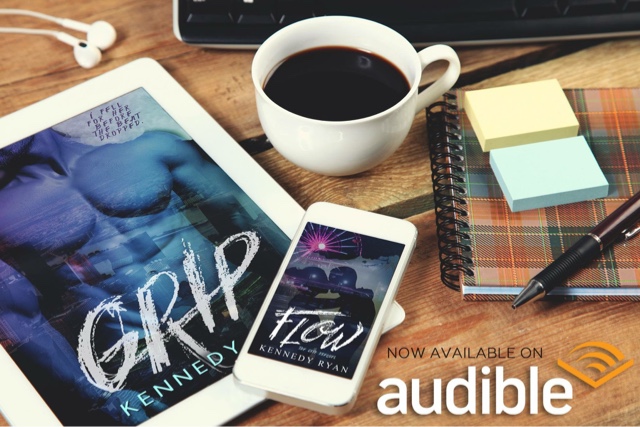 Kennedy Ryan is a Southern girl gone Southern California. A Top 100 Amazon Bestseller, Kennedy writes romance about remarkable women who find a way to thrive even in tough times, the love they find, and the men who cherish them.

She is a wife to her lifetime lover and mother to an extraordinary son. She has always leveraged her journalism background to write for charity and non-profit organizations, but enjoys writing to raise Autism awareness most. A contributor for Modern Mom Magazine, Kennedy’s writings have appeared in Chicken Soup for the Soul, USA Today and many others. The founder and executive director of a foundation serving Georgia families living with Autism, Kennedy has appeared on Headline News, Montel Williams, NPR and other outlets as a voice for families living with autism. 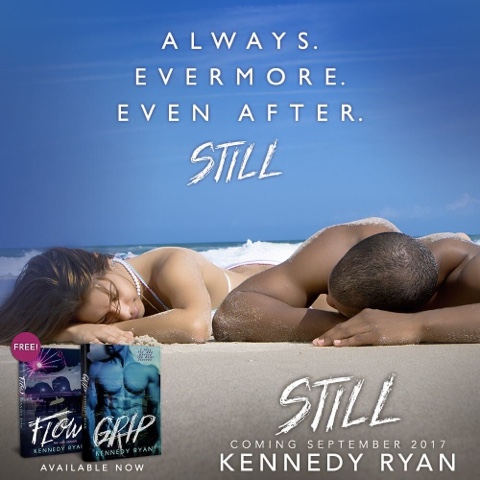