King of Code, an all-new intriguing and sexy standalone from CD Reiss is live!

From New York Times Bestselling author, CD Reiss, comes a sexy tale of secrets, intrigue, betrayal, and a love worth crossing a continent for.

Taylor Harden is a man on the edge.
The edge of fame. The edge of untold wealth.
The edge of utter humiliation.
He built an unhackable system, and in front of everyone, it’s hacked.
His reputation goes from king to goat in a split second. Boom. Like that.
Some dude in Barrington, USA (AKA Nowhere) has locked down Taylor’s code, and if he doesn’t get it back, he’s going to be wearing a monkey suit for the rest of his life.
Except, this guy? This hacker from Nowhere? He’s not a guy.
Harper Watson’s all woman. And she has a plan for Taylor, his code, and his body. 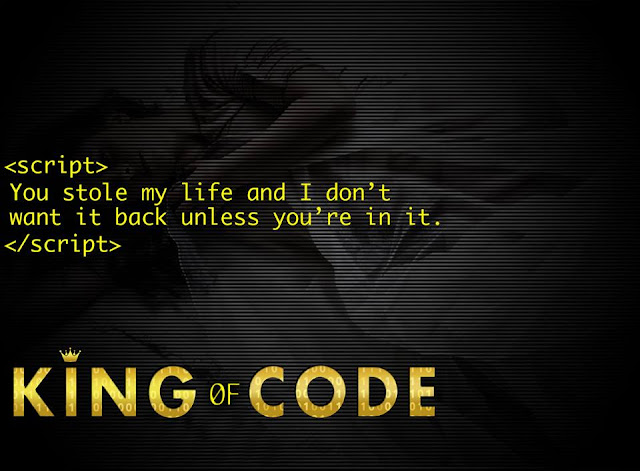 CD Reiss is a New York Times bestseller. She still has to chop wood and carry water, which was buried in the fine print. Her lawyer is working it out with God but in the meantime, if you call and she doesn't pick up she's at the well hauling buckets.

Born in New York City, she moved to Hollywood, California to get her master's degree in screenwriting from USC. In case you want to know, that went nowhere but it did give her a big enough ego to write novels.

She's frequently referred to as the Shakespeare of Smut which is flattering but hasn't ever gotten her out of chopping that cord of wood.