A Change in Perception
by Melanie Jayne
Date of Publication: September 15, 2017

How could I be so wrong?
I thought Cress had it all. She was smart and beautiful, with a loving family.
She was destined for great things.
So why is she working as a nanny and living in a dump?
The truth is hard to comprehend, but I know one thing:
I'm no knight in shining armor.
But when she looks at me, I want to be.
How can I convince him?
I was never the Golden Girl, and my family was never what it seemed. 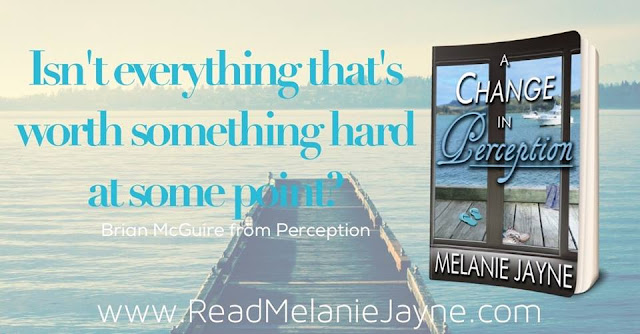 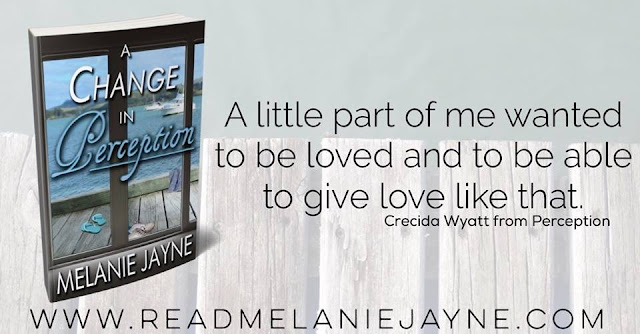 Sweat ran down my back, and I was close to blowing my load. Christ, this chick—Lora, Maura, or something like that—wasn’t there, yet. I shifted my right hand from her hip to sweep over her belly, and then lower, my index finger finding that bundle of sensitive nerves.

“Fuck, yeah,” she sighed as she pushed back her round ass, meeting my strokes.

I stroked her clit and added more pressure with the next circle of the tip of my finger.

“Now, do it now,” I gritted out. I was hanging on by a thread, and I wanted her to come before I did. It was the gentlemanly thing to do.

She let out a keening cry and her muscles squeezed my cock.

Finally! Thank you, Jesus. I moved my hand back to her hip, ground my groin against her ass, and came.

When I was done, I shifted to my left and collapsed next to what’s-her-name. I fought to even my breathing. I was face-down on purpose. The position reduced the chance that she’d want the post-fucking cuddle and talk. I’d wait a few minutes. Hopefully, she’d fall asleep then I’d deal with the condom, grab my clothes, and get gone.

I shifted one arm so I could rest my forehead on it, cursing silently that I couldn’t see a clock, but the hour felt like it was late. Earlier tonight, I hadn’t decided if it was worth the effort to pursue Leah—shit, that was her name. I’d seen her in our office building a time or two. Apparently, it was her birthday, and her co-workers had taken her out to The Irish where I’d enjoyed a post workday drink or three.

I guess you could call The Irish my regular place to meet women. It was a few blocks from where I worked as an attorney. Since I didn’t have anyone to rush home to, I’d usually stop in and unwind. If a woman caught my eye, well, all the better for me and her—as long as she didn’t expect anything else from me. If I wanted to be friends with a woman, I could talk to my co-workers’ wives. Right now, I wanted only one thing from a woman—and that was sex.

I needed to get a move on. Tomorrow, I was supposed to meet with one of my bosses and his fiancé about making some kind of deal with her mother. Not only did I have my J.D., but I also have a degree in accounting. I needed to be on my “A” game for Billie. I liked her, and she’d gone out of her way to make me a part of the “Limited Group” as I called them. I’d heard vague whispers about her past—hell, one night I’d even looked her up on the internet—but I’d found nothing about her prior to her hooking up with Tye. That in itself struck me as curious, but I’d learn more tomorrow, or in reality, today.

“Nah, I got an early meeting.” I rolled to my side, facing away from her.

“I’m going to grab a shower. You can let yourself out, okay?” I felt her shift on the mattress.

“Gotcha.” I appreciated her honesty.

“Well, uh, thanks.” I heard her surprisingly heavy footsteps to the bathroom, and then the door closed with a loud click.

I found my clothes and got dressed, then stopped at her front door and pulled up the ride app on my phone. After inputting my information, the service promised fifteen minutes. I noted the late hour. Looks like I’ll be spending another night on my office’s couch. It was wide and extra-long. I’d chosen it that way specifically for moments like this. Hell, I had half of my suits in my locker at the gym.

I secured her door before I walked down the four front steps of her townhouse. I wished I smoked. I felt silly waiting with nothing to do. I didn’t want to be on my phone since it was after one in the morning, and I probably should pay attention to my surroundings.

At times like these, I questioned what the fuck I was doing. Val had been gone almost two years, and it wasn’t like I missed her, but I was still angry at her, and more so, at myself. That anger was likely why I exhibited such destructive behavior—drinking, whoring around, and not taking the best care of myself. I was raised to be a better man than this. When I was growing up, on the northside, my dad worked construction and my mom helped out at the church’s day care. They scrimped so I could go to private school and have a better shot than they did. I was lucky I was a decent athlete. I got a scholarship to play baseball for a college in California.

I’d hated leaving my family, but in the long run, furthering my education had been my chance to pay them back. I absorbed information quickly and could retain the facts. When everybody else had burned the midnight oil studying, I’d been sound asleep. I didn’t know how lucky I was until my junior year when I severely damaged my knee. No pro baseball career for me, so I’d started researching and came up with my “Plan B”. I was accepted into law school and worked my ass off. Stern and Brown had offered me a great deal, so I’d moved to the Bay area and dug in. They’d cut me a break on my hours so that I could study for the CPA exam, which I’d passed on my first try. The extra credential had given me a boost within the firm. I’d become a double threat, on the fast-track, and made partner in my fourth year. I’d worked hard and played harder when I got the rare chance.

I stepped out into the quiet street and looked for any sign of my ride. The firm I’d worked for got roped into underwriting the City Ballet’s Gala, so every employee had been required to dress up and attend. That’s when I saw Val on stage. Jesus, she’d been so petite but moved lightning fast and with the grace of a hummingbird. Seeing her like that had stirred something primal inside me. I knew that I had to have her. 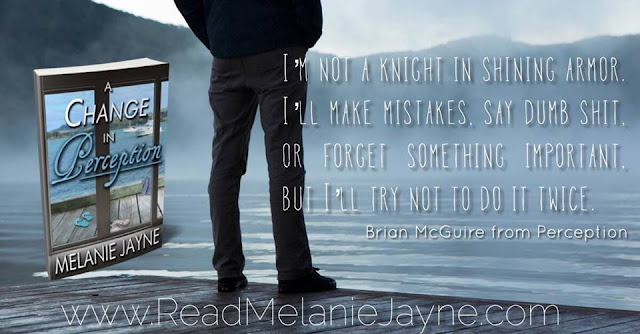 Melanie Jayne lives on a grain farm in central Indiana with her husband of twenty-seven years and two mastiffs, Ginger and Duncan Keith. She's worked retail, in a federal courtroom, closed loans and behind the scenes in a casino. Now she is living her dream—as a Romance Writer. Her first book was published in 2015 and she features characters over the age of thirty-five. She loves to meet readers and discuss all things book related. 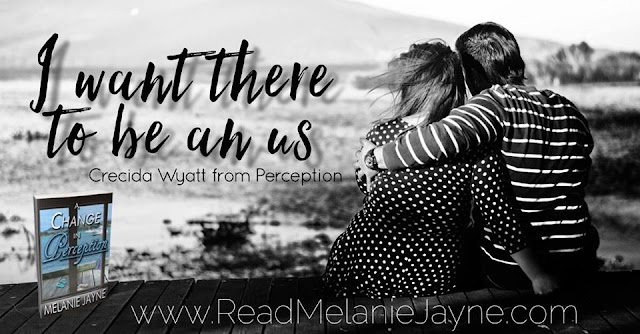