Release Blitz & Giveaway ~ In Too Deep, The Blackhawk Boys #5, by Lexi Ryan 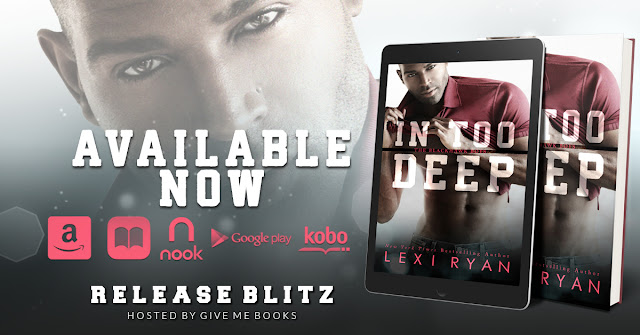 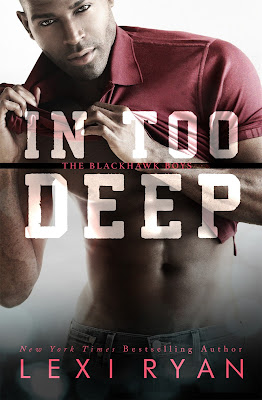 
New York Times bestselling author Lexi Ryan brings readers a sexy NFL player who’s pulled out all the stops for one more chance with the love of his life.

I have four months to make my wife fall in love with me or let her go forever.

I loved Bailey Green long before she watched her loser ex take his last breaths. I held her while they lowered his coffin into the ground, stilled her shaking hands when the nightmares would tear her from sleep. I waited for her through her grief. But while she was always willing to let me in her bed, she refused to let me in the one place I longed to be—her heart.

Tired of playing second string to a dead man, I let her go. I moved to Florida to begin my NFL career and tried to pretend my perfect life didn’t leave me empty. I’d almost given up. Until one drunken night in Vegas, we stumbled down the aisle and said, “I do.”

In exchange for the divorce she wants so badly, she’s agreed to remain my wife until the end of the year. She has no idea the favors I’ve called in or the lies I’ve told to get her here, but if I succeed, none of that matters.

My secrets always seemed justified, but Bailey has her own—secrets that explain why she always pushed me away, secrets that make me wonder if I should have let her. Now we’re in too deep and I might lose the only girl I’ve ever loved and the best friend I’ve ever had.

In Too Deep is a sexy and emotional novel intended for mature readers. It’s the fifth book in the world of the Blackhawk Boys, but can be enjoyed as a standalone. 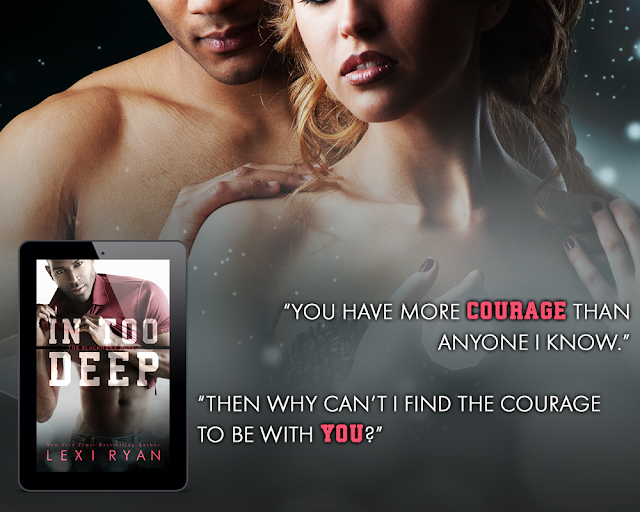 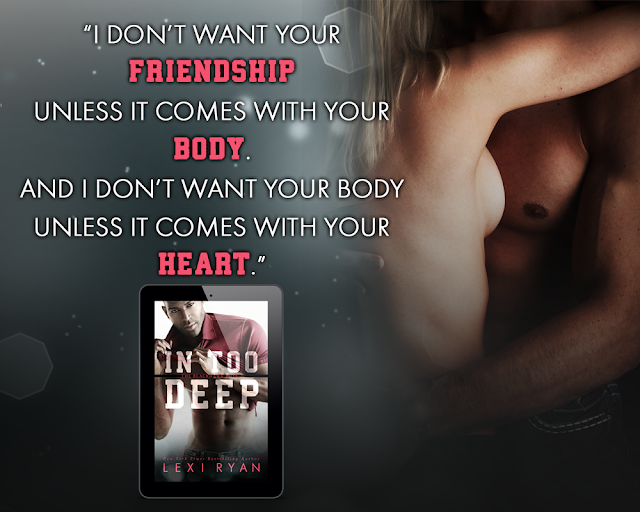 “You know, once you were my friend,” I say. “And maybe that’s what I miss most about us. Maybe instead of judging me for my decisions, you could try being my friend again.”

He puts his glass down on the table, his eyes locking on mine before he slowly stalks toward me.

I lift my chin, refusing to back down, because dammit, I shouldn’t have to apologize for wanting Mason’s friendship. Is that so terrible?

But my defiant stance doesn’t faze him and he keeps coming, one step at a time, until he’s finally up against that bubble he prefers to keep between us. He takes another step and he’s inside it, but still not nearly as close as I want him. He takes another, and if I had the courage, I could reach out and touch him. Another step and he’s so close that he has to bend his head down to maintain eye contact. So close that if I lift onto my toes, I could brush my lips against his.

I almost do, if only because fighting with him makes me feel as if there’s something broken in me, and I want it to be over. I miss the soft stroke of his lips against mine. I miss the sound of his sweet murmurs as he unbuttoned my pants and slid my underwear off my hips. I miss the sex, but more than that, I miss the way he’d hold me after. He held me in a way no one else had ever bothered to. Not even Nic. Mason would pull me against him, my back to his chest, and he’d snuggle against me until I could feel the warmth of his breath against my bare shoulder.

I want all of that again, and what breaks my heart the most is if I’d known when I took that deal—if I could have seen into the future and gotten a glimpse of exactly what I was giving up—I still would have done it. I did what I had to do.

Mason’s eyes drop to my mouth. “I don’t want to be your friend, Bailey.”

“Yeah,” I whisper. “You’re making that really clear. All or nothing, am I right?”

His jaw hardens, and I wouldn’t have thought it possible, but he moves even closer. My back’s against the sliding glass door, and his body presses into mine. He shifts until his thigh is between my legs, and then he lifts a hand to my hair, sliding his thumb up my neck until he’s cupping my jaw. I want to melt because I’ve missed this so damn much. I’ve missed him so damn much.

“I’ve never wanted to be your friend,” he says, shaking his head. And it’s a blow to the heart I’m not sure I’m strong enough to endure. When I told him we could be lovers but nothing more, we were friends…best friends. Then he moved down here and shut me out.

“I’m sorry my friendship was such a burden.” Fuck, even my sarcasm sounds weak, but this whole conversation has me vulnerable.

“It wasn’t a burden. It was a daily reminder of what I couldn’t have. I thought that if I quit fucking you it wouldn’t hurt so much that you refused to be mine.” His thumb traces my bottom lip, and I tremble. “I thought if I could get the memory of your taste out of my head that maybe I’d be okay with being your buddy.” He sneers the word, his face twisting in disgust, but when the sneer falls away, it leaves raw need in its wake. “But I was wrong. I don’t want to be your friend, because that means you’re only giving me part of yourself, and I am the spoiled bastard you say I am. What was your word? Privileged?”

He dips his head down and turns his face to the side, sweeping the tip of his nose over the tip of mine. “I don’t want your friendship unless it comes with your body. And I don’t want your body unless it comes with your heart.” He dips a little farther and brushes his lips so softly against mine that I almost wonder if I’m imagining it. Maybe he isn’t touching me at all. Maybe the sensation is nothing more than air passing between our mouths.

“You say you want to be my friend,” he says, “but friends don’t lie to each other. They don’t hide their pasts.” His hand falls from my hair. I brace myself for his retreat, but he doesn’t back away. Instead, he finds the hem of my dress and slides up my thigh, then between my legs until he reaches my cotton panties. “Is this it, then? Is this all you want from me?”

All I can think is that if the rest of my life is going to be some sucky, lonely series of if-onlys and what-ifs, dragging from one day to the next, I just want this moment for as long as it can last. Maybe I’ll wrap it up and hold on to it. Keep it for later when I can untuck it and examine the heat of his breath against my neck or the gentle graze of his fingertips along the lace edge of my panties.

He nips at my ear with his teeth, and I moan. His breath has gone shallow, and I can feel the tension building in him—that push and pull of wanting and knowing you shouldn’t want. It’s easy for me to recognize, because I’ve lived in that limbo for almost four years. 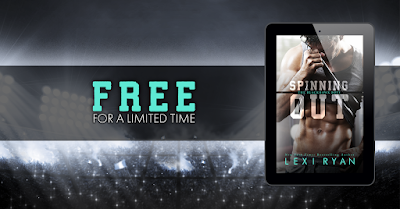 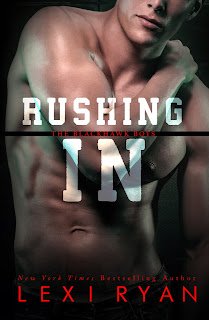 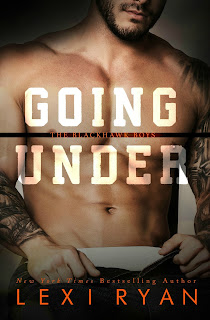 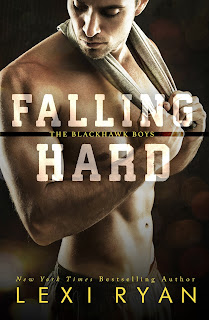 New York Times and USA Today bestselling author of emotional romance that sizzles, Lexi enjoys reading, sunshine, a good glass of wine, and rare trips to the beach. Lexi lives in Indiana with her husband, two children, and neurotic dog. You can find her at her website. 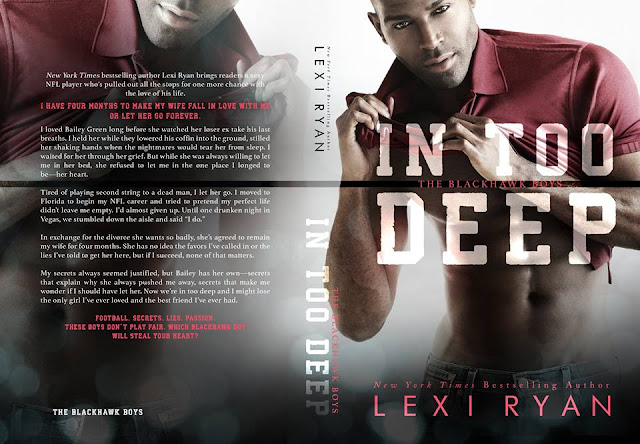