Wealthy, powerful Grant Thorne is used to getting what he wants, and he wants Blaire, the beautiful angel who saved his life when he was injured in a blizzard. The CEO of Thorne Industries and the son of a Senator, he lives his life in the public eye. Convincing the reclusive artist to be a part of his world won’t be easy, but determination fuels his pursuit.

Blaire Callahan had escaped her dangerous past to create a new life for herself, or so she thought, until one night she rescues a handsome stranger who rattles her quiet existence. Their chemistry is undeniable, but is it enough to risk her heart and give up the safety of her remote sanctuary?

Dreams of having a life together come to a screeching halt when the couple is photographed at a political event. And when Blaire suddenly vanishes, Grant begins unraveling her past, and realizes the woman he fell in love with was never as she seemed.

Can a woman held captive by the lies of her past really have a future with a man who’s captured her heart? Or will her dangerous past catch up with her and jeopardize their future forever… 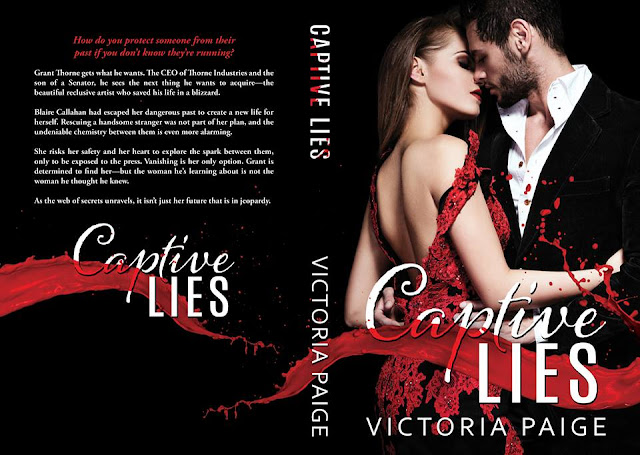 I realized I’d been sitting in my battered pick-up for almost ten minutes. The truth was, I was too sentimental to go into my bedroom. My sheets would have his smell—that masculine spice and woodsy scent that I loved so much. As my heart dueled with my mind, I fought against the melancholia squeezing my entire being as the consequences of what I’d done that morning crashed around me. I’d alienated the one person who’d painted my gray and mundane existence with the color of a life worth living. When we finally had sex, that elusive bond snapped into place, but I responded with cowardice and ran. Exhaling in self-deprecation, I got out of the vehicle and walked up the cabin. I put the key in and turned, but it was unlocked. Annoyance swept through me. He was too pissed, apparently, to even lock up.

Still fuming, I felt my way through the darkened foyer, dropped my cross-body bag on the side table and switched on a lamp.

And then I screamed.

Grant was slouched on the couch, watching me with steely eyes. His expression was impassive, but some predatory energy radiated off him. Like he was a panther about to pounce and I was a gazelle frozen in place.

I glanced at the door.

“Don’t even think about it.”

Such a simple statement, but it bled power.

“Are you over it?” he clipped.

Not getting him, I frowned. “What?”

Grant stood up and started walking—no—stalking toward me. “Are you over it?” he repeated. “Your freak out.”

I laughed nervously. “My what?”

“Don’t lie to me, Blaire.” His eyes flashed. “You left because you got scared.” He’d reached me and we were toe to toe. He lowered his head. “Sex changed things between us.”

“Have you never heard of casual sex before?” I snapped, my mind still had the power to squash the yearnings of my heart.

Grant chuckled derisively. “Oh, baby, there was nothing casual about last night. Balls-deep in you three times. Came the same number of times on my mouth and twice on my cock. Managed to eat dinner at two a.m. I’d say we’re past casual.”

I couldn’t breathe as an image of his dark head between my thighs with his hands spreading me open, flashed through my head. I leaned against the side table, suddenly lightheaded.

“You were supposed to lose interest.”

Frustration scored his expression as comprehension dawned. He clenched his fists at his sides. “You let me fuck you thinking I’d lose interest,” he stated quietly.

“Tell me I’m wrong,” he pressed when I didn’t say anything.

He tipped my face up to look at him. “Why, Angel? If all I wanted was a fuck, I wouldn’t have put up with your mountain-man friend cock-blocking me at every turn.”

A corner of my mouth quirked up before turning down again. “You were getting too close.”

“Our worlds are different, Grant. You live in the public eye while crowds make my skin crawl.”

“What happened to you, Blaire?” he asked thoughtfully, my statement leading him to believe something in my past made me this way.

Something had and that was the reason I didn’t want him to know, I thought sadly.

Grant took a step back, his gaze unwavering as he contemplated me for long seconds. Rubbing his chin with his forefinger, as if coming to a decision, he said, “Okay.”

My brows cinched together in confusion. “Okay, what?”

“It seems all that’s preventing us from being together is your aversion to crowds,” he explained, resting both his hands on my shoulders. “I’ll never force you into a public situation.”

“Wait. Back up,” I exclaimed. “Together? Did I miss something?”

“Keep up, baby,” he smiled. “Last night changed everything. Don’t fucking deny it. If you think after you’ve given me a taste of you that I’m giving you up, that’s your first mistake.”

“Oh, enlighten me. There’s a second?” I invited with sarcasm.

“I don’t have a lot of quit in me, Blaire,” his nostrils flared. “Your second mistake was thinking if you ran, I wouldn’t come after you. If you hadn’t come back tonight, I’d have set my entire investigative division on your ass.”

I just nodded, but my mind was racing. “But all those parties,” I lowered my eyes, thinking of other excuses why I shouldn’t be with him. “I’ve looked you up, you know. You’re always with someone. You need dates for those events.”

“And that’s all they ever were,” he replied. “Eighty percent of the time, if I’m not in a relationship, those dates end when the event ends. They go home, that’s it.”

“And the other twenty percent?” I whispered.

That stung. It shouldn’t, but it did. “You need to be with someone who’ll be there to support you in—”

“Trophy girlfriend? No thanks.” He tipped my face up. “Listen to me, Blaire. I’m not going to force you to go with me to a party or fundraiser. But I need you with me.” He took a deep breath. “I need for you to move to the east coast.”

I was already shaking my head. “That’s impossible.”

Her heroes are possessive, overprotective, and frequently the obsessed, jealous type with a penchant for strong language. Her heroines are strong-willed and intelligent women who can hold their own against a bossy hero. Her books are sexually explicit and may contain dark themes, morally ambiguous choices, and disturbing situations. In short, they are not fluff reads because anything goes in her plots.

Victoria lives in Richmond, VA with her husband and their German Shepherd Dog. When she’s not writing or reading, she’s training her GSD to become a badass himself. 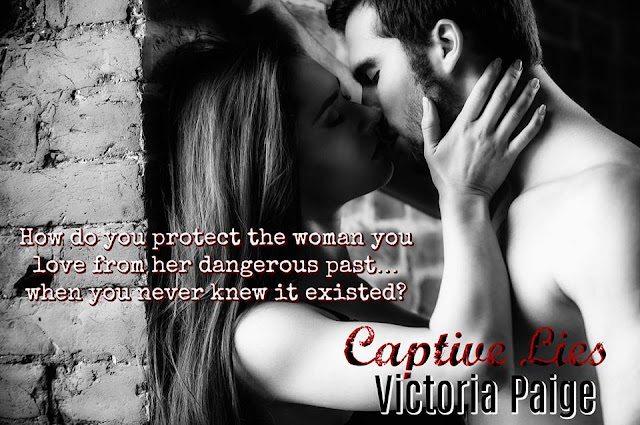