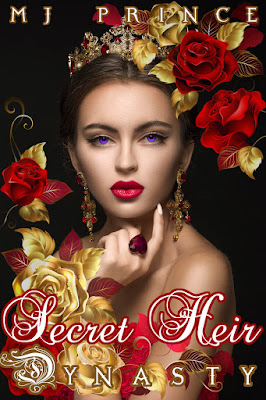 Jazmine has lived in ten different foster homes, in ten different towns and all her life she has felt like she doesn't belong - not in the trailer park which happens to be foster home number ten, not anywhere on Earth. After a universe shattering revelation, she discovers why. Far from being the nothing and no one, with no past and no future, that Jazmine had always believed herself to be, she discovers that she is in fact an heir to one of the seven remaining Seraph Dynasties.

Jazmine quickly learns that the beauty of Eden is nothing but a deception as she uncovers the secrets festering at the heart of it. But can she disentangle herself from the web of deception and intrigue that the Dynasty heirs have spun? Can she stop herself from falling into Raphael St. Tristan's trap before he can fulfil his promise to shatter her completely? Or are those stories about Eden true after all and will she be foolish enough to taste the forbidden fruit that is Eden itself? 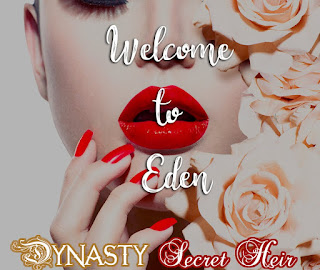 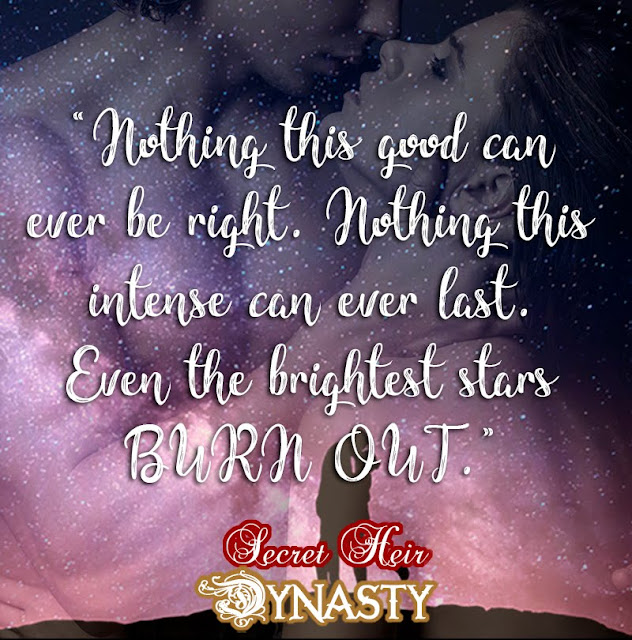 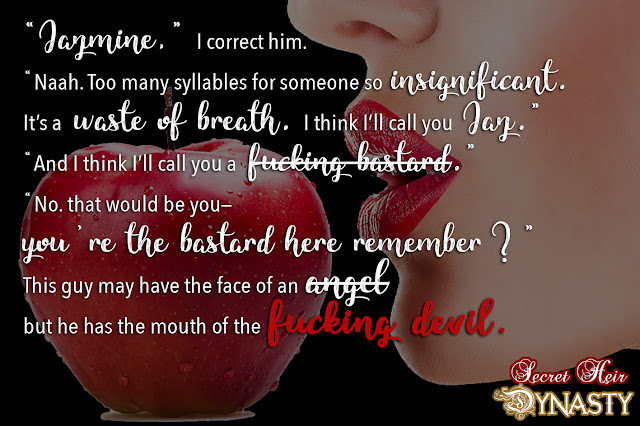 Jazmine Evenstar has always felt out of place since her mother died, but she never expected the reason was because she belonged in another world. Learning the customs and the people that inhabit Eden will take some time, but maybe this what she's searching for.

Raphael St. Tristan has know what's been expected of him since birth, but what he never expected was Jazmine Evenstar.

After a rock start, Jazmine and Raph seem to come to an understanding. But things in Eden aren't always what they seem.

So when Jazmine learns the secret everyone's been keeping from her, she turns to the one person she thinks she can trust. But she's instead of getting the comfort she expects, she gets a bombshell that finally breaks her.

What will Jazmine do next? Will she stay in the new world she finally felt like she belonged in? Or will she return to Earth and never look back?

Secret Heir is captivating story that stole my breath away and left me speechless.

I'm not sure what I expected when I picked up Secret Heir, but what I got was a story that kept me on the edge of my seat wondering what would happen next.

I really loved how strong and independent Jazmine is and how she always speaks her mind, even if it gets her into trouble from time to time. Her ability to adapt is stunning given all that she's been through.

I really wanted to hate Raph but then he makes me think he's not that bad after all. But that ending left me stunned.

I really enjoy getting to know Jazmine and the world of Eden. Her journey has had many ups and downs and I can't wait to see what happens next.

If you are looking for a read that will keep your attention gripped from start to finish with a storyline filled with intrigue, mystery, and suspense, then I highly suggest you pick up Secret Heir and take a journey to Eden. 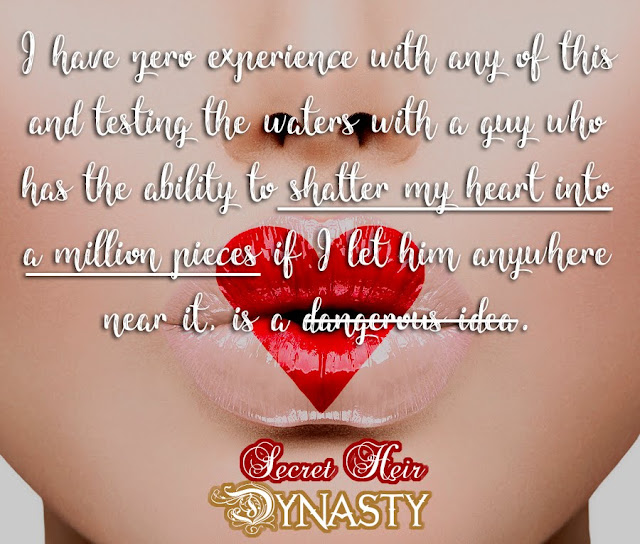 MJ Prince is the author of Secret Heir - the first book in the all new Dynasty trilogy. A loose adaption of Romeo and Juliet but with a fantastical twist, this saga of feuding Dynasties, forbidden love, betrayal, royal scandals and power struggles for the crown promises to ensnare, captivate and shatter, then leave readers clawing for more.

New Adult and Young Adult author, sometimes artist, sometimes lawyer, often a dreamer and a hopeless romantic but a die hard bookworm at all times. 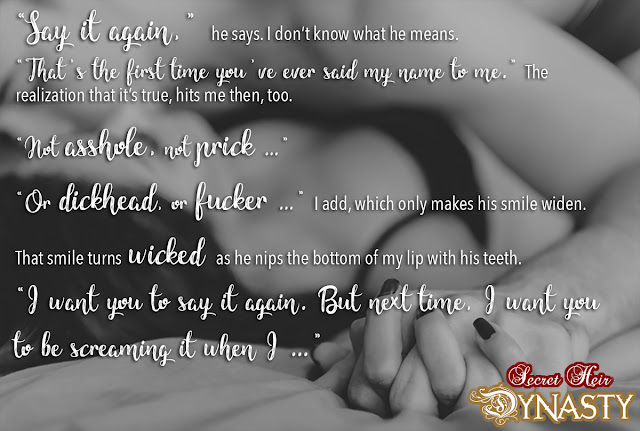 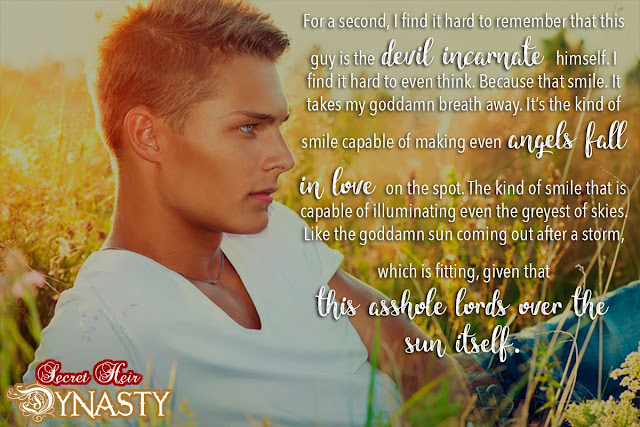