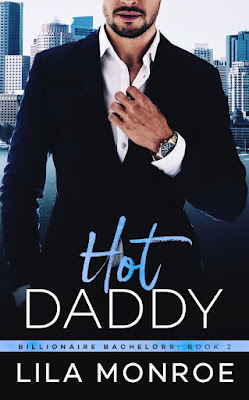 Welcome to the Billionaire Bachelors series, where the sexiest men in the city are about to meet their match…

Playboy CEO, Cal McAdams, lives life in the fast lane: hot women, hotter deals, and… a fake fiancee? I signed on to help reform his reckless image and win custody of his god-children, but I wasn’t expecting to come face-to-face (and mouth-to-mouth) with my wild Vegas hook-up from three years ago.

AKA, 6”3 of tanned muscle, sharp suits, and ‘undress me’ eyes.
AAKA, the best thigh-clenching, bed-shaking sex of my life.
AAAKA, the man who couldn’t be more off-limits if he had a uranium belt wrapped around his, um, assets.

I’ve never been one to break the rules, but Cal has me wanting to rip them up - and roll around naked on the scrap paper. But with just three weeks to turn this bachelor into a DILF, can we keep our crazy chemistry from derailing his plans? Or will gold-digging relatives, rambunctious pre-teens, and a little thing called love leave us both crashed out of the race?

Find out in the new sexy, hilarious romantic comedy from Lila Monroe!

I’ve been stranded at the hotel bar in Vegas alone for exactly twenty seconds before a guy sidles in beside me. “Buy you a drink?”

I glance up. He’s at least twenty years my senior, with pleated khakis and an obvious comb-over. I shake my head and smile tightly. “Got one, thanks.”

“Aw, come on now,” he says, plunking himself down in the empty seat beside me. “You in town for the conference?” Then, in spite of the fact that I haven’t asked: “Medical devices.”

His name is Greg, he continues; he sells surgical equipment and has a hundred dollar per diem he hasn’t blown through yet today, if I want to rethink that drink offer. “I’ll spring for nachos too,” he says magnanimously. “I’m a generous guy.”

I’m sweeping the room for the closest exit, contemplating an escape worthy of Danny Ocean himself, when a hand lands on the back of my barstool. “Hey babe,” a deep voice says casually. “Making friends?”

I whip around. This guy would look right at home with Clooney and Pitt. He’s tall and dark-haired, wearing a shirt rolled halfway to his elbows and an expression that clearly says, just go with it. “I got my ass beat at roulette,” he continues with a sheepish grin. “There goes private school for the kids, right?” He sticks his hand out to medical device guy. “Cal. The husband.”

I almost choke on my paloma. Still, something about the sheer ballsiness of this particular play--and, okay, how hot this guy is--has me playing along. “Hey hon,” I say, laying a hand on his pleasantly solid bicep. “Greg here was just telling me all about the free swag at the medical device conference in town.”

Greg’s gaze darts from me to Cal, then back again. “I guess I’ll leave y’all to it, then.”

“Good to meet you,” I lie, smiling my cheeriest smile.

Once he’s gone I turn to Cal. “So, on a scale of like, one to Disney Princess, how badly did I look like I needed rescuing?”

Cal tilts his head to the side, considering. “I mean, your undisguised expression of misery kind of gave it away.”

“Maybe that’s just how my face is!” I protest, laughing in spite of myself. “Resting miserable face.”

“Eh. Maybe.” Cal shrugs, all confidence as he settles himself onto Greg’s recently vacated barstool. “You don’t look so miserable now.”

Right away I feel my cheeks flush. It’s been a long time since I flirted—or, more accurately, since I was competently flirted with. “So how many kids do we have, exactly?”

“Not too many,” he reassures me, nodding at the bartender for another beer. “Like six or seven, max.”

“Six or seven!” I snort. “And here you are just gambling their lunch money away like some kind of degenerate.”

“Clearly.” I stick my hand out. “Jules Robinson.”

“Nice to meet you, Jules Robinson.” He gives good handshake, firm but not bone-crushing, all long fingers and the faintest scrape of callus on his palm. His eyes are a deep, friendly brown. “So what brings you to Vegas?” he asks.

“I’m with a girlfriend,” I explain. “Or I was, anyway. At the moment she’s out on an... exploratory mission.”

“Auditioning for Thunder from Down Under,” he says immediately. Then, off my laugh: ”Callback, actually. I aced the first round, they couldn’t get enough of me.”

“Right, no, obviously.” The ads for the all-male revue were plastered all over the strip when we got here this afternoon: beefy, longhaired guys in bow ties, cummerbunds, and not much else. “So what’s your character?” I ask, rattling the ice in my mostly-empty glass. “Sexy fireman, sexy cop…?”

“Sexy medical device salesman,” he deadpans. “See, you’re laughing, but I have a whole bit I do with the x-ray machine. It’s a real crowd pleaser.”

Casino bars don’t ever really empty out, but this one is taking on a distinct after-hours vibe, low light and quiet conversations; the Bud-guzzling bachelor party bros are long gone. When I finally check my phone to see if Kelly’s texted—she has, she’s safe, and she’s having a truly epic time with her mountain man—I realize it’s after one. “Holy shit,” I blurt. “How’d it get to be so late?”

Cal raises his eyebrows. “Keeping you up?”

“What? No!” I blurt, immediately embarrassed by how eager I sound. “We just had an early flight out this morning, that’s all. I’ve been up for like twenty hours.”

“I’m teasing you, princess.” He smiles at me then, slow and easy. It’s the most intimate smile of my entire life. It’s a smile like sitting in front of a campfire in October and reading the paper in bed on Sunday morning; it’s a smile, frankly, like getting good and fucked by a man who knows you down to your most essential particles. “You wanna get out of here?” he asks.

I knew it was coming but still there’s something bracingly scandalous about the idea, being propositioned by a total stranger. I’m imagining it now, I can’t help it: that broad chest pressed against mine and his capable-looking mouth on my neck, long fingers reaching down between my legs and—

“Tempting,” I tell him truthfully, laying a palm against my flaming face. “But I probably shouldn’t.”

To his credit Cal keeps smiling, a little rueful; he doesn’t try to convince me, either, just touches my arm and catches the bartender’s eye to settle up. “Fair enough,” he tells me, pulling his wallet out of his back pocket. “Well, it was really nice to be married to you for five minutes, Jules Robinson.”

“Yeah,” I agree, feeling my whole body get warm. “It was nice to be married to you for five minutes, too.”

I’m surprised by the sharp pang of longing behind my ribs as I watch him go a moment later, the strange sense that I’ve somehow given up more than just a roll in starchy white hotel sheets. Still, it’s not like I’m about to just get up and follow him out of here. He probably does this every night, sure. But I’ve never had a one night stand in my entire life.

I’ve never had a one-night stand in my entire life.

The thought stops me—after all, I’m a grown-ass woman with a newly minted law degree, aren’t I? I’ve got nobody to answer to but myself. And this is Vegas. What happens here, et cetera. I swallow down the rest of my tequila, set the glass back down on the bar. “Hey Cal!” I call, slinging my purse over my shoulder and hopping down off my barstool as quickly as my tiny dress allows. “Wait up.” 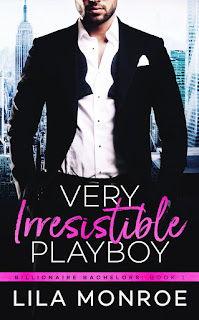 Combining her passions for books, sex, and well-fitted suits, Lila Monroe wrote her first romantic comedy, The Billionaire Bargain, in 2015 and hasn’t stopped since. She loves writing about smart alpha men, and the strong and sassy women who try to tame them.