Start Me Up, the newest standalone in the Man of the Month Series by #1 New York Times bestselling author J. Kenner is live!

A high school drop-out with only his twisted sense of humor and panty-melting good looks going for him, Nolan Wood has turned a small radio gig into a thriving career.

Now a local celebrity, Nolan never wants for female companionship. But he never gets too close. And he damn sure never lets them see the man—or the pain—behind the jokes.

Then a one-night stand changes everything.

Career-focused, goal-oriented, and buttoned-down accountant Shelby Drake isn’t the kind of woman who’d usually catch Nolan’s attention, but her soft mouth, hidden curves, and deep sensuality blow his mind. And after only one taste, he wants more.

But Shelby wants nothing more to do with him. And now the radio playboy is on a sensual mission to convince her that opposites really do attract.
Her pleasure is his passion.

Each novel in the series is a standalone romance with a guaranteed HEA!

Shelby Drake has a plan for her future, a safe reliable future. The last thing she expected was her  reaction to the brass, outspoken radio personality.

Nolan Wood is a man that has worked hard to get where he is and loves what he does. After disastrous failed relationship, the last thing he wants is to go down the road again.

A chance encounter brings these two unlikely people together and the sparks fly.

But is Shelby willing to risk her plans for Nolan? And more importantly, will Nolan be able to give Shelby the relationship she deserves?

Start Me Up is fun, sexy, exciting read that captivates the reader with the first sinful look until the last wicked embrace.

I love how Shelby takes the chance at something special even if it scares her something fierce. I love that she loves her family, even when they make her feel like she's doing the wrong thing. She doesn't turn her back on those she cares for, no matter what. She's a lot stronger than she gives herself credit for.

I love how Nolan goes after Shelby because he knows she's someone special. He opens up to her in ways he's never done with anyone else. He really is more than just some shock jock, he's warm, caring, and passionate.

And when these two heat thing up, be prepared for a cold shower or two. Nolan has a very dirty mind and a deliciously wicked mouth. Panties don't stand a chance against Nolan when he turns on the charm.

I enjoyed Start Me Up and fell head over feet for Nolan and Shelby. This book has heart, soul, passion, and a whole lot of sexiness.

So do yourself a favor and pick Start Me Up and meet Mr. April today. 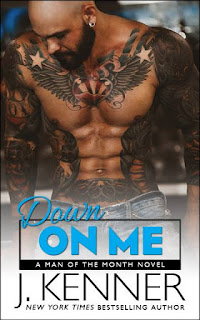 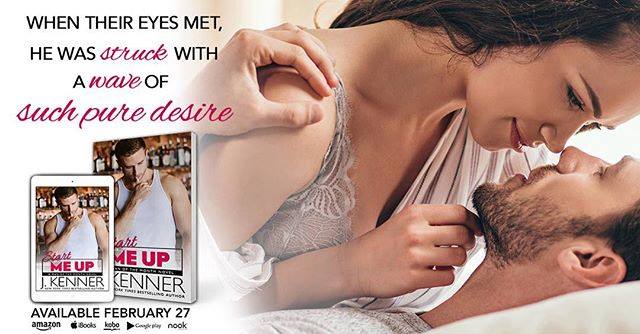