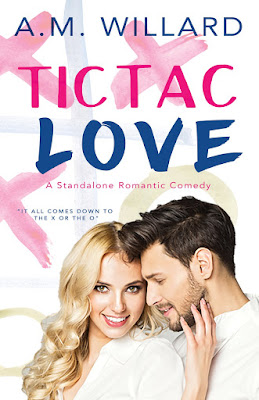 For as long as I can remember, I've been in love with Paxton West. I've planned our wedding in my head a million times. What our babies would look like. How we would grow old together and still play our favorite game— Tic-Tac-Toe.

However, we have one problem.

Paxton doesn't believe in true love, soul mates, or happily ever after. Oh, did I also tell you he doesn't want kids? It also means I can't explain to him that he's the only guy for me, or about my—our—current situation.

The past started with a game of X's and O's.
Then came the miles and miles that kept us apart.
Next came tequila shots... They're never a great idea.

Now, more than ever, the future scares the crap out of me. If my plan backfires, I could not only lose my best friend but the love of my life. 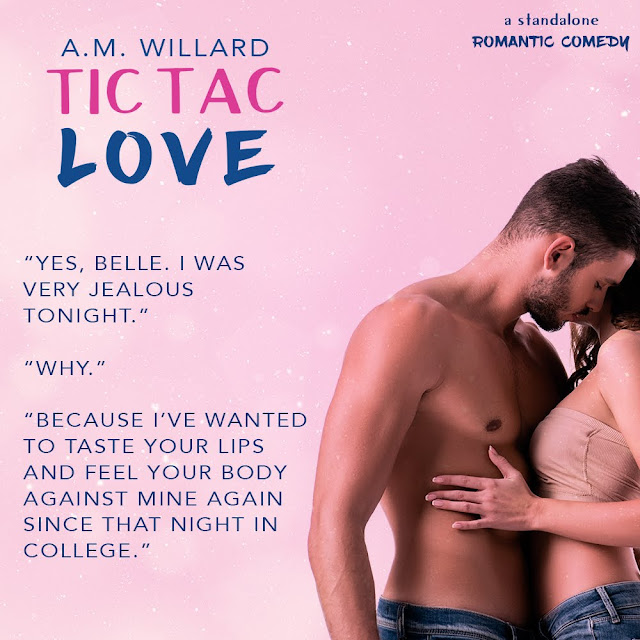 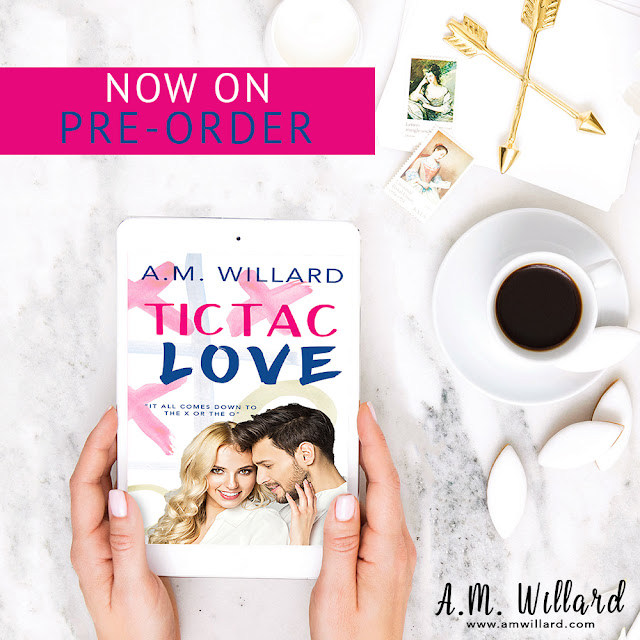 Stepping out into the hallway, I head toward my door with my shoes and keys in my hand. All I can think of at this moment is stripping down out of these clothes and face-planting into my pillow where I can sleep the many drinks off. Right as I open the door, I hear the faint ding echoing down from the elevators. Shrugging it off, I enter my apartment and lock up behind me. I guess I find it odd that someone else would be wandering the halls this late or early. I’m never out at this time and have no idea what the neighbors do after I fall asleep. A new male neighbor moved in a few weeks ago. I already had the pleasure of bumping into him while trying to not spill my coffee one morning. I still deny that it was his looks that threw me off.

I drop my keys into the bowl next to the door before heading straight to my room where I lose my heels and strip out of my shirt and bra. Right as I unbuckle my jeans, I hear a faint knock, so low that I’m not sure if it’s my door or a bump against the wall from next door. Knock… knock… echoes again. I grab my shirt from the floor, slide it over my head, and go to investigate the sound that’s causing the hairs on my neck to stand. Rounding the kitchen island, my feet dig into the ceramic tile as the lock on my door twists. I’m frozen in place… Unable to move anything on my body as I hold my breath waiting to see what’s happening. It’s now that my mind races with all the horror movies I’ve screamed at over the years. The ones where the girl is either running up the stairs to hide from the intruder instead of outside to safety. Or where they just stand there as if a target is placed on their chest. Just pick one, because I’m that girl at this moment. My face is frozen, ice coursing through my veins. The hairs on the back of my neck are at full attention as if we are standing to pledge to the flag. My eyes stare straight ahead as the door opens in slow motion. Saying a little prayer, I close my eyes and wait for what’s going to happen next. Fear overtakes me, consuming my body, mind—everything.

“Belle, what are you doing?” I hear his voice, but then I’m afraid to open my eyes. Could it be possible that two people in this world have the same husky voice that makes me weak in the knees?

With my eyes still squeezed shut, my other senses go on high alert. The drop of a bag, the tap-taps of a set of shoes against the tile grow louder and louder as the person gets closer to me. “Belle, open your eyes and breathe before you pass out.”

Slowly, I do as he instructed. That’s the moment that I lean against the counter for support as I thank God that it wasn’t a killer that had a key to my place. Paxton’s face scrunches up as he reaches over for me.

“What were you doing?”

“I thought you were here to kill me; I was bracing myself for the worst.”

“What have I told you about watching those horror movies, huh? You let them get to you, and why would a killer use a key?”

“I don’t know; they could’ve made a copy when I wasn’t paying attention, or it could’ve been the security guard—who knows… What are you doing here?”

“Not the welcome I thought I’d receive, but my plans changed. You were more important to come see.”

I let Paxton’s statement set in before I smile up at him. Stepping closer, I wrap my arms around his neck and breathe him in. The faint hint of the stale airport, his earthy spice, and lemon soothes my nerves.

“Are you just getting home?” he inquires, and I notice his voice hints to a bit of jealousy. That confuses me as he’s never been the jealous type. One to worry about my well-being—yes, but not curious about where I’ve been or with whom.

“I am,” I answer as I pull away from him and step over to the fridge. Opening it up, I grab a bottle of water before glancing back over to Paxton. His hands are gripping the edge of the countertop, face blank not revealing any indication of what he’s thinking. “Want something to drink or eat?” is the only thing that I can think to ask.

“Paxton,” I let his name slip from my mouth to stop him. He slows his stride over to his bags, turns to look at me and, before I can say anything else, wanders over to me.

“Belle, get some sleep, and we’ll chat in the morning,” is all he says before placing a kiss on top of my head. I stand here in the middle of my kitchen with a bottle of water in my hand, watching his back retreat from me to the spare bedroom. I’m not sure how long I stand here, confused and unable to move. It’s the sound of the shower turning on that breaks me from my thoughts. Causing me to realize that this isn’t a dream. Instead of sulking from the blow off that I just received from Paxton, I force myself to go to my room. Closing the door behind me, I pad over to my dresser, pulling out a pair of boxers and a top to change into. The sound of the water still running through the pipes on the other side of my bedroom causes my heart to beat faster. I can’t explain the way I feel right now. How I’m confused about what I should be feeling. I’m blaming the amount of alcohol that’s in my system. It’s not like he’s never showered here before. It’s more the fact that he blew off an assignment to come see me. That’s something Paxton’s never done. Work has always come first for him. No matter what, he’s never turned down a job; well, for as long as I known him. My head hits the pillow, but my eyes refuse to close. The wheel’s spinning a million times faster than it ever does. With the water off, the apartment is quiet, and I can hear his footsteps down the hall and how they stop outside my door before going to his. The door clicks shut, finalizing that there won’t be a conversation tonight. Unless I pull a trick out of the old handbook.

I roll over, grab my phone from the nightstand, and power it up for the first time since I shut it off in the elevator. It’s then that I notice the messages from Paxton. I listen to his voicemail and read through his text. I can’t scroll up to where I left the short, clipped response to him canceling this weekend.

Me: Are you okay? I know you’re tired, but something seems off.

I could crawl into bed and lie next to him, but taking the chicken way out of this is better tonight. I don’t trust my mouth, and I’m pretty sure that I’d slip up and say something that I’d regret tomorrow. I’m sobering up, but the way he made my heart restrict tonight from the pain that was washed over his face out of concern for me is causing me to expect the worse. Did he come here to tell me something’s wrong? Was that why he canceled his trip? 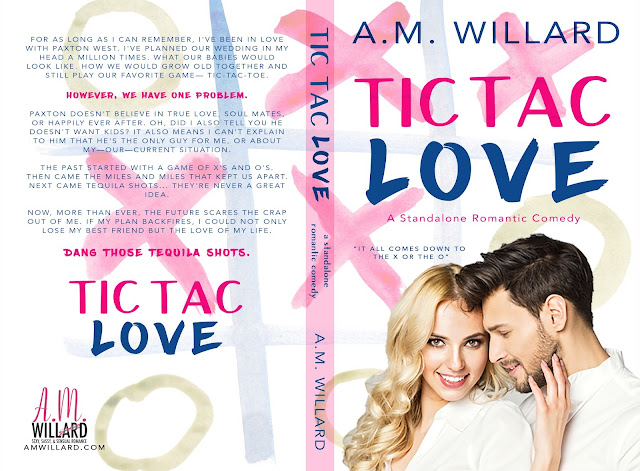 One of Five ARC's for Tic Tac Love 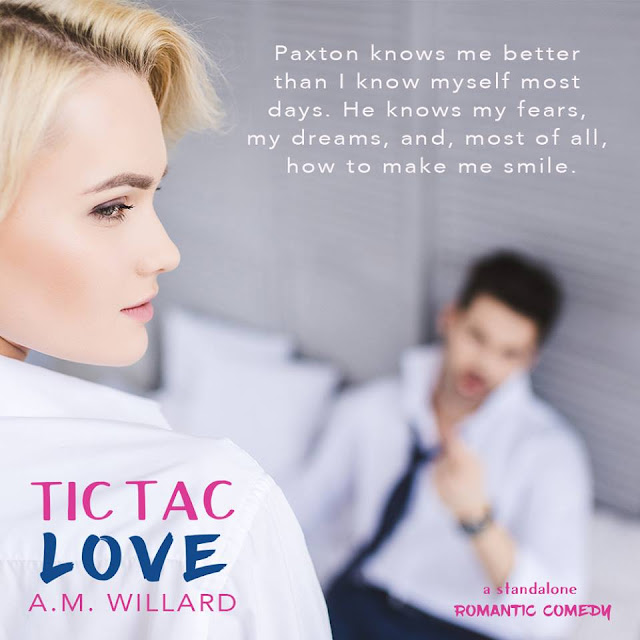 Bestselling Author, A.M. Willard resides in Savannah, Georgia. She joined the Peach State many years ago after leaving the crystal blue waters and sugary white sand behind from the Panhandle of Florida. She's also known for being a wife, mother, and caretaker for her farm animals. A.M. loves anything sassy, glittery, and is a sucker for the Hallmark Channel. That last one might be the reason she believes in soulmates or it could be because she married her high school sweetheart for twenty years ago.

After releasing her first novella series back in 2014, A.M. set out on a new goal to bring her readers a broad range of romantic stories from her desk. This includes Romantic Comedy, Contemporary Romance, and from time to time some Sexy Romance.

A.M. is an active member of RWA (Romance Writers of America). 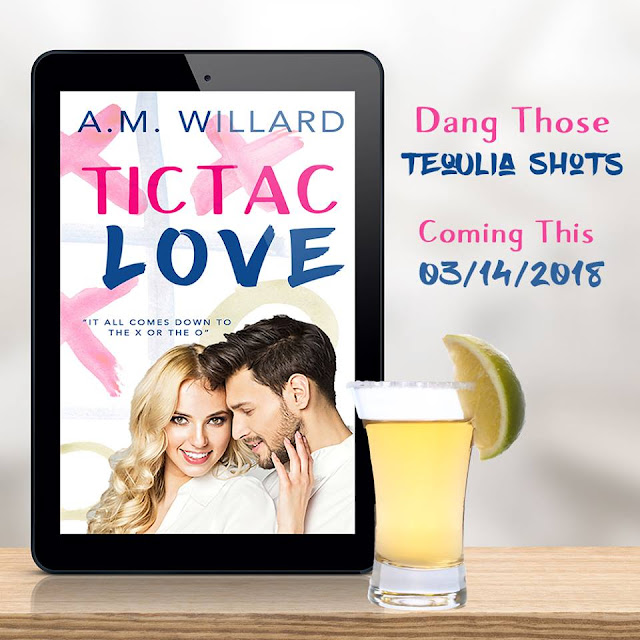