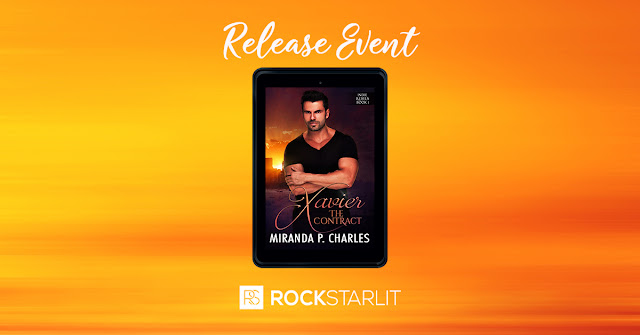 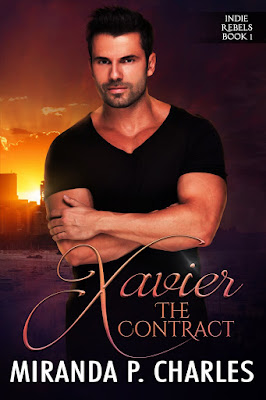 When Xavier Stirling’s father suddenly confesses to fraud, Xavier suspects he’s being coerced by a notorious criminal. With the police already failing to lay a finger on the culprit, when Xavier finds himself the target of false accusations that threaten to ruin his own business, he desperately looks elsewhere for help. Enter the Indie Rebels—a secret group unsanctioned by law enforcement agencies. But to get their help, Xavier has to become an Indie Rebel himself. His first assignment is to keep journalist Eve Marrin safe—without Eve knowing she’s being protected. He’s surprised by the strength of his attraction for her. Now Xavier not only needs to watch his back—he also has to watch his heart.

For Eve Marrin, her new job as co-lead reporter for a popular public affairs program is a dream come true. She loves nothing more than to uncover scams, unfair business practices and other matters that the public has the right to know about. When she’s given a tip to investigate the fitness training business of Xavier Stirling, she soon realizes she needs to build a wall around her heart in order to do her work.

Xavier: The Contract can be enjoyed as a standalone novel or as Book 1 of the Indie Rebels series, where steamy, heart-melting romance meets danger, mystery and suspense. 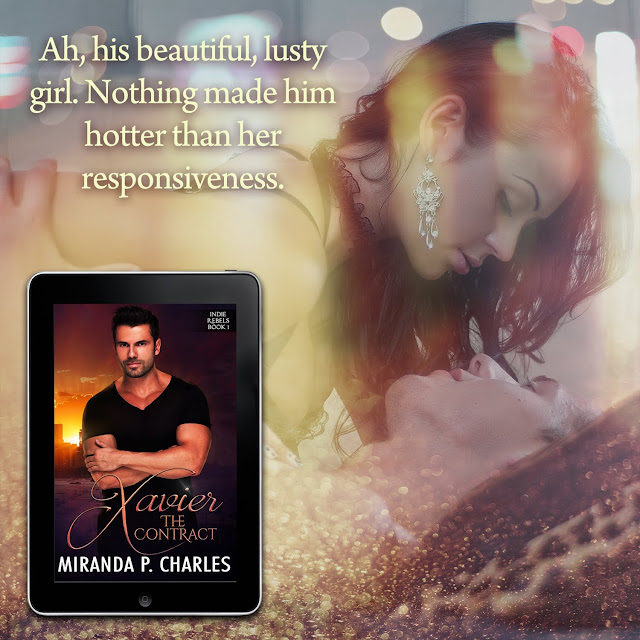 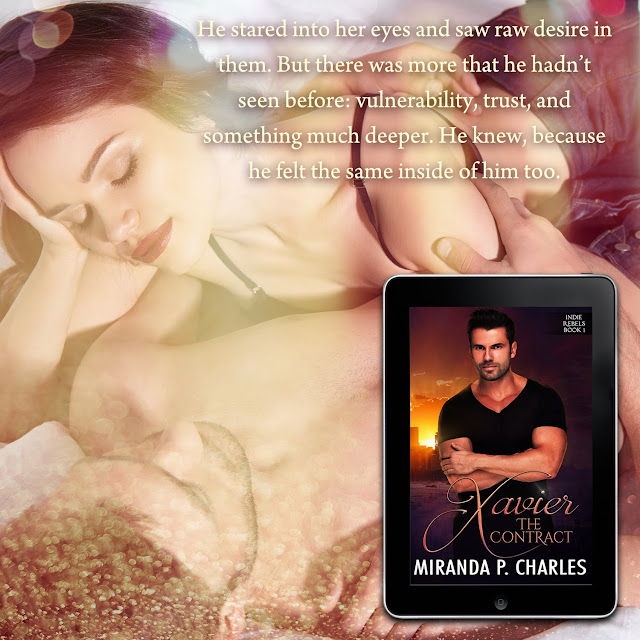 
Eve leaned against the railing of the ferry then closed her eyes, lifting her chin towards the sky. The sun’s delicious warmth balanced out the cool strong breeze that blew her hair from her face. This was heavenly.

She opened her eyes and found him staring at his phone.

“See?” Xavier showed her the screen. It was a picture of her taken just then, looking serene and happy.

“Hey, that’s not fair.” She fished out her own phone and pointed its camera lens to Xavier.

Xavier smiled for her.

“Oh, sure.” He shut his eyes and exaggerated his grin, even raising his arms wide open.

She laughed and took a picture of him.

“Now, how about a selfie with the two of us?” Xavier asked, stepping closer.

They both raised their phones and took the perfect photo with the Sydney Harbour Bridge behind them.

Eve sighed. She was already having a great time and they hadn’t even arrived at their destination. She went on full tourist mode, though, taking plenty of pictures as they passed landmarks like the Sydney Opera House and Fort Denison.

Xavier pointed out other places of interest, including some mansions along the shoreline and telling her who owned them.

“You definitely make a great tour guide,” she said. “If you ever get tired of being a personal trainer, this could be your next career.”

“Why, thank you. I better keep this up, so if I ever need a good reference for a future employer, you’d be happy to give me one. Right?”

“Definitely,” she said with a chuckle.

The half-hour ferry ride from Circular Quay to Manly felt like ten minutes to Eve. And before she knew it, another hour had passed from walking around the place, visiting the shops, and strolling along the beach.

“It’s a shame it’s cold,” Eve said, burrowing her toes in the sand, “or I would have wet my feet in the water.”

“I’d say come back during summer,” Xavier said. “But then, that’s a long way away.”

She smiled at him. Did he mean he’d like to see her again before that?

Well, if the rest of this weekend remained enjoyable in his company, she just might consider it.

“Actually, yeah. I’m starting to feel peckish. Do you mind if we go to that pub and sit out on the balcony?” She pointed to the place.

“Sure. They got great food there.”

Xavier took her hand and Eve’s heart skipped. This was the first time since getting on the ferry this morning that they’d held hands. She’d kind of been missing it.

Both she and Xavier ordered fish and chips and beer. And despite the view before them, Eve was content to simply look at Xavier and enjoy their conversation.

It still surprised her how at ease she felt in his company. Perhaps it was because Xavier himself looked completely relaxed. She hadn’t noticed any forced conversation or fake laughter between them. And even right now, when they were simply enjoying their food, she was comfortable in their silence.

Should she tell him about her work? 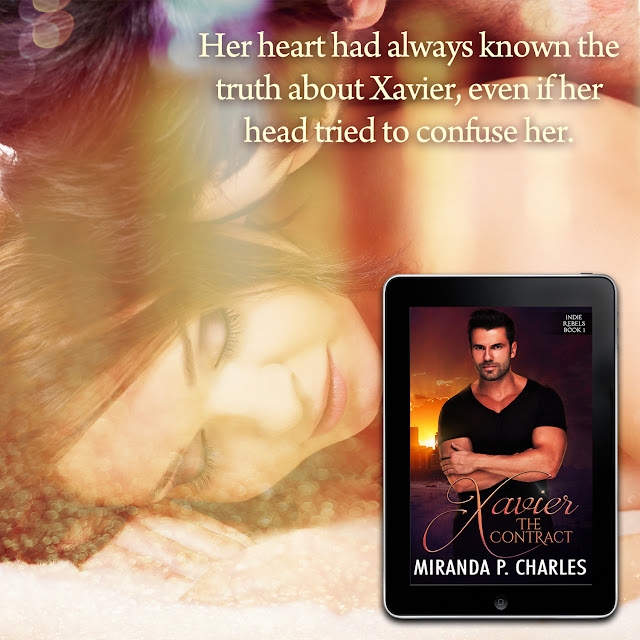 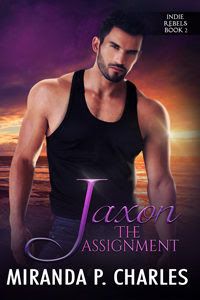 To save his long-lost brother from the clutches of a criminal syndicate, Jaxon has to endanger the life of the woman he is assigned to protect. But how can he betray the one person who wants to give him her whole heart? 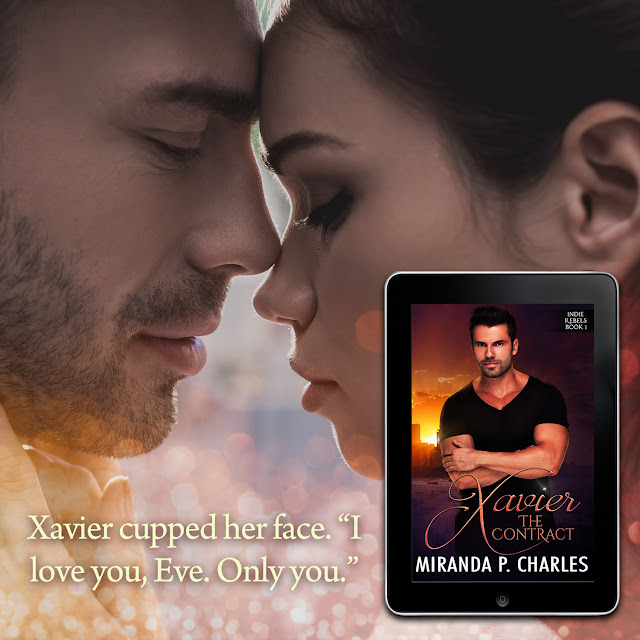 Miranda P. Charles is the author of more than eighteen steamy and stirring contemporary romance novels.

She prefers to spend her time in front of her laptop, putting into words the love stories that play in her head. Don't get her started with reading a great book, though, because she has the tendency to not put it down until she gets to the last page.

She does have a life outside of books. Mostly, that consists of bonding with family and friends or going on romantic trips with her awesome husband (who, thankfully, puts up with her hermit-like daily routine). Oh, yeah, there's also the housework. But she really wishes someone else could do that for her so she could get back to her books!

She lives in the beautiful city of Sydney, Australia. 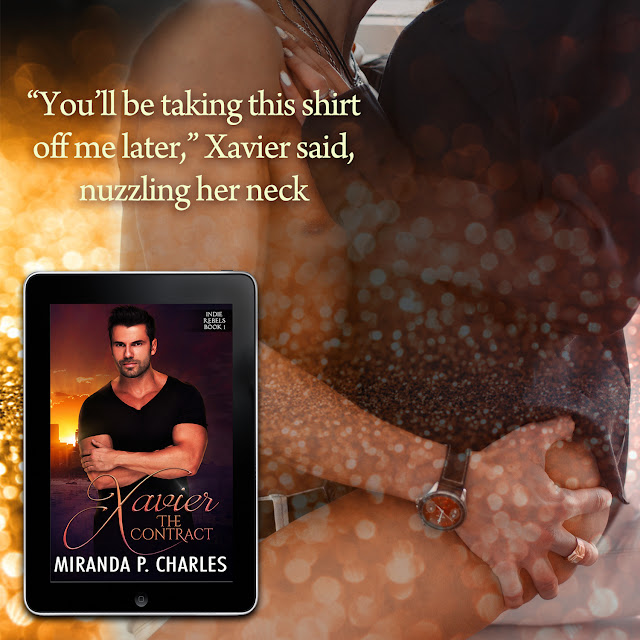