Time and space won’t stop Seth from eliminating his target...

In the year 2040, futuristic hit man Seth Langdon travels the world by rifts in time, carving a successful career in murdering corrupt men and women. He's the top assassin working for the elite underground agency, Haroun.

During a routine assignment in Oklahoma, Seth carries out the hit of an arms smuggler, David Bloom. But after the job is done, Seth can’t shake the feeling something is very wrong. He’s left haunted by the memory, but what made Bloom so different than Seth’s other targets?

Then his next assignment rolls in...

After a coveted promotion, Seth becomes an Expult agent—an assassin with the freedom and rights to eliminate specific targets. For his first official hit with the new job title, he's ordered to kill animal activist Terra Bloom, daughter of David Boom. Regardless of Seth’s guilt over killing her father, she’s just another target...or is she?

Seth’s moral compass spins out of control as inner struggles clash with his dedication to the job. When his decisions lead to tragic consequences, Seth and Terra embark on a journey, fleeing from the very organisation Seth dedicated his life to.

When a trained killer falls for his mark, he’ll use every resource to protect her—even if he’s deemed a Rogue Agent.

Seth tore the hotel room apart looking for anything to numb the pain. The bottle of pills he found under the sink didn’t cut it; neither did the bottle of vodka he boosted from the bodega down the road. Despite the promise of a bone crunching headache in the morning, he tilted his head and tipped the liquid into his empty gut.

From his position on the bed, he sneered at the bible on the table, forcing a half-assed laugh. The book cruelly reminded him that he had no right to ask for retribution from anyone. He was the last man to redeem himself. Trix was dead because of him. Was this punishment for choosing Terra over her? Spencer did the one thing he’d vowed he would never do: kill an agent’s loved one. For his act of treason, Seth was expecting some sort of rebuttal, but not this. The hotel room door opened and Terra entered, cradling a paper bag of groceries against her chest.

“Are you still nursing that bottle? Why don’t you take a shower? It will make you feel better.”

He snorted a response.

“Come on,” she cajoled. “You’ve always told me to move on. I’ m sorry about Trix but maybe it was for the —”

He was out of the chair and in her face so fast the paper bag slipped from her fingers and spewed its contents onto the carpet.

“You don’t get to say shit about Trix!” he yelled, shoving a finger in her face. “You didn’t

know her at all. If I never listened to the fucking voice in my head and saved you, she might be still alive.”

“You can’t blame me for that,” Terra shot back, gathering the fallen items back into the bag. “I’m sorry for her death, but you saved me for a reason. That little voice in your head decided to make a decision that ultimately changed your life. You’re a good man, Seth, and for what it’ s worth, I trust you. Somewhere deep inside me, I know I’m safe around you.”

He had no response.

“When I lost my father, I didn’t understand the pain I was feeling. He and I never got along when I was growing up, we were polar opposites. As a teenager, I made his life hell and my mother was at her wit’s end. When I turned sixteen, I moved out and never looked back. I did love him, of course, and it hurts that we never got to resolve our issues. I moved on.”

“Your father was a criminal,” he sneered.

Her lips formed a thin line and she turned her back on him. “You’ re hurting so I’ m going to let that one slide. I knew my dad. He was a good man, despite our history.”

Terra ripped the empty vodka bottle from his grip. “Shut up, Seth. You just want revenge.”

She came up close, pressing her breasts against his chest, breathing hot air onto his neck.

“The best revenge is to live, Seth. Spencer hasn’t tracked us down yet. We left the park before his men could find us. Would Trix want you to cower in fear all your life?”

He gazed into her azure blue eyes and saw something he thought he’ d never find again: redemption. He wanted to kiss her, to taste her, but the memory of Trix’s head exploding into million pieces expelled the desire.

“Do you remember their faces?” Terra asked, unmoving, still close to him. “The men and women you killed over the years.”

“There’s too many of them.”

She drew lazy circles in his shirt, her eyes burrowing into his. “You need to relax and let loose. You’re too uptight. We sat in that stinky state train for two days to Richmond and you of all people need to unwind. I know a place.”

I sip my decaf coffee—which totally defeats the purpose of coffee, I understand that, but regular coffee gives me worse migraines than I already get—and stare a hole into my monitor. Yeah, I'm still one of those people who have a monitor. I have a desktop, a keyboard, a computer chair, and the whole mid-2000s thing going on in my bedroom/office. It's the one room in the apartment where I can get away from everything. My place to shut the door, turn up the music, and dance if I want to dance. And I do want to dance. Nineties' music is my specialty, and I use that word very loosely.

Every morning for the past week, it's the same routine. I get up and rub my throat, because it hurts like a mother from all the screaming I apparently do in my sleep. As a side note, this is why I try not to sleep now when Sam's here. Which means I don't get a whole lot of sleep, but what's sleep when you are eighteen? Eighteen year olds don't need sleep. We need parties and friends and boyfriends to not think we are crazy.

Born in Sydney, author Kellie Wallace developed a love for the written word early in life, writing her first story at aged three. Her father used to read to her at bedtime, establishing a deep love and respect for books.

Kellie wrote her first fiction fantasy novel called Giblin the Conquer, an X Files fan fiction and a military fiction while in high school. After finishing school, Kellie moved to the sunny Northern Beaches and carved a successful career in the media/advertising industry writing for numerous Sydney based publications. But that didn’t stop Kellie’s love to write. An aspiring novelist, she fulfilled a dream in 2008 having her first book All She Ever Wanted published at the age of 22 years old.

In 2013-2014, Kellie released her first catalogue of books Darkness before Dawn, Skylark, To lean on Falling Men and Earthwalker. 2015 will be a big year for Kellie with the releases of Edge of Tomorrow and Her Sweetest Downfall.

She currently resides in Sydney with her husband. 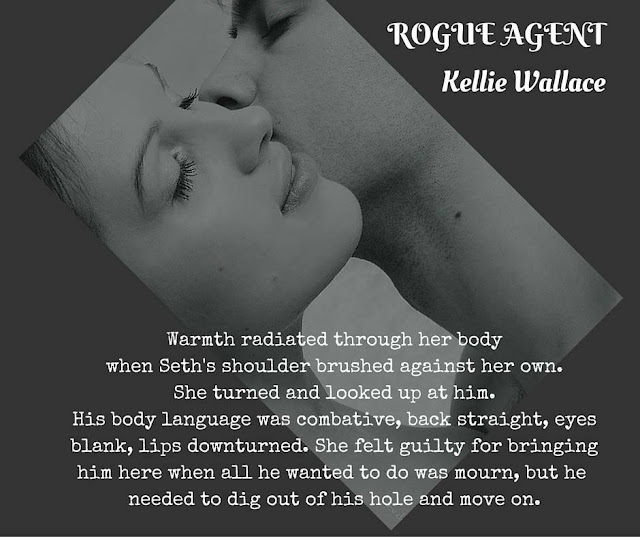