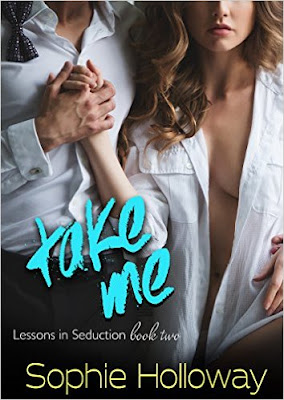 I want more of her. All of her.

I want to drive her wild every single night until she's learned all the sinfully wicked things I need to teach her.

But someone is trying to tear us apart. Someone’s gunning for my company too. What they don’t know is that I’m the kind of man who protects what's his.

My family, my business, and this woman.

I will do whatever it takes.

Eva's feeling of being watched/followed seems to be real. Someone has just broken into her home. Why is someone watching her and why would someone want to harm her? Her life has always been sheltered but good, so why this is happening to her now is beside her.

Jack has always looked upon Eva as like a little sister, but ever since he's started these "training" lessons he's been seeing her in a different light. And now that he's had a taste, he's going to do everything to keep her safe and keep her apart of his life.

Although the danger is becoming more intense, Jack and Eva's connect is growing just as intense. Just when each think they have a handle on their feelings, they surprise each other. Eva's got talents she didn't know she had, or maybe is just Jack that brings them out in her. And the longer Jack spends with Eva, the more he's taken aback by his actions.

If there is one thing that is for certain it is that Jack and Eva are a combustible combination. Jack's ability to not just turn Eva into Jell-O but the reader as well. But be warned, your e-reader will likely heat up as well.

And the ending??? Oh my goodness!! What is going to happen next? Will Jack be able to save the day? I for one, can't wait! 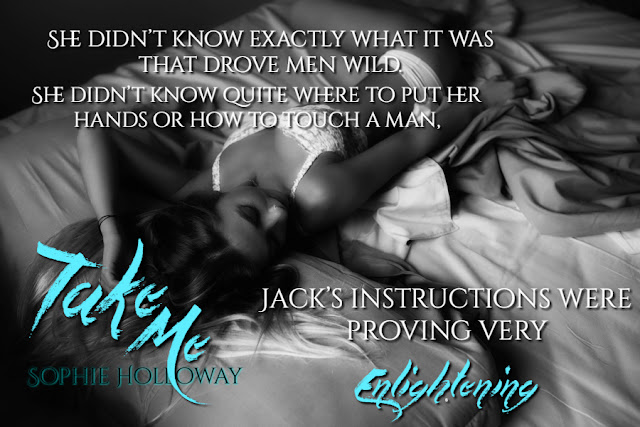 The bartender approached her. As she opened her mouth to order, he said, “You’re Eva?”

He slid a vodka martini, her favorite drink, over to her. Underneath the glass, on top of the Sky Deck napkin, was a folded note. She felt her face flush as she reached for it. He’s going to tell me he made a mistake. He’s going to say he can’t make it. The breeze on her body suddenly felt like ice, prying the goosebumps up from her skin. She unfolded the note and read, Go to the restroom.

She’d heard a hundred stories about how smooth Jack was. She’d seen him in action enough as well. He could charm the panties off any girl, just by leaning in, touching her hand, and talking to her like she was the most important woman in the world. Eva had always thought she’d probably faint dead away if he ever focused his attention on her. Not that she hadn’t fantasized about it— she had, a million times, but a bathroom break had never been part of those dreams. Her knees wobbled as she took a small sip of her drink, then a larger one.

Then she downed the whole thing in one long gulp. She needed it.

Licking her lips, she slid off the stool and headed down the hallway toward the restrooms, her equilibrium slightly off in the four-inch peep-toe heels Georgie had insisted on. When she closed the door behind her, she checked her reflection in the mirror. Despite the alcohol swirling inside her, she looked terrified.

She took a deep breath. Then another. “Calm down, dammit!” she commanded in her best, gruff Georgie voice. “You can do this.”

She opened the door and stepped outside again, feeling only slightly better about herself. She didn’t have time to worry much more, however. Before she could head out of the hallway, a door opened to her side and a heavy hand clamped around her upper arm, pulling her into a darkened room.

She blinked, her eyes adjusting to the dimness as a voice hissed, “Don’t ever drink a cocktail that you haven’t personally watched the bartender pour.”

Talking like that, he sounded like Antonio. She opened her mouth to tell him she could take care of herself, but before she could, his mouth found hers, needy, urgent. His tongue expertly delved into her mouth, staking a claim.

She’d spent so many nights thinking about the taste and feel of his lips, but the fantasy could never have matched this. He tasted like she’d thought he would, like mint and Cubans and that insanely sexy aftershave that he wore. Holy crap, Jack Bennett is kissing me. The thought flittered through her mind for the briefest of moments before she went completely numb to everything but the intense sensation of heat— everywhere, exploding like a thousand fireworks inside her.

Jack wrapped his arms around her and tangled his fingers in her hair, keeping her mouth to his, assuring her there was nothing half-hearted about this encounter. Either he wanted this as much as she did, or he was very good at pretending.

No, this wasn’t pretend. He was in. All in. His tongue, lips, teeth, and powerful chest pressed to hers.

His lips drifted down her jaw line, and he tugged aside the fabric of her dress, finding her collarbone. His hand roughly cupped her breast, his thumb rubbing the outline of her hard nipple. His touch sent sparks racing through her. Her entire body screamed with arousal as he tilted her head back, leaving her to stare helplessly up at the ceiling light. Her head spun as his tongue snaked its way down her neck.

“First lesson,” he rasped against her skin. 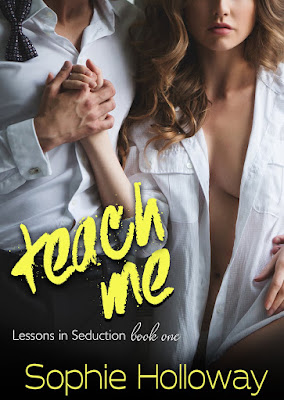 I'm Manhattan's biggest player, a man with a reputation for delivering unparalleled pleasure.

But she's untouchable. Off limits. And the most captivating woman I've ever met

I've never wanted a woman the way I want my business partner's little sister. But I've learned to hold back when it comes to the seductively innocent Eva.

Until the day she asks me to teach her everything. Absolutely everything. Every position, every seductive trick, every wicked, forbidden way I've ever pleasured the women I've brought home.

I've promised to protect this girl, but there's only so much a man can resist...

I've wanted him for years.

Jack Bennett is sinfully gorgeous, utterly charming, and, as rumor has it, a GOD in bed.

The time has come to shed my virginity, join the ranks of women having sex in the city, and learn how to please a man.

Who else would I ask but him? My teenage crush, and the only man who has ever made my bones melt with one dark, sinful look.

The problem is--someone doesn't want me to move beyond the fear and pain of the past, and that someone is closing in on me...

TEACH ME is a serial romance and ends in a cliffhanger.

Sophie Holloway is from her favorite city on earth--Manhattan. When she's not writing, she's likely lost in a museum, basking in the sun in Central Park, or making excuses to buy gourmet cupcakes. She likes shoes, rooftop parties, lockets with surprises inside, arts and crafts (both in equal measure), long goodbyes, longer hellos, good friends, strong coffee and even stronger men. She hopes to meet her very own Prince Charming someday soon!