Born into blood, I was a mafia princess. Raised in hiding, I was a Californian sweetheart.

The day my father sold my thirteen year old body to pay off a five year old debt was the day my mother stole me in the dead of night. She protected me as she was supposed to.

My father may have been the king, but my mother was the queen.

The mafia blood was hers.

That was ten years ago. Now… the devil was on the loose.

Carlo ‘Hunter’ Rosso was my father’s right hand man and the boy I’d loved since I could tie my own shoelaces. He was always the most ruthless and the most deadly of all the children.

He’d thought I was dead until the day his assignment was given: Kill Adriana and Alexandria Romano. Kill the princess, and definitely kill the queen.

What he didn’t know was that the queen was dead, and the princess had taken her throne.

My father was going to learn the hard way that the empire he’d stolen belonged to me.

And so did Carlo ‘Hunter’ Rosso. 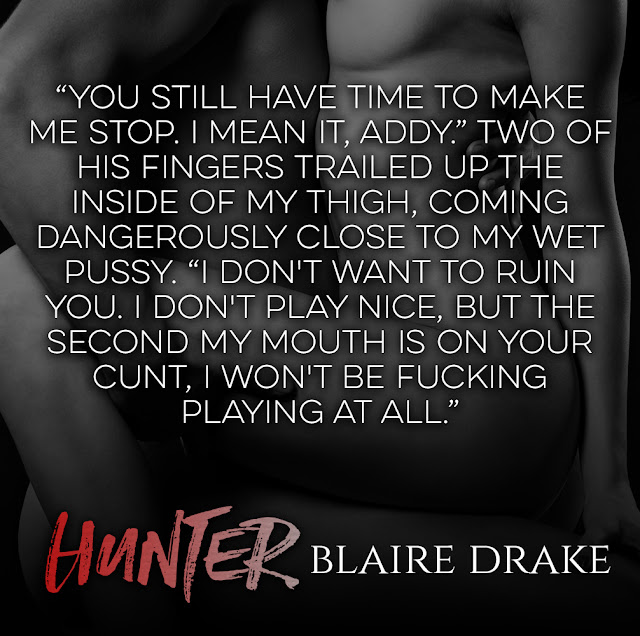 “Staying, are you? Figure it's easier to kill me in my sleep?”

Once again, he rubbed his hand across his face. He said nothing.

“Trying to work out whose life is worth more, right? Mine is probably worth a lifetime of comfort for you. Kill me and everyone's happy, right? My pathetic excuse for a father gets to keep his empire and you're taken care of for life.”

He looked at me, and his expression was a little tortured. I was being harsh. I knew that. But I needed to be. It was easier to provoke him and be angry with him than give in to the horrible ache that had settled in my heart.

I wanted to ignore the indecision on his face, but I couldn't.

He was considering it.

I scoffed quietly at him and grabbed the gun from the coffee table. His mask and gloves fell to the floor, but he made no move to pick them up. The safety was on the gun, and I held it out to him. “Here. Take it. I don't care, Hunter. I don't have much of a life here in hiding anyway.”

He didn't even look at the gun. His silvery gaze never left mine. I wished he would look away, because in that gaze, I saw the Hunter I knew. The boy who once ripped his favorite shirt to stem the bleeding when I fell and cut my leg, then proceeded to carry me home. The boy who offered to pee on my foot when I got stung by a jellyfish in Mexico on vacation when I was seven.

The boy I loved before I knew what love even was.

“You're weak, Hunter,” I whispered. Slowly, I turned the gun back to me and touched the barrel to my temple the way he did earlier. His jaw clenched when my thumb edged toward the safety, and when my finger moved to hook around the trigger, he moved.

He was like a lightning bolt. He came at me like a flash, snatched the gun from my hand, and dropped it on the sofa. It bounced but stayed on the seat, and then he turned on me with blazing eyes. “Don't,” he ground out, his arms tensing and looking even bigger. “Don't ever fucking put that to your head again.”

The words had barely left my lips when he pounced on me. It was deadly, the way his hands clasped my face and his mouth descended on mine. I staggered back into the wall, gasping at the ferocity of his movement. Shock paralyzed me as he kissed me harshly. His tongue ran along the seam of my mouth, and as I fisted the sides of his shirt, I bit his lower lip.

A low growl left his throat, but he didn't relent. He just kissed me harder. He kissed me until I was fucking spinning and could barely string two thoughts together. Until my whole body was alight with his touch and responding to his every movement.

He tasted like whiskey. The strong, rich taste that lingered on his lips was heady and only added to the intoxicating way he touched me.

And then... It hit me. He was touching me. Kissing me.

Twenty minutes ago, he could have killed me.

Blaire Drake is a pseudonym for a New York Times bestselling author who wanted to think outside her box and write the kind of things that would shock even them. She loves taboo romance and pushing boundaries in her work. She also enjoys long walks on the beach at sunset, as long as it’ll be followed by a good, old-fashioned spanking right after. 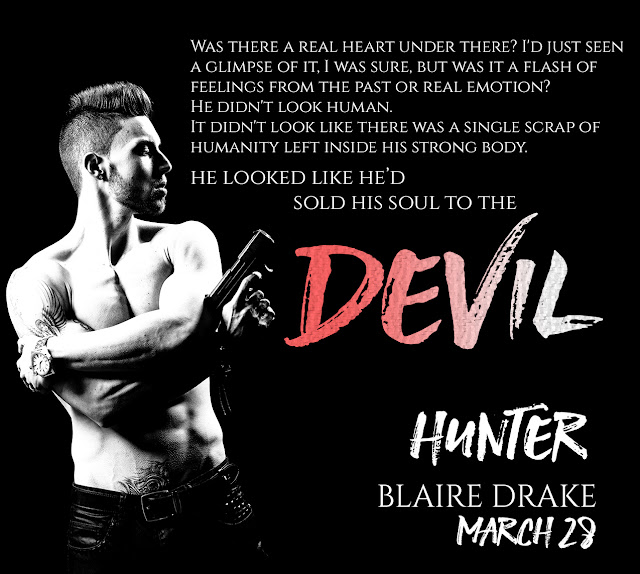