He saw me as one.
I became addicted to the other.

He saw us as forever.
I saw our love story as bittersweet.

It was all caused by one thing - total, abominable darkness.

But that was what we loved the most.

After all, darkness made these heroine hearts.


**Due to subject material, this book is advised for readers of a mature nature and not suitable for any readers under 18. Read at your own discretion. Use of tough subject matter includes rape, substance abuse, and violence.** 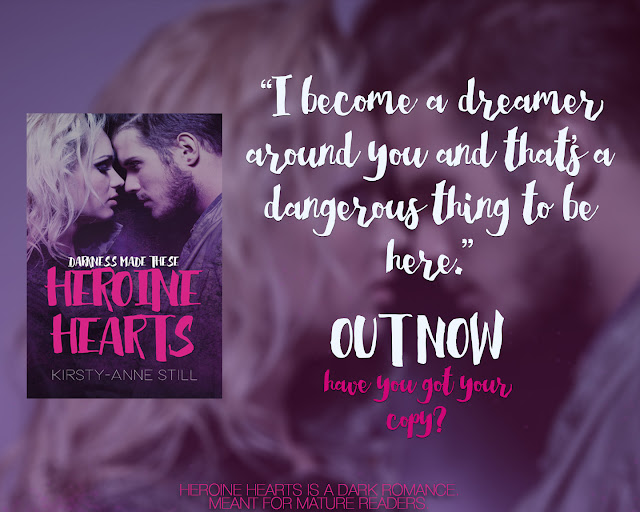 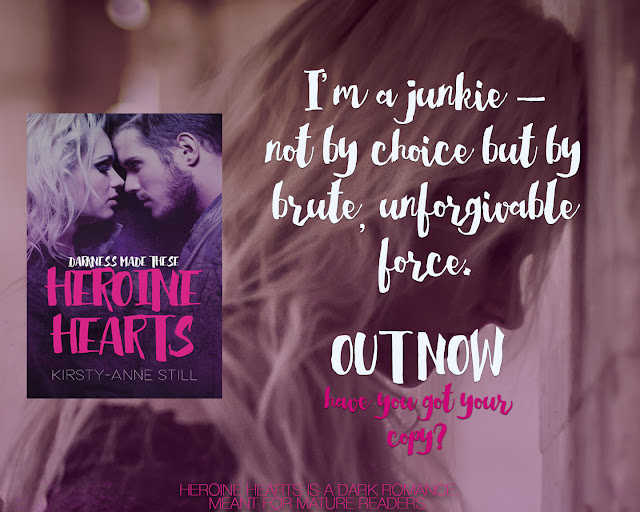 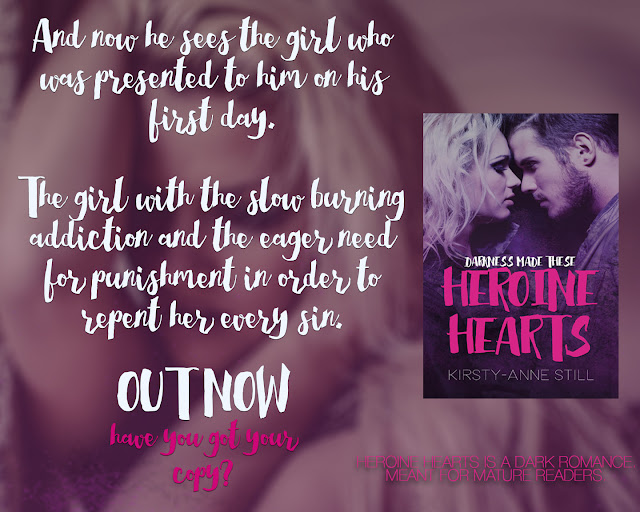 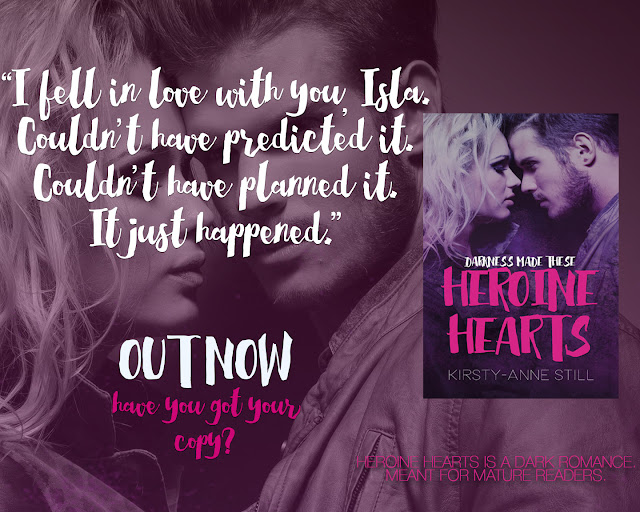 Kirsty is an English writer who spends most of her time daydreaming characters and lives she'll one day get to fictionally live. She writes suspense romances and romantic thrillers with dark twists. She prides herself on living with each of her characters while she writes them while trying not to get too attached! When she finally takes a break, she can be found spending time with her amazing family and friends, having a laugh, and usually searching a good horror film to scare herself with! Latest releases include the Pericolo Series: Femme Fatale (Pericolo #1), Femme Fatale Reloaded (Pericolo #2). The series is set to explode with Trigger - a standalone in the series - Femme Fatale Loved (Pericolo #3), Femme Fatale Finale (Pericolo #4), and Mobbed - a standalone prequel. Other releases include The Viper Series: Saturdays At The Viper Rooms (Viper #1), The Runaway Viper (Viper #2), The Viper's Bite (Viper #3). The Fire Series: A Fire That Burns and its sequel, Watch What Burns. Also out is Kirsty's co-write book with author Bethan Cooper, Your Little Secret.