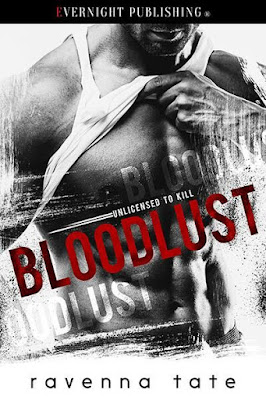 Daniel Basile, known to everyone as Digger, has loved Emmi LoPresti from afar most of his adult life. She’s the youngest daughter of Mob boss Tony LoPresti, for whom Digger has done extensive work. But Emmi wants nothing to do with him because he’s a contract killer. When her long time boyfriend moves across the country without her, ending their relationship, Digger sees his chance. But Emmi is no easy conquest.

During a snowstorm shortly after the holidays, Digger is at the LoPresti home for dinner with Emmi’s family. He wastes no time in letting her know he hasn’t given up on possessing her, but she tells him in no uncertain terms nothing will ever happen between them.

Until he kisses her later that night under the mistletoe in the upstairs hallway. But is this only sex? Or can the woman of his unending desires learn to love him? 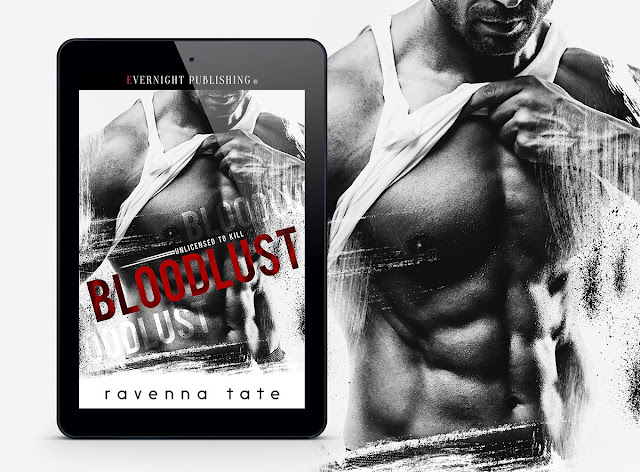 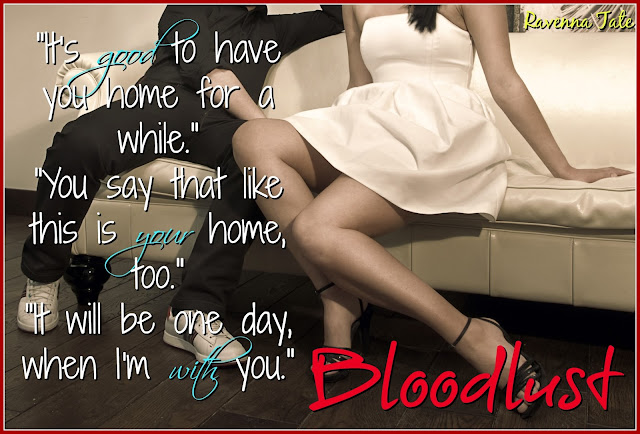 When Emmi emerged, Digger lay on the bed, lazily stroking his erect cock. My God, he was fucking gorgeous! Dark hair dusted his legs and chest, including a trail down his abdomen. Muscles adorned every damn inch of him. What the hell did he see in her? He could have any woman on the planet. She’d always thought him incredibly good-looking, no doubt about it. But there was a person underneath that handsome, rugged face and that perfect body. A person who wanted her, and only her.

“Looks like you’re ready again.” It was a lame thing to say, but her brain seemed to have gone soft. Emmi sauntered toward him, enjoying the sight of his hand sliding up and down that long, thick shaft. Her nipples tingled, and her pussy grew wet again. What supernatural power did this man hold over her that she was able to respond to him so easily, despite her misgivings?

And why the fuck was she questioning it?

She moaned softly as he grasped her breasts, kneading the flesh in strong hands. He rolled her nipples between his thumbs and forefingers, sending tiny jolts of electricity straight to her throbbing clit. Emmi buried her face against his neck and kissed his skin.

“Oh, that feels so fucking good,” he said.

“Everything you do to me feels good, Digger.”

“That’s all I’ve ever wanted to hear.” He lifted her up by the hips and lowered her pussy over his cock, easing her back down until he was all the way in.

It hurt a bit at first, but in a few seconds, as he slowly moved in and out, there was no pain. Only the now-familiar sensation of being filled to the brim and totally satisfied. She moved one hand to her clit, rubbing in time to his thrusting, and moaned loudly when another climax began to build. “That’s it,” he whispered, nuzzling her neck.

“That’s my girl. Jesus Christ, Emmi. I can’t get enough of you.”

No words were possible. Emmi was lost in the emotions and the feel of his body against hers as he fucked her faster now. The hair on his chest tickled her breasts, torturing her nipples with the sweet sensations. He held onto her hips and fucked her until she didn’t think she could stand one more second of it.

When her orgasm exploded, he cried out, too, and she swore she felt the contractions of his own climax deep within her. He kissed her, rough and messy, but that only added to her arousal. When he moved her off him she wasn’t done. She wanted more.

Emmi had never been assertive when it came to sex, but something about Digger made her bold. She licked his chest, tentatively running her tongue over his nipples. If it felt like heaven when he did that to her, surely it would feel as good for him.

“Oh fuck.” He grasped her hair and pulled her head closer to his chest.

Yeah. He liked it. So she did it a bit more before moving down his abdomen, following that dusting of hair to his dick. When she licked the tip, Digger swore under his breath again.

“God, woman. Please don’t stop.” Emmi got on her knees and bent over, licking up and down the length of his cock, massaging his balls with one hand, until he was rock hard again. “I had no idea someone your age could get hard again so quickly.”

She giggled at the look on his face, and at the tone in his voice. “You heard me.”

Before she could return to licking him, he shocked the hell out of her by pulling her over his knees and delivering three very hard smacks to each ass cheek. Emmi yelled, but at the same time, her entire body came alive with desire. Holy fuck!

“I know that, but it was still a bad girl thing to say.”

She twisted her head around and nearly came at the wicked humor in his dark eyes. “It was, wasn’t it?”

“Yeah. Very.” His eyes shone with so much lust she moaned softly.

“Maybe you need more swats before you learn your lesson?” His voice came out gruff, as if he needed to clear his throat. “Maybe I do.” Her own voice sounded smoky and sexy. Emmi bit her lip as another moan made its way up. She’d never felt this way. Not even close. Digger was the sexiest man she’d ever met, and she couldn’t wait to see where this went. 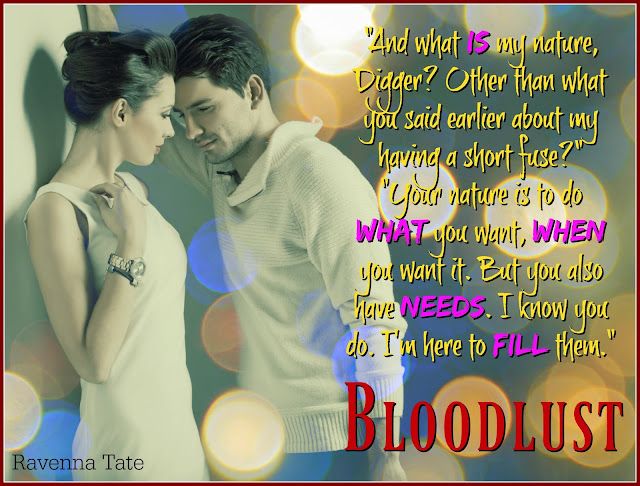 Emmi LoPresti never imaged she'd be here, but here she is back in her parent's house, taking a semester off from school, and healing a broken heart. She only wants time alone, but her meddling family have other plans in mind for her.

When Daniel "Digger" Basile heard the news of Emmi's break-up, to say he was elated would be an understatement. Now he'll do everything he can to prove to her just how perfect they can be together.

Emmi can't deny her attraction to Digger, but it's his "career" that has her pushing him away. Is there anything Digger can do to help Emmi get over his job or will it be too much to over come?

Bloodlust is a thrilling, exciting, sexy read that entertains the reader from start to finish.

I love Digger's determination to make Emmi his even waiting years to finally get his chance. He may work "outside" the law, but that's not what defines him. He's got a big heart, appreciates the little things, and very down to earth.

Emmi is fiesty little thing you can't help but fall in love with. She's smart, witty, and sexy. I adore how she doesn't immediately fall for Digger but takes the time to get to know him inside and out. And she falls she all in.

And when the sexy time gets starts it ignites into an inferno that can't be put out. Hot! Hot! Hot!

I really enjoyed Bloodlust and couldn't put it down. It's has everything I've come to expect from Ravenna.. witty banter, sizzling storyline, a seductive hero, a saucy heroine, and an all encompassing romance. 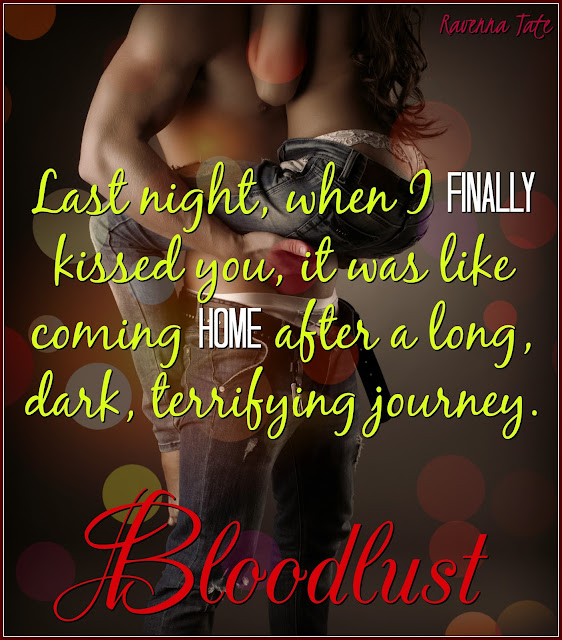 A series of stand-alone novels about contract killers and the women who love them... 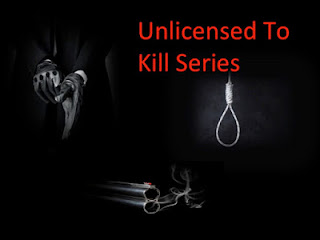 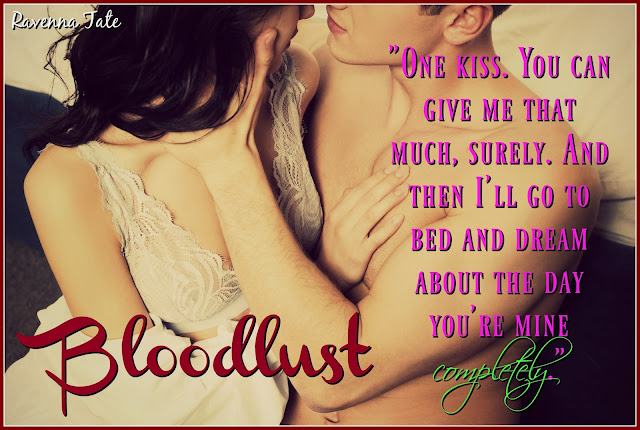 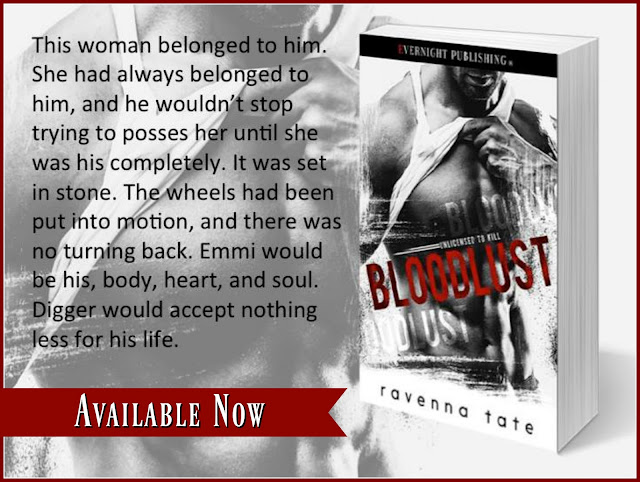