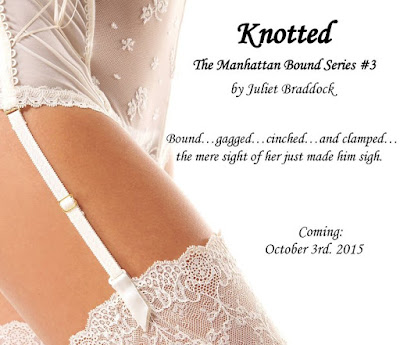 Spiraling from the bustling streets of New York City to the opulence of Paris, Knotted, the third book in Juliet Braddock’s Manhattan Bound series, continues the steamy journey of Maxine Kirk’s whirlwind romance with star of the Broadway stage, Drew McKenzie.

As their love continues to flourish, Maxine finds herself ensconced in Drew’s world, where power reigns in his all-consuming lust for her. From a blackout in Manhattan to a back alley in Paris to a castle in the Loire Valley, their passion knows no boundaries.

Knotted, the third novel in Juliet Braddock’s “Manhattan Bound” series of four books, is available at most major e-book retailers on October 3. 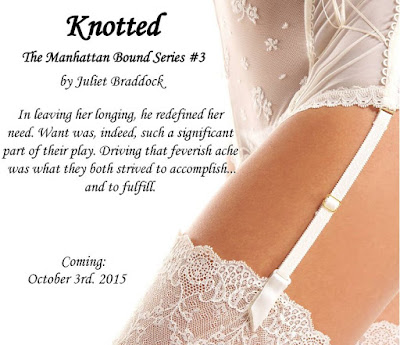 It was a gorgeous night, with the stars creating a twinkling canopy overhead, and as they walked along toward Place Vendome, Drew just couldn’t let her go.

“Perfect day, Mr. McKenzie,” she said, turning to him right beneath the obelisk and standing on her toes to offer her lips to his.

How stunning she looked with that alabaster skin and those lustful green eyes right in the stream of the Paris moonlight. He couldn’t resist her and brought his lips down upon hers, seeking to find her soul in that one lingering kiss.

“Know what I want, little one?” he whispered, his breath tickling her face. “I want to make good old fashioned vanilla love to you tonight.” Trailing his lips down over her chin and down to her neck, he exuded such tenderness in his affections and sentiments. “How’s that sound?”

With his ever-protective nature, he walked her through the square and headed on toward the front entrance of the hotel. They paid no mind to the few photographers who always seemed to be hovering beneath those white awnings, lying in wait for bigger celebrities. However, it was a slow news night, so the flashbulbs illuminated the amber-hued square. He was, after all, heir to one of the world’s leading luxury department stores. The paparazzi could always sell their shots to their sister publications across the Atlantic.

Drew knew this was just something they’d have to deal with on a much grander scale once they returned to New York—at least for the time being. They were a young, wealthy couple. In the public’s eyes, they’d also married on a whim. The society gossips watched them with fascination. So what if they got caught kissing a few times, he reasoned. If nothing else, they’d have something to laugh about over their morning coffee with the daily newspapers.

Once they’d returned to their suite, Drew couldn’t turn the lock quick enough before he pulled Maxine close again.

“You know, per your instruction,” she began, “I have an entire suitcase filled with lingerie…”

“Go change,” he whispered as his lips brushed her forehead. “I’ll meet you in the master.”

There were already a few logs burning in the fireplace by the time Maxine returned to him in their bedroom, wearing nothing but a tiny slip of pewter satin lavishly trimmed in lace and beading with the thinnest of straps trailing over her shoulders—just one of her finds from La Perla. Drew had already rearranged some furniture and placed the divan right before the roaring flames. He wore nothing but his boxer briefs and a serene smile as she stepped into the room.

As she joined him, he took her hands and drew her near—her cheek resting against his chest, her face turned toward the fire. Hands roaming over the exquisite silk of her tiny nightie, he murmured, “I swear you get more beautiful every time I look at you…”

His lips ever so methodically found hers, plying so delicately as the tip of his tongue barely flicked at the inside of her mouth. They were in no hurry at all. He simply wanted to relish in every second of that night.

As if he were handling a delicate, porcelain doll, his hands feathered over her arms, stopping to entwine their fingers before caressing each and every one. This play verged on innocence, but was so highly sensual for Maxine at the same time. He had to do nothing but simply touch her hand, and she’d felt that spark of arousal begin to simmer. All the while, his mouth never left hers, kissing her breathless.

Just as easily, his hands wandered down over the backs of her thighs, tickled behind her knees, then slithered down over her calves before journeying back up again. Unhurriedly, he slipped his hands beneath the lacey hem of her nightie. There was no rush. There were no urgencies. And he could easily delight in her soft, silky skin all night long.

As his fingers passed over her wrist and hand, his lips followed—nipping gently at her knuckles before suckling them into his mouth. Faces so near, she pressed her forehead against his, and tittered softly.

Her lips traced a line from the bridge of his nose, over his mouth and the dimple in his chin, dragging against the roughness of his stubble, and then swept down his neck. She couldn’t help but to marvel over how relaxed they both were. Feverish lovemaking was so thrilling, but this almost sleepy stillness was such an enthralling diversion from their norm.

Maxine hummed as she continued to kiss him , following every single curve and cut of his abs before dipping down to circle his navel with her tongue. However, she willfully resisted temptation to drift downward. This purposeful exploration, avoiding their collective most sensitive spots, lured them both in the thrall of temptation. For once, though, Maxine didn’t feel the need to push and test the limits.

Instead, she just snuggled up on his stomach, and rested for a moment, while his hands combed her hair, curling the now wayward strands around his fingers.

The clock, carved in gold, ticked away on the mantle, the sounds playing against the crackle of the flames. They had no place to be but for the circle of their embrace. Reality had all but been forgotten for the time being, as they lived in just that single moment of their lives.

Usually, Drew clamored to get her out of whatever she was wearing, but the absolute splendor of seeing Maxine’s delicate frame beneath that wisp of satin just held him captive under her spell. His hands continued their sensual caresses, and Maxine luxuriated in his gentle touches which lingered at the small of her back then played upon her hips.

Settling back further on the antique settee, Drew closed his eyes and eased his head toward the backrest. He could feel her slithering up his chest, her hands returning to his shoulders.

Beginning at his hairline, Maxine placed the tiniest of kisses all over his eyes, his cheeks, his nose, his entire face—until he caught her chin between his fingers and opened his eyes to find those two glistening emeralds gazing back at him. In return, he saw the love and adoration in her stare. 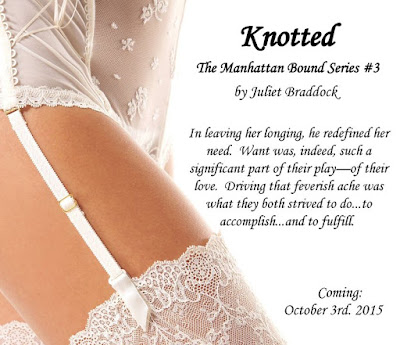 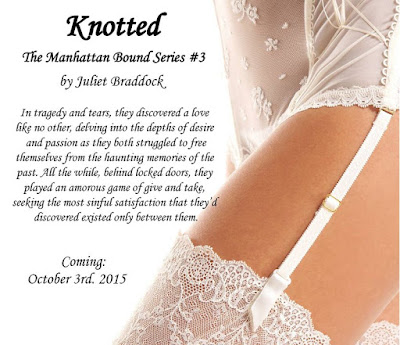 Juliet Braddock loves eighties music, wine, food, theater and all things French. When she’s not exploring the big cities of the world—most notably Paris—she lives and writes in Manhattan, and is the proud cat mom to a very spoiled Russian Blue rescue.