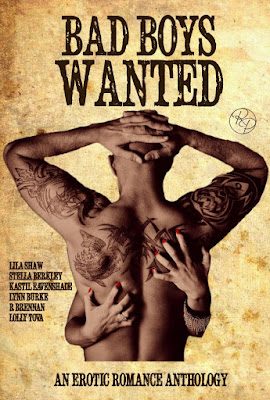 Lucky Lotto winner Amy Burns has had enough of family members begging for handouts. With her millions safely hidden from the general public's knowledge by way of an anonymous trust fund, she's moved west to find a new beginning. She's also found Jazz, a taciturn employee at her gym she can't seem to stay away from.Only problem? He's an ex-convict. Can Amy trust the former thief with her heart, especially after her relentless step-brother discovers her whereabouts and threatens to expose her secret, or might an unrepentant bad boy be the real winning ticket?


Over the Edge
by Stella Berkley

Nothing short of a lobotomy could make Roman King forget Sloane Holliwell—part angel, part devil, and all his. If only she wasn’t the love of his best friend’s life. Even though they’re broken up, Roman would never hurt his brother from another mother that way.

Sloane has been self-destructing since her darkest fantasy, Roman, cut her out of his life. When he finds her bruised at a bar, he saves her from yet another boyfriend disaster. But he still won’t claim her despite their obvious attraction.

Instead, he offers to teacher her how to be a submissive, so he can find her a master that will take care of her. Once he gets her in the playroom, though, he discovers Sloane is playing games of her own.

Four years ago, Constantine lost the only woman he ever loved. Now the incubus is culling the responsible vampire brood's food source. One by one he steals the souls of the blood sucker's familiars to turn the human population against his enemy. Blinded by vengeance, he makes the one mistake that could cost him the retribution he seeks.

Half-werewolf, Indira is thrust in the hands of the vampires to maintain peace amongst the clans. Instead of being an ambassador, she becomes a prisoner and forgotten by her pack. When the vampires bring a mysterious man trussed into their dungeons, he stirs something inside long since buried. Sexy and beyond anything she's dealt with, her beating heart yearns to sacrifice her soul for one taste of Constantine.

In the throes of revenge, can the light of one angel tame a beast bred in hell?

Samantha likes to bang a guy’s headboard and take off long before he bangs up her heart. Temptation returns in the form of a Zeus-like, tattooed hunk, the man whose first kiss roused her teenage hormones. His arrival carries the promise for more, but Sam's determination to enjoy a taste--or two--without risking her heart could cost her the chance at finding forever.


Temptations of the Cage
by R. Brennan

But when she meets handsome club owner, Damien Michaels, Trina has to remind herself he’s a potential boss, and off limits. Certainly not someone she should be imagining kneeling before and begging for just a taste of what’s hiding beneath his expensive tailored suit.

If she could just get her traitorous body to stick to the plan.


Without Words
by Lolly Tova

Ivy McPhee dreads attending her high school reunion, but she’s willing to brave her childhood tormentors to see the bad boy she sat beside everyday on the school bus. Though they never exchanged a word, a decade later, he still owns her heart, and she’s determined to find out if the connection she felt to him all those years ago was a shared experience.

Ollie Ashwood, lead singer of the successful indie band Infraction, is still every inch a trouble maker, but his days of partying and womanizing are over. He’s finally ready to claim the only girl he ever cared enough about not to sweet talk into his arms. Playing a set at his school reunion seems the perfect ploy to draw Ivy out and tell her she’s the woman of his dreams.

Any chance of the two alumni discovering the depths of their feelings for one another is shattered by a scheming ex-student. Only revelations about the past can get Ollie and Ivy back on the right track, but Ollie must first persuade Ivy to bear her bully’s teasing long enough to listen.