Spiraling from the bustling streets of New York City to the opulence of Paris, KNOTTED, the third book in Juliet Braddock’s Manhattan Bound series, continues the steamy journey of Maxine Kirk’s whirlwind romance with star of the Broadway stage, Drew McKenzie.


As their love continues to flourish, Maxine finds herself ensconced in Drew’s world, where power reigns in his all-consuming lust for her. From a blackout in Manhattan to a back alley in Paris to a castle in the Loire Valley, their passion knows no boundaries.

KNOTTED, the third novel in Juliet Braddock’s Manhattan Bound series of four books, is available at most major e-book retailers on October 3.

Juliet Braddock loves eighties music, wine, food, theater and all things French. When she’s not exploring the big cities of the world—most notably Paris—she lives and writes in Manhattan, and is the proud cat mom to a very spoiled Russian Blue rescue. 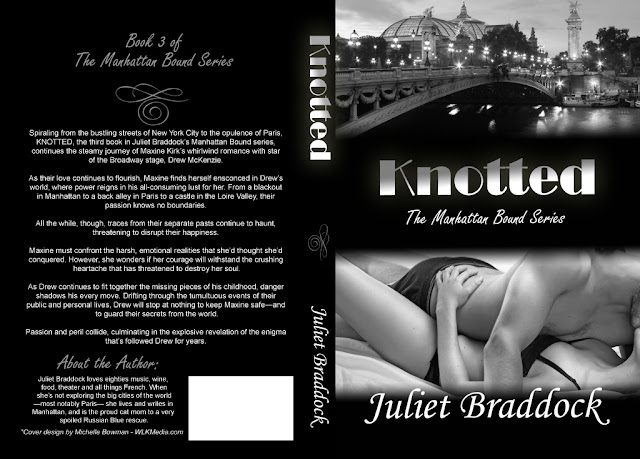