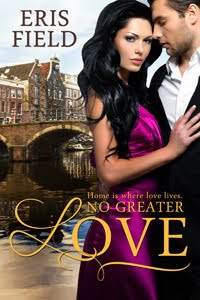 Home is where love lives.

This contemporary, warm, international romance moves from the U.S. to Holland, Turkey, and the Valley of Rubies.

Orphaned at age eight by an earthquake in Turkey and adopted by an American family, 28-year-old Janan has grown into a beautiful woman, a Circassian beauty. She dreams of having a home of her home, a home with love, but love seems to have passed her by as she has spent her life looking after the family, including an elderly, frail uncle whose father had sent him away from Holland as a child to escape German deportation during WWII.

Once jilted at the altar and now struggling with leukemia, a Dutch psychiatrist, Pieter, has given up on love. He has committed himself to helping the child refugees flooding into Amsterdam. That is, until he meets Janan and falls in love at first skirmish.

When she meets her uncle’s protégé, Pieter, Janan recognizes him as the man of her dreams, and knowing that he will be gone in the morning, asks him for one night. After introducing Janan to the purposes and outcomes of eight different kisses, Pieter vows to beat his illness and return.

Alone and faced with saving herself and others, Janan accepts a quid-pro-quo offer of help but will that decision destroy her chance of finding happiness?

“Oh, good! Your’re breathing on your own.”

Pieter dragged his eyelids open to see a beautiful mouth hovering over his. “I could stop,” he whispered.

“You’re not well.” The eyes staring down at him were accusing.

“I asked you to shovel,: she whispered as a stricken look crossed her face.

“I tried.” He felt her collapse on top of him. Strands of silky hair clinging to his chin and tears cold against his neck.

“I could have killed you!” she wailed.

“But you didn’t.” His arms came up awkwardly at first and then they settled around her holding her close. He was holding an enchanting woman in his arms and, in response to the slim knee pressed between his legs, he experienced a stirring that he had not felt in a long time.

As a seventeen year old student nurse at Albany Hospital, Eris met a Turkish surgical intern who told her fascinating stories about the history of Turkey, the loss of the Ottoman Empire, and forced population exchanges. After they married and moved to Buffalo, Eris worked as a nurse at Children’s Hospital and at Roswell Park Cancer Institute.

Now, Eris writes novels, usually international, contemporary romances. Her interest in history and her experience in psychiatry often play a part in her stories. She is a member of the Romance Writers of America and the Western New York Romance Writers. In addition to writing, Eris’ interests include: Prevention of Psychiatric Disorders; Eradicating Honor Killings, supporting the Crossroads Springs Orphanage in Kenya for children orphaned by AIDS, and learning more about Turkey, Cyprus, and Kurdistan.