Aiden Kent never expected to see Noelle Rana again. He’s determined to keep his distance from the beautiful enigma wrapped in denim and leather. He can’t trust anyone with the last name Rana. But he made a promise to his dying mother, and it isn’t long before Noelle invades his personal space. He can’t stop thinking about the exotic beauty’s alluring curves.He wants the daughter of his enemy, and he’s determined to have her…if only for one night.

If Noelle wants to move forward with her life, she must make a deal with the devastatingly gorgeous, broody millionaire Aiden. He made a promise years ago, and she’s come to collect—even if it means facing down the only man who ever broke her heart. And there’s a really good chance he’ll do it again. 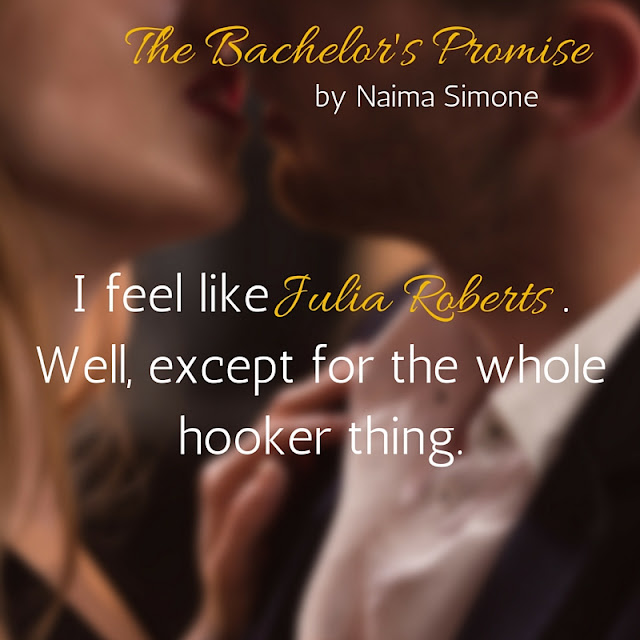 “One a woman paid thousands of dollars for. I can’t say I blame her for being…anxious.” Noelle cocked her head to the side. “Does that make you some kind of gigolo?”

He snorted. “She’s paying for a trip, not sex.”

“Really?” she drawled, disbelief dripping from every word. “So you don’t plan on fucking her? Is that a sudden moral decision or a physical problem?”

Slowly, he turned to face her. “If I didn’t know better, I’d think you were pushing me.”

“I don’t know. Details about my sex life? Do you want to talk about it?” he challenged. He shifted forward, eliminating the space between them in the already close quarters of the elevator. He leaned over her and planted a hand on the back wall, his arm nearly brushing her ear.

He tilted his head. “You sure about that?”

“Yes,” she said, but her gaze dropped to his mouth before quickly returning to his eyes. But not quickly enough. Lust licked at him, sent heat surging through him like a torch. And all because of a glimpse at his mouth. A hungry glimpse. A glimpse that, whether she acknowledged it or not, asked him to taste her. And fuck if he didn’t want to give it to her.

Her sweet, floral scent drifted to him, and damn if he couldn’t help pressing closer, inhaling more of her into his lungs. “You want the truth?” He waited for her nod, and when it came after a long moment, he placed his mouth next to her ear, letting his lips graze the outer shell. “Sex is a release, a pleasure. I love the sound of it, the scent of it, and damn sure the feel of it. You know what I’m talking about, right, Noelle? The burn of a man pushing inside you, stretching you, filling you until he’s so deep you don’t know whether to beg him to stop or give you more? The sound of bodies sliding over one another, screams of pleasure? Do you like that, Noelle?” He dropped his voice, roughened by the need that had been riding him like a fucking saddle. Leaning back, he gently pinched her chin and lifted her head. He wanted to see her eyes, needed to see them. Needed to read the answer to his question in them.

She didn’t reply, but with mere inches separating them, he caught the flash of apprehension in her gaze. If it’d only been nervousness he read in her eyes, he would’ve backed off. But underneath…underneath he spied something else.

Curiosity. Desire. There and gone so fast, hidden by the sweep of her lashes, but he’d caught it. Fuck, for both of their sakes, he wished he hadn’t.

Because a part of him—the part not ruled by logic or reason—wanted to satisfy that curiosity, that hunger. That part didn’t give a damn that she was the daughter of the man who’d stolen his mother’s spirit and the sister of the man who’d screwed his fiancée behind his back. Didn’t care that not only could he not trust her, he couldn’t trust himself.

No, this part only hungered to instill full knowledge in those blue eyes. Witness them widen with revelation….darken with pleasure. 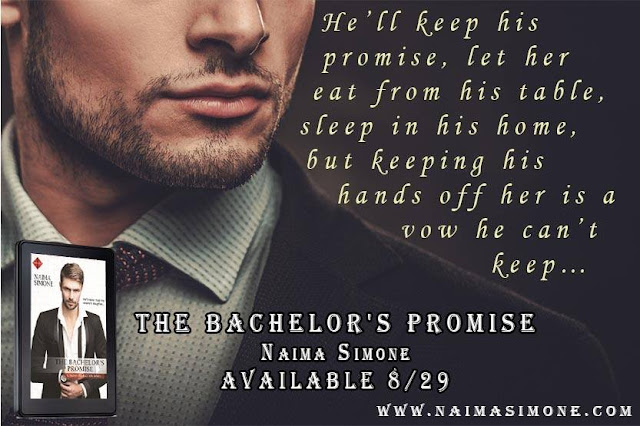 Catch up with the other books in the Bachelor Auction series...

Billionaire Lucas Oliver is hell bent on revenge. And his plan begins when Sydney Blake—the stunning daughter of his enemy—is tricked into bidding on Lucas at a bachelor auction. Then he serves up a little blackmail...followed by a marriage proposal Sydney has no choice but to accept.

Sydney has been controlled by her family her whole life. When Lucas threatens to reveal her father's shady business, she is once again forced to do her duty for her family. But worse—oh so much worse—is the rush of lust that Lucas ignites in her blood.

Lucas is determined to make Sydney suffer, but it’s tough when he can’t keep from touching her–or thinking about touching her–all the time. She’s not fairing much better since she’s engaged to a darkly handsome beast intent on destroying her entire family...along with her heart.

Plain-Jane computer programmer Khloe Richardson needs a date—one to make the prince of her dreams jealous. Maybe then he'll finally see her as a desirable swan and not the ugly duckling in the second office from the left.

But when she bids on a bachelor at a charity auction, the man she wins is millionaire Niall Hunter—who once made intense, passionate love to her and then left without a word. She's determined not to let her guard down again—among other things—around the infamous Irish lothario.

Niall never imagined his penance for one hot-as-hell night with his best friend’s little sister would be transforming her from a shy wallflower to a sultry siren. Helping her attract another man is torture...especially when he promised his friend he’d stay away. Plus, she wants forever, and he's not a forever kind of guy. But Niall can't stop wanting her. Can't stop touching her. Can't stop, period. And damn if he can remember why he has to... 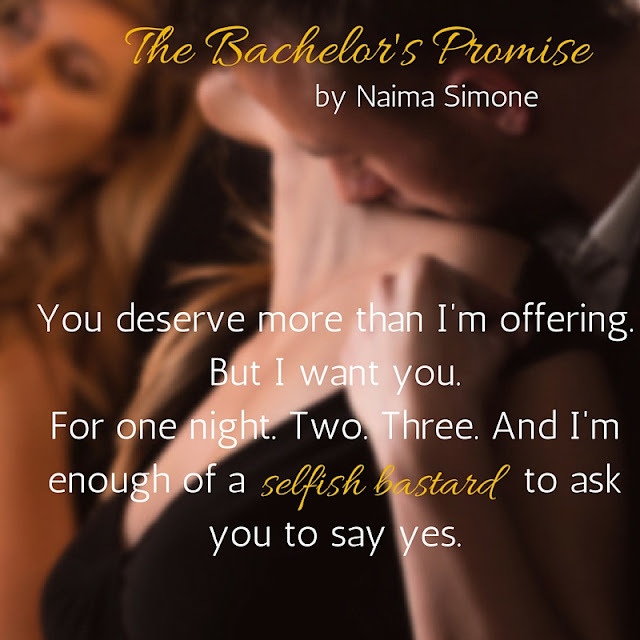 Naima Simone’s love of romance was first stirred by Johanna Lindsey, Sandra Brown and Linda Howard many years ago. Well not that many. She is only eighteen…ish. Though her first attempt at a romance novel starring Ralph Tresvant from New Edition never saw the light of day, her love of romance, reading and writing has endured. Published since 2009, she spends her days—and nights— creating stories of unique men and women who experience the first bites of desire, the dizzying heights of passion, and the tender, healing heat of love. 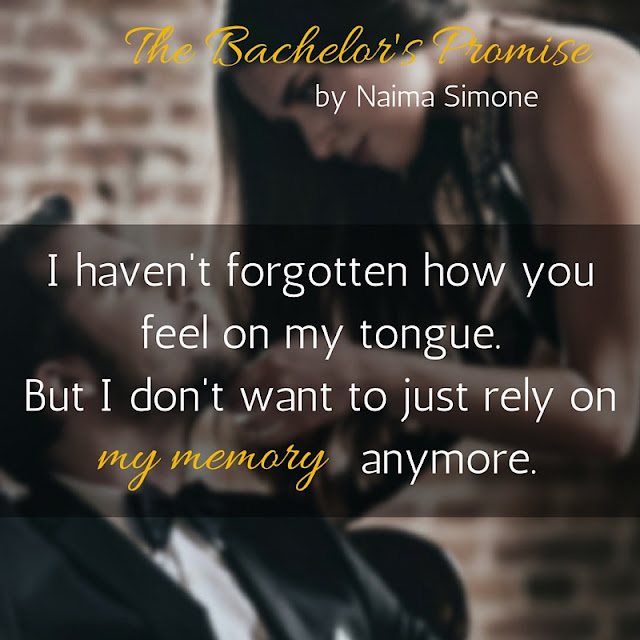