When you fall in love with your best friend, it’s the kind of love that’s supposed to last forever.

Jo Donovan was a true believer of happily ever afters—until her best friend, Christopher, was killed in Afghanistan, destroying her belief that fairy-tale endings existed.

Jo finds herself still stuck in the past, unable to find closure with Christopher’s death.

When she moves to Austin, Texas, with her son, Junior, she’s finally given the fresh start she’s been desperately seeking.

What she doesn’t know is that the fresh start comes in the form of her sexy neighbor, Drew Greyson.

Their friendship starts off rocky, but eventually, a spark between them ignites. It isn’t long before that spark turns explosive, and she finds herself falling for him.

Drew wants to be her everything, her forever, but will Jo’s pain from losing Christopher stop her from following her heart?

Warning: Recommended for ages 18+ due to explicit language and sexual situations. 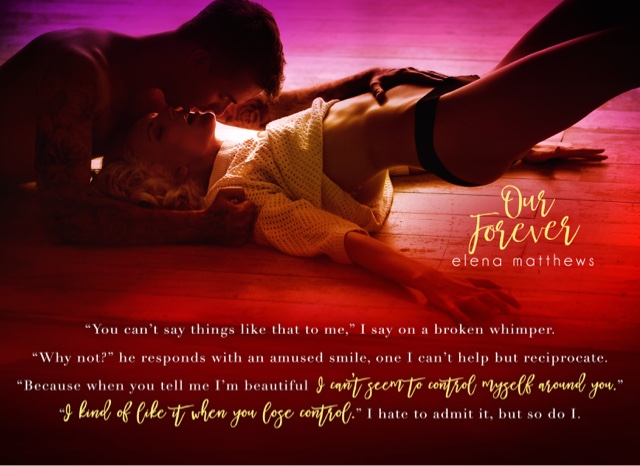 I furiously stomp to the side table, grab my keys, and storm out of my apartment, forgetting that I’m dressed in only a long T-shirt and panties.

My eyes zone in on my neighbor’s doorwhere the loud music is coming from.

I have no idea whom I’ll be dealing with, whether a drug dealer or an ax murderer, but that doesn’t prevent me from banging my fist against the wood of this asshole’s door.

I feel the wrath of a dragon burning through my veins, especially as I continue to knock on the door—or more accurately, aggressively imprint my fist into the wood—waiting for someone to hear me over the racket.

This is what happens when you wake mamabear up; she turns vicious.

Finally, after my hand becomes numb fromthe consistent banging, the music suddenly stops, and the door swings open. I’m on the guy before he can finish opening the door, but I don’t miss the way his eyes lazily fall down the length of my body in my barely there T-shirt.

“Do you know what time it is?” I shout. I don’t give him a chance to reply as I continue with my irrational rant, “It’s two in the morning. Two! That mind-numbing noise you call music has not only woken me up, but also my six-year-old son! Who in their right mind plays music at this time of night? It’s inconsiderate to your neighbors, especially ones who have just moved in. Thank God staying here is only temporary, and I don’t have to live across the hall to an asshole like you for long. Seriously, it’s too early for this shit!” I finish a little breathless. I was more abrupt than I needed to be.

As the silence lingers between us, I shift uncomfortably at the intense gaze that burns into me from a set of blue eyes greedily taking in my lack of clothing. I have the urge to pull my T-shirt further down my naked legs, but instead, I stand tall and stare him out, feigning confidence when I’m tremblinginside and my heart is racing.

Shit, what if this guy is a drug dealer or a murderer?

As my rage simmers and dissolves into fear, I finally take in the guy with the shit taste in music, and that’s when I realize he’s dressed just as indecently as I am. He’s in only a pair of shorts, and his messy dark brown hair looks as if someone put their hands through it a couple of hundred times, telling me that I’ve, no doubt, interrupted a sex session.

At that thought, through no fault of my own, my eyes instinctively drop down to his chest. That’s when I see how incredibly ripped he is, and his skin is decorated in various tattoos. I can’t help but follow the continuous patterns of art that cover both arms, noticing that one is Captain America’s shield tearing from out of his skin. The unique tattoos carry on over his right shoulder, along the center of his chest, and down his stomach. I continuelower, and it’s not until my gaze begins to drift to the V of his hips and the tattoos that fade into his shorts when I quickly avert myeyes.

My hackles rise again when I see a subtle smirk curling his mouth.

“Well?” I question, wondering why the hell he’s just watching me with an amused smile. When the silence continues and he doesn’t utter a single word, I huff in annoyance, my anger simmering again. “Fine! Don’t apologize, but do not come to my door when you need a cup of sugar! Good night,” I bite out before turning on my heels and heading back in the direction of my apartment.

Strange sensations of shivers erupt up my spine at the feel of his stare searing into my back. The heightened awareness throws me off-balance and quite frankly terrifies me, but I push the inexplicable feeling away and focus on getting the last word in. “Oh, and keep the goddamn music down!” 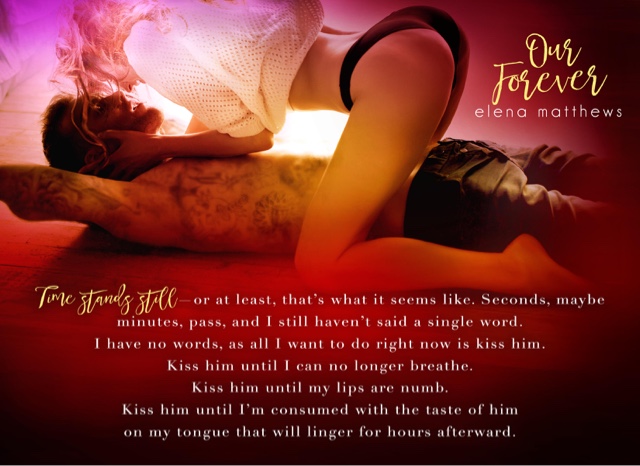 Receptionist by day, author by night, Elena Matthews is from Manchester, United Kingdom, the home of Manchester United, MediaCity and of course, Coronation Street. When Elena isn’t writing, she can be found with her nose in a book or watching guilty pleasures such as Grey’s Anatomy. And when she isn’t doing any of those things, you can often find her on Facebook, obsessing over Kellan Kyle, book boyfriend extraordinaire. 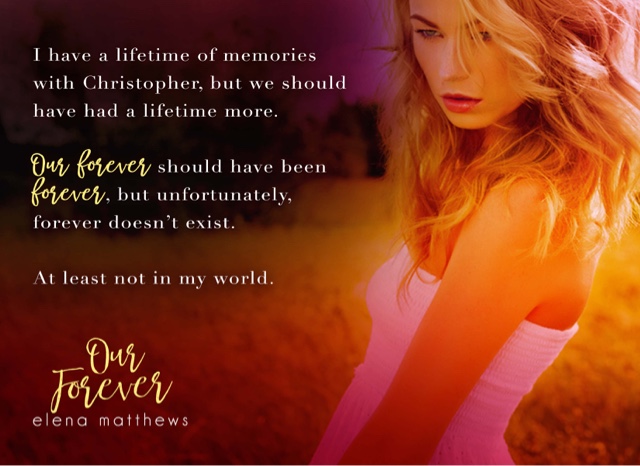 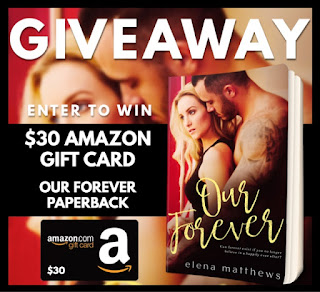 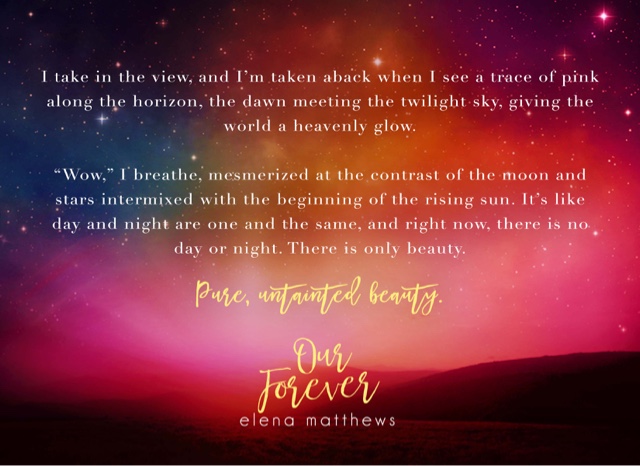