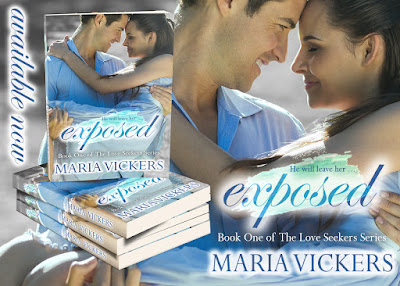 Your twenties are supposed to be some of the best, and certainly the most fun of your life, but for Emma Taylor, turning twenty-five brought her world crashing down around her. Four years after being diagnosed with debilitating disease, her love life is non-existent. A series of failed blind dates–courtesy of her friends–has left her feeling depressed and defeated. Intent on turning to her best friend for a vent session, Emma sends off a rapid fire instant message, except her message ends up in someone else's inbox. The inbox of hot Navy pilot, Bryan Sampson–her friend Mel’s best friend, and Emma's secret crush.

Bryan Sampson has only met Emma Taylor one time during a night of karaoke while on leave, but in one night, she managed to make an impression. She seemed timid and uncomfortable in her own skin, but underneath it all, he could see how strong she had to be in order to cope with her disease. So when her message catches his eye, he opens it without a second thought, and realizes almost immediately it isn’t intended for him. Now that he’s read it though, he can’t turn his back on her and feels duty bound to help the cause. Besides, what else is he supposed to do with his free time? He vows he will help her find love never suspecting that the more he talks to her, the more he finds out about himself…the more she occupies his thoughts.

Emma is determined to face her demons thanks to Bryan's encouragement, but little by little she begins falling harder for the one person who isn't ashamed of her or her disease. Can she put her heart on the line and take the risk? Can she convince Bryan that love, her love, is worth it?

Sometimes all it takes is one person to expose the beauty within.

Bryan: First things first, we need to work on your self-esteem. Who the fuck cares if you have to use a walker or a cane or that you’re sick.
Add slurring to the list. It doesn’t matter.

Me: Easy for you to say.

Bryan: Did you have this issue before you got sick?

Bryan: Which is a big fat YES!

Bryan: I have a dick, but I don’t think I am one. No wants a dick that big. They couldn’t use it. Where would be the fun in a 6’1” dick? There isn’t…unless we find a giant. If you find a giant, let me know.

Again I laughed. He seemed to be learning when I needed a break and when he could push…maybe. It wouldn’t surprise me if he continued to piss me off time and time again in the near future, as well as the distant future. Thinking about it, about the arguments and disagreements we were bound to have, gave me a small thrill. I could not explain it, but it clung to me like a small child holding onto his mother’s shirt. Presently, however, it lingered somewhere in the background.

I kept thinking about what it would be like to have this conversation with him in real life. Hearing his voice, seeing his facial expressions, and watching his reactions would have been priceless. Then again, it would wreak havoc on my crush and then my sister would find little bits of me everywhere because I exploded. I had this feeling he was going to become a great friend, which would have been fun if we were closer. On the other hand, I didn’t think I could open up in person.

Bryan: If you manage to find a giant, then maybe. Have any beans lying around? A beanstalk may be the only way to find one. :P

Me: So back to our discussion earlier, what is this oh so sage wisdom you want to impart?

Bryan: I already told you. You need to work on your self-esteem. The people who tore you down don’t matter any longer.

Me: Got it. Anything else?

Bryan: I know it isn’t that easy to accept or do, and I’m not expecting you to change overnight…

Bryan: But I know you can do it.
You deserve a good guy who will treat you well and will embrace everything you have to offer–including your illness, disease, handicap, disability, or whatever hell else you want to call it. 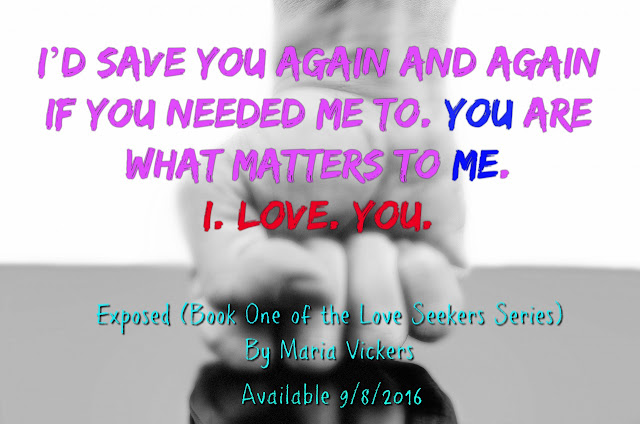 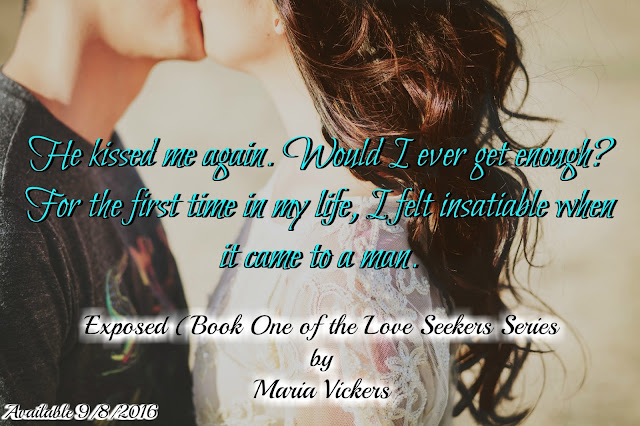 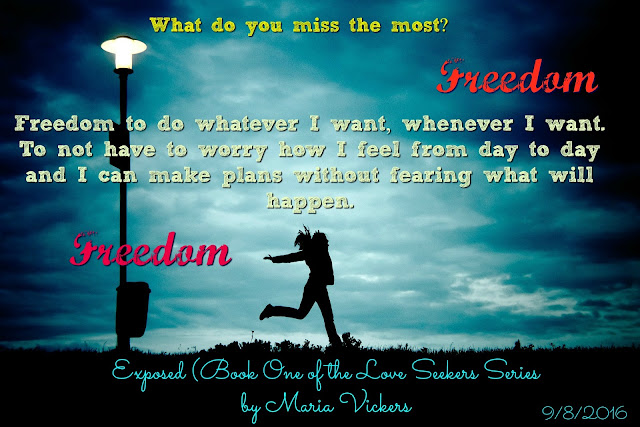 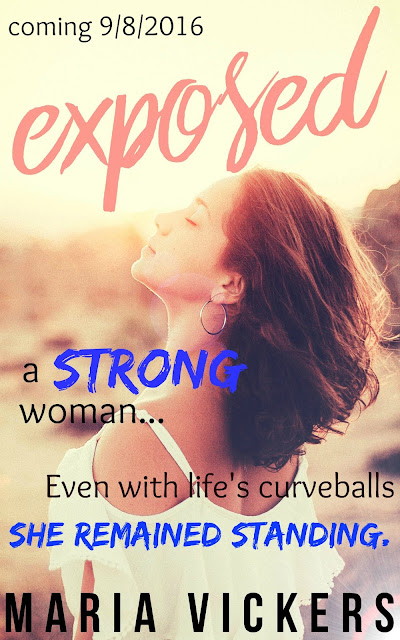 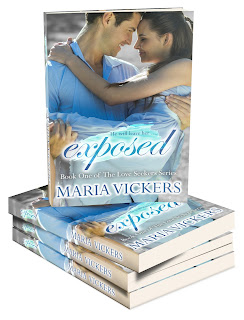 Maria Vickers currently lives in St. Louis, MO with her pug, Spencer Tracy. She has always had a passion for writing, and after she became disabled, she decided to use writing as her escape. Exposed is her second novel to be published.

She has learned a lot about life and herself after becoming sick. One of the things she has learned and lives by is, life is about what you make of it. You have to live it to the fullest no matter the circumstances.

I’ve always loved books. Not only creating stories, but reading them as well. Books transport me, and when I was younger, I would run into walls because I refused to put my books down even for a second. Take not, walking while reading is not advised. LOL.

With my books, I dream of sharing my stories with the world. I want others to be transported or to feel the emotions my characters feel. That is my goal. If I can do that for one person, I succeeded.

Getting sick changed me and my life, but it also opened doors that I thought were closed. Today, even though I may not be able to do as much as I once could, I still have my mind, and I can write.