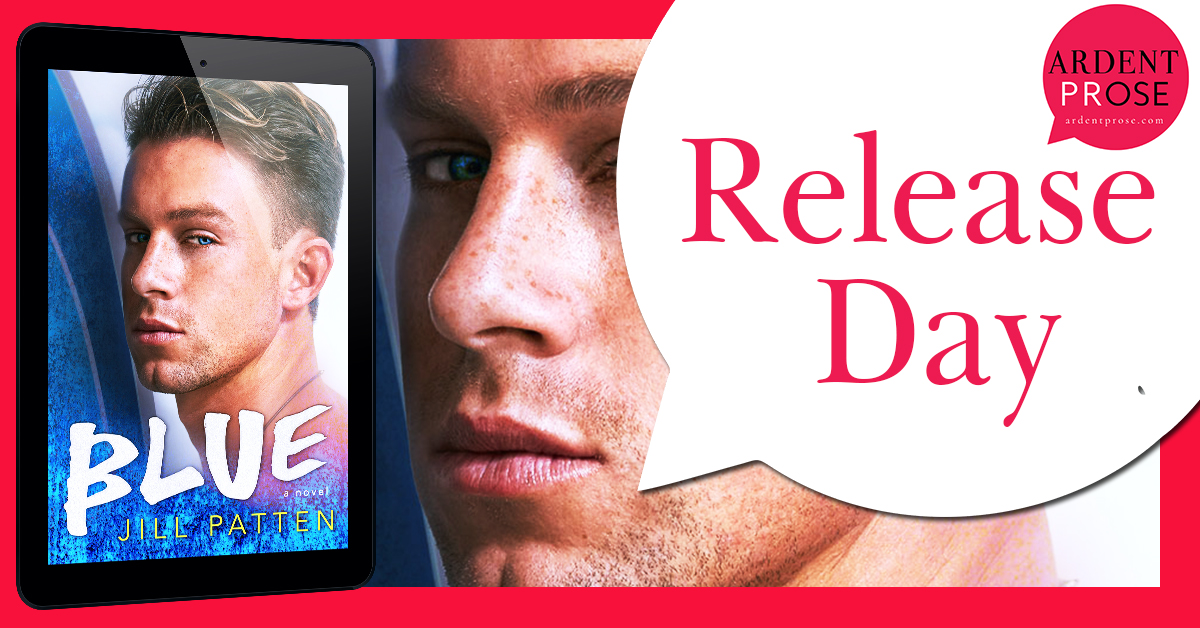 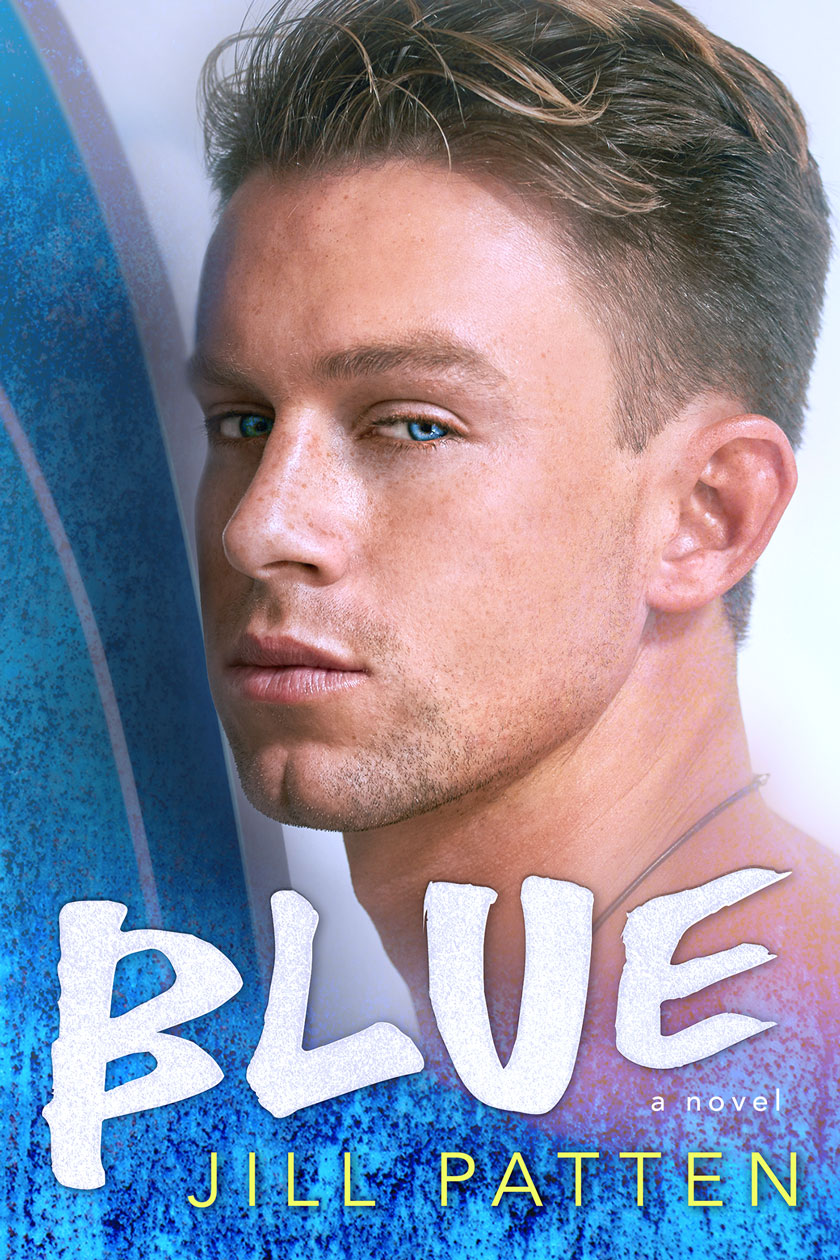 He is a thief.


She is his victim.


Lance King, known as Blue, is the charming, local surfer bad boy everyone falls for. This comes in handy since he enjoys taking advantage of privileged college kids as they throw money around wherever they go. What turns out to be a typical spring break quickly changes when he meets the one tourist who exceeds his expectations.


Phoebe McCormick is on her way to having the time of her life. With Panama City Beach in her sights, and her two best friends by her side, the possibilities are endless, or so she thinks. What she isn’t expecting is Blue, the local surfer to nearly ruin her long anticipated spring break. Her carefree attitude and his charismatic personality is the perfect combination for a successful friendship, but their relationship turns out to be anything but. Once the fantasy world of spring break is over and life resumes in Pennsylvania, a secret she thought she’d be able to keep hidden emerges, making it difficult to ignore.


He steals her money, but she will steal something far more valuable from him — a memento that will forever change his life.


He is her victim.

As I approach the pier, I notice someone spinning around clumsily. The way their slender body moves about in the shadows tells me it’s a female. I pick up the pace as I see her dance closer to the water. With the tide up, underneath the pier is the worst place a person can be, much less by themselves. Her arms are flowing out by her sides as she dances around like a ballerina, and her eyes are closed as she sings a song I’ve never heard before. She has a pleasant sound to her voice, but she can’t carry a tune for shit. Talk about an odd combination. She’s either drunk off her ass or she has a carefree spirit.
Like a creepy stalker, I watch her carelessly. My eyes drink in her slender legs reaching for miles until they meet the round curve of her ass. And a fine ass it is. The front of my shorts slightly tightens. My feet draw me toward her of their own accord.
Before I can reach her, she trips over her own feet and lands face first in the water. Wrapping my arm around her tiny waist, I pull her out with one clean sweep. She stares at me with wide eyes then suddenly busts out into a fit of giggles. Her breath circles around my face, and my earlier guess is right—she’s drunk. Her lanky arms wrap around my neck with more strength than I thought she had, and her mouth is on mine before I even know what is happening.
I let her kiss me. From what I’ve seen, she’s cute and sexy enough for my taste. Even though her movements are sloppy from her inebriated state, her tongue caresses mine with precise grace, and it ignites a spark within me.
The taste of alcohol on her lips reminds me of her drunkenness. As much as I like the way she tastes and the way her tight little body rubs up against mine, I know it has to stop. When I try to pull away, she grips the back of my head and holds me in place. It’s just a kiss, right? Who am I to reject someone coming onto me as hard as she is?
“Lie down,” she commands, so I do what she says.
I’m still fully clothed with only my shorts unbuttoned and unzipped. When the hell did that happen?
For someone as wasted as her, she has stealth moves when it comes to getting what she wants. Her hands are inside my shorts with fingers eagerly wrapping around my hard-on. “Fuck me,” she breathes against my lips.


Fuck! I groan to myself. Maybe this isn’t just a kiss after all. I know I shouldn’t follow through with her request but, God, she’s turning me the fuck on with just those two words. What am I supposed to do now? She climbs over me, straddles my waist, and then lifts herself up just enough to align my dick to where we both want it to be. I’m so hard by her bold confidence.
She’s drunk.
She’s vulnerable.
She’s not going to remember.
As much as it kills me to do so, I sit up, forcing her to scoot back until her butt is on the sand. I take her forearm and pull it until her hand is free from the inside of my shorts. My dick twitches in protest and my balls are going to hate me in the next few minutes. I’ve never in my life purposely given myself a case of blue balls.
She frowns at me as she shimmies out of her panties then shoots me a drunken grin when she tosses them close to the water. “I have something to show you,” she sings as she teasingly inches her dress up the top of her thighs. Beautiful thighs, I might add. God, the ache in my lower belly is starting to set in.“No, no, no, you don’t want to do that,” I retort while I try to pull her short dress back down.“You’re such a party-pooper,” she whines. She’s literally sitting there with her plump bottom lip pooched out while looking at me with hooded eyes. 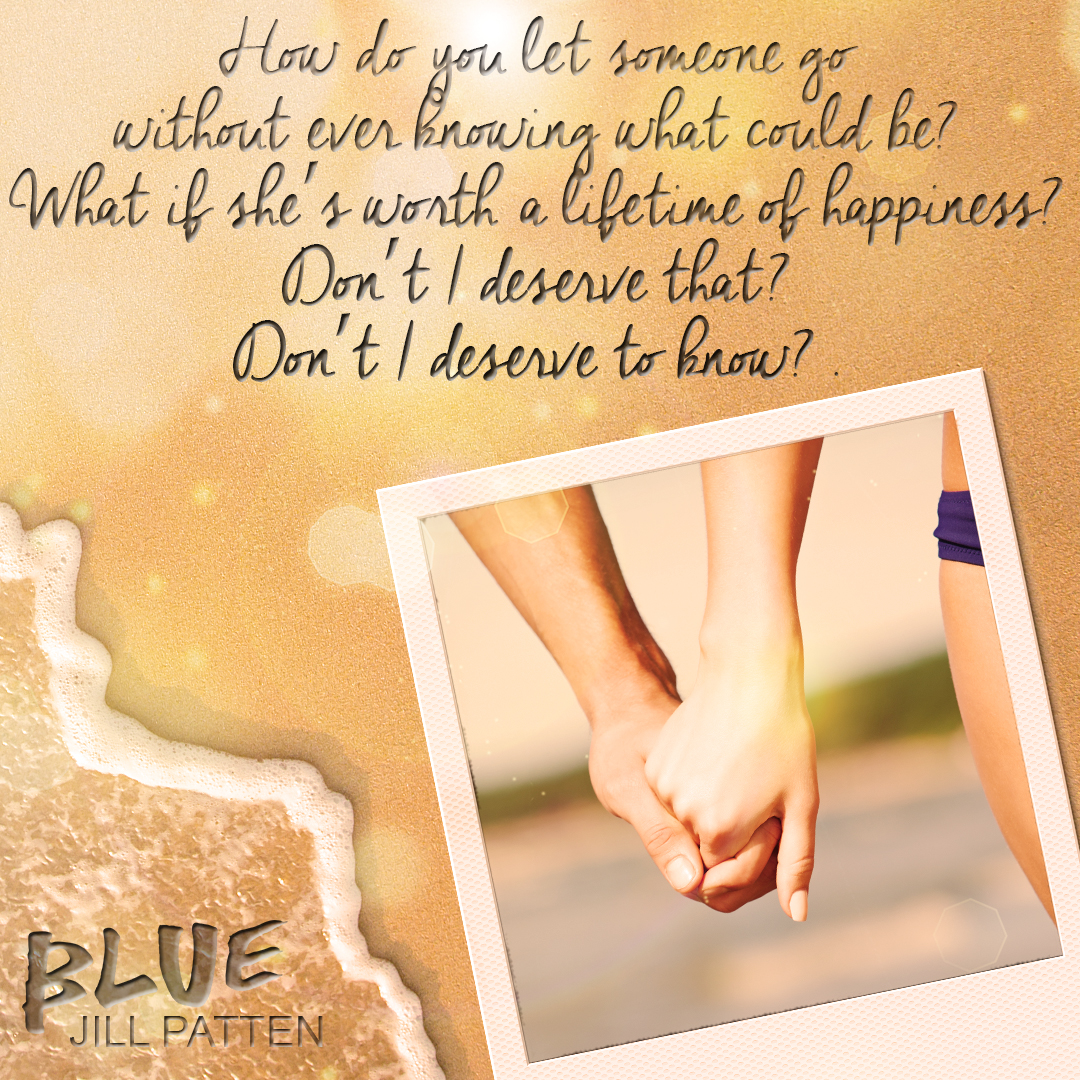 Jill Patten was born a Yankee, but raised a southerner. She lives in the small town of Mayberry, North Carolina which was made famous by a popular TV show back in the sixties. (Maybe there will one day be a statue of her at the end of Main Street. Ha! A girl can dream, right?)


Jill has always loved to read, even during reading labs in middle school for reading comprehension. Judy Blume was her first author she hero-worshipped, maturing to revere the works of Stephen King. With all the fantastic authors today, she simply cannot choose a favorite. Her taste is very eclectic and she loves almost all genres. When she's not captivated by her fictional characters, she spends time with her sweet husband and two beautiful children.


Music is her muse. Jill also loves elephants, sarcasm, and anything made with sugar, especially sweet tea. She enjoys all things rude and crude and laughs at stuff she probably shouldn't. She has been accused of being bossy a time or two, but doesn't really see it herself.


All in all, Jill is just a small town girl in this great big world trying to enable your book addiction.


Oh, and if you read her book, please leave her a review - good or bad, she'll love you forever.