Looking for something a little different?

Ella Jade has a full length romance novel that breaks the traditional mold and tells one hell of a story. 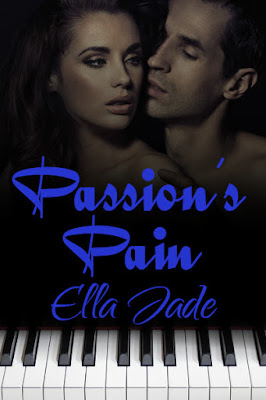 One woman…two men. Who will she choose? The father or the son?

Lilli Daniels has been down on her luck for quite some time. She's been homeless, hungry and alone for far too long. When an intriguing, older stranger enters the strip club where she's waitressing her life takes on a new direction.

Successful attorney Jackson Avis maintains complete control of every aspect in his life. When he sets his sight on the beautiful, young Lilli he's captivated and has to have her. He tempts her with a life of privilege and security. He introduces her to a world she never knew existed. Complications arise when Jackson's son Cameron expresses an interest in his father's girlfriend.

Lilli fights the attraction, but Cameron wants to give into his heart's desire. He's the complete opposite of his controlling, manipulative father and will stop at nothing to protect the woman he's falling in love with. Even if it means suffering the wrath of his father.

Sometimes life leads you down one path only to bring you to your true destiny. Can Lilli come to terms and figure out exactly who her heart belongs to?

***If you're looking for a different kind of romance, one that steps outside the box and breaks away from formula, this might be the one for you.

How About A Little Perspective Into Lilli, Jackson, and Cameron

“I went to high school with a Cameron Avis.”

“Did you date?” That would be far too amusing.

“Oh, God no.” Lilli laughed as she stared at his card. “He was a year older than me, popular, and would never give a girl like me a second glance. I was from the wrong side of the tracks.” She rolled her eyes. “But you can probably already see that.”

“Hmm.” Jack had a clearer picture of who Lilli was.

“I was shy and kept to myself,” she continued. “He was gorgeous, smart, and came from money. Definitely not my type.”

“Really?” Jack grinned as he got up from the table. “It seems to me I’ll have to have a talk with my son about not recognizing a good thing when he sees it.”

He saw the look of horror cross her face as he threw a twenty down on the table and headed for the exit. “Take care, Lilli Daniels.”

“Good girl,” Jack said. “We’ll talk later. I have to get some work done now. I’ll be here the rest of the evenings this week.”

He wiped the tears from her face and then gently kissed her lips. Lilli moved closer to him, parting her mouth and granting him access. She allowed herself to get lost for a few minutes. He let his hands explore her body, but then the doors to his study flew open and she heard a voice calling for Jack.

Lilli jumped back and looked in the direction of the sound. She’d remembered him like it was yesterday. He was five years older now and he looked more like a man than a high school senior, but he was even more stunning than she’d remembered. Her school girl crush stood before her as if not a day had gone by.

Cameron tried not to watch, but she was a beautiful woman with an amazing body. He couldn’t help but stare when she exited the hot tub in that tiny bathing suit and toweled off. The water beaded off her skin and dripped down her stomach, trailing lower and lower. He didn’t think it was possible to be envious of a drop of water until now.

He shifted uncomfortably in his seat and was thankful the water hid his obvious excitement over his father’s girlfriend’s wet body. This attraction he had developed for Lilli in such a short time could only lead to problems for all three of them. 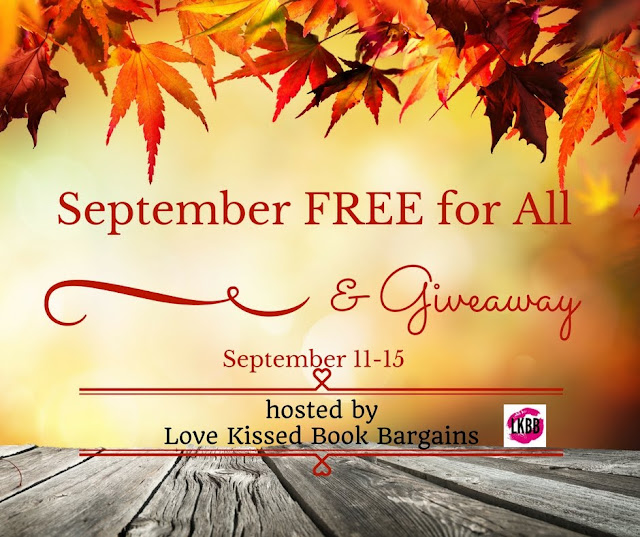 Check out the September Free for All & Giveaway!

Most of them are Free for a limited time. It's just our way of thanking our loyal readers.

Even better, we've pooled our funds to offer an awesome giveaway! Enter to win a Kindle and Amazon Gift Cards just for subscribing to our newsletters or following us on social media.

September Free for All & Giveaway