Can Tippy handle Brent's rougher side? 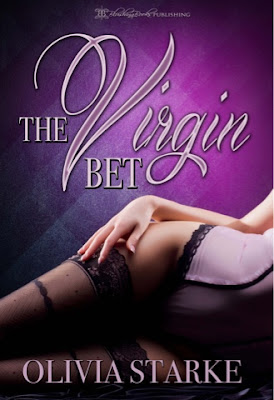 Tippy Madison has a pretty big secret—she’s a twenty-eight year old virgin. Thanks to her awkward teenage years, then a crazy college schedule, and, finally, her struggling bookstore, she simply hasn’t had time to date. When her beloved bookstore burns down one night, she ends up having a confrontation with a cop that leaves her handcuffed in the backseat of his police cruiser. A cop who happens to be Brent Kingston, the hot former quarterback she tutored back in high school. Though she finds him infuriating, she also finds herself having some pretty wicked thoughts about him.

Brent had a pretty big crush on the opinionated redhead who helped him pass English class. Now grown, Tippy is even more stunning—and just as strong headed. A good turn over his knee and a sound spanking is exactly what she needs, but it’s not enough for Brent. Tippy draws out his darker, kinkier, side, yet he quickly learns she is still a virgin. He worries that the feisty redhead won’t be able to handle this side of sex, but she is full of surprises.

As their relationship grows so does Tippy’s old high school insecurities. Can she overcome the shadows of the past, or will it drive them apart forever?

“Don’t tell me what to do, Brent. You’re not the big mean boss man here.” She folded her arms over her chest, lifting her chin. “You don’t have any say in how I feel.”

Her challenge was more than he could bear, if any woman needed a good spanking, Tippy was it. He reached for her, grabbing her upper arm, and brought his free hand down in a hard swat to her ripe little bottom. She squeaked in shock, and when he stepped back, her mouth gaped open. “W-what was that?” she finally managed after several sputters.

“Actually I think you need a good paddling, to be honest,” Brent said. “I won’t have you putting yourself down in my presence. Or any other time.”

“You actually think you can spank a grown woman, and get away with it?” She sounded angry—which was much better than her sounding ashamed. “I’ll…I’ll….” She trailed off, then stomped her foot.

“I simply won’t allow it! I’ve never been spanked in all of my life!” She gave a short nod as if that settled that.

“Won’t allow it?” He moved toward her. She yelped, trying to escape, but he had her, snaking his arm around her waist. She kicked and thrashed as he carried her to the couch, then screamed and spat like a trapped cat as he wrestled her over his lap, bottom up. “This is for your own good, Temperance.”

He brought his palm down in a hard swat to her ass. She squealed, and tried to roll away, but he pinned her down with his free arm. His hand came down again, harder.

Then she reverted to screaming obscenities, cursing, and calling him every name in the book, and then some creative ones he’d never heard, even in his years of being a cop. His palm popped against the material of her yoga pants, and he wanted to yank them down to get to the soft flesh of her behind. But he knew it’d be too much a temptation to take more than just a spanking, and she needed to learn a lesson.

His arm tired, but he kept it up, until Tippy blew out a hard breath, and shut up. Brent paused, resting his hand on her ass.

“Are you going to be good?” he asked.

He spun her around to face away from him, his strong arm wrapping around her torso, holding her tight. He nuzzled her earlobe. “Are you ready?” he asked.

Ready? She still wasn’t sure what was happening. His free hand inched its way down her stomach and dipped beneath the waistband of her yoga pants. When his fingers brushed over the front of her panties, she gasped, and tried to wriggle away.

“What are you doing?” she hissed between her teeth, fearful they might be overheard.

“Hush.” His tone broached no argument, and she clammed up.

His fingertips teased over her clit, and she sucked in a shaky breath. Then he pressed it in tight circles, and the world tipped on end. Her legs trembled as she opened wider, needing more. Needing it harder. Needing him to take her right there, yards away from a public pathway.

“That’s it, Tippy, enjoy yourself. You’re beautiful when you’re aroused. I can feel how wet you are for me through your panties.”

The tight circles changed to hard rubs, just what she needed. Her gasps turned to sharp inhales, and Brent’s hand closed over her mouth just as the orgasm hit. She screamed into his palm as the intensity of it washed through her, leaving her limp as a ragdoll.

“Good girl,” he said, his hot breath brushing by her ear. He turned her around, and kissed her lips. This time a gentle touch, before he pulled away. “I’ve been wanting to do that for the past two weeks.”

She drifted in dreamy bliss, looking into his smiling face. Her hand slipped down, and, feeling braver, cupped his erection through his shorts. She stroked him, enjoying the way he closed his eyes, and groaned. His Adam’s apple bobbed up and down. Finally, he took her hand, and moved it away.

“Not now,” he said. “You touch me anymore like this, and I won’t be able to control myself.”

“Maybe that’s okay with me,” she replied, trying to sound coy and seductive.

His face darkened, and when he met her eyes, a hot rush shot up her spine. “I play rough, Tippy. This isn’t the time or place for that.”

Her knees wanted to buckle, and she couldn’t begin to imagine what he meant by rough.


“Go home,” he said, leaning against the tree, rubbing his hands over his face, before shoving his fingers into his hair.

“What?” Surely he wouldn’t dismiss her so quickly, after giving her the only guy-induced orgasm she’d ever had.

Olivia Starke calls the Ozarks home. One of the most beautiful areas in the country, she loves hiking trails with her dogs, and enjoying southern Missouri's fresh air and sunshine.

She's also 'Mom' to four dogs, a growing number of kitties that show up at her door, and four VERY spoiled horses that do little to earn their keep. Not that she'd ever hold that against them.

She's a HUGE fangirl of Doctor Who and to a lesser extent Supernatural, and has a pretty interesting love triangle (or square?) going on in her head between the Doctor and the Winchesters. She is also sort of completely in love with BBC's Sherlock.